With the stellar Avengers Assemble topping off the Marvel Cinematic Universe’s “Phase One” just a year previously, it’s safe to say that the pressure was on for the third instalment of the box office-crushing Iron Man franchise.  But with fan-favourite director Shane Black (the Lethal Weapon movies, Last Action Hero, etc.) at the helm, and the early trailers hinting that Ben Kinsgley’s Mandarin would be the ‘big bad’ of the movie, the pieces were definitely in place for yet another MCU slam dunk.

As it turned out, Iron Man 3 would end up becoming easily the most contentious Marvel movie to date, with a “marmite” level fan response that, let’s be honest, is pretty well-deserved.  Yes people, there are some major problems with this one, but before we get to them, let me take a moment to point out that it’s not all bad here.

I mean, there’s Robert Downey Jr. himself, who – four films in – continues to remove any trace of doubt from the fact that Tony Stark was the role he was born to play.  It also doesn’t hurt that Black gives him a decent chunk character material to work with here as we get to watch his sporadic struggles with anxiety attacks in the wake of his heroics during the Battle of New York.

Sure there are some issues with consistency, and Stark’s confidence does veer a little too heavily into obnoxious arrogance on occasion, but for the most part it’s his innate charm and likeability – in spite of being a ‘billionaire philanthropist playboy’ – that helps give this film its backbone.  We’re also treated to some great Stark moments along the way, and his exchanges with youngster Harley (no, not that one) and spectacular MacGyver-esque assault on the Mandarin’s compound help to give us a much-needed look at the strength of the man himself, rather than the suit he wears.

The Extremis storyline too, while undoubtedly a little clunky at times, is another terrific comic book arc to get the big screen conversion.  And while Black only really cribs broad concepts from the iconic comic book series from Warren Ellis and Adi Granov, the idea of genetically enhanced super-soldiers who sporadically explode is, I’m sure we’ll all agree, a pretty solid idea to hang a movie on.

Unfortunately however, for all the strengths here, there are simply way too many inconsistent, awkward and out-and-out bad ideas here for this film to really ever get going.  Firstly, there’s the tone, which stays almost permanently in the “please god let’s not ever take ourselves too seriously” camp.  For every heartfelt moment of character development, there’s a grimace-inducing Downton Abbey joke.  For every slickly shot action set-piece, there’s an awkward slapstick moment to undermine the tension.  And for every intense, gripping new villain like the Mandarin, there’s… well… the Mandarin.

It’s almost impossible to review this movie without talking about Trevor Slattery.  And while I’m a huge fan of Ben Kinsgsley in general and his performance here in particular, Shane Black’s ‘bait and switch’ near the end of the movie is simply too problematic to gloss over.   Firstly, as hilarious as Kinsgley undoubtedly is here, the decision to have the Mandarin turn out to actually be a jobbing British actor playing a role smacks of the same level of “please god don’t take us seriously” that has permeated a lot of Marvel movies.  Everything needs a punchline, and every serious moment needs a rimshot and a knowing wink to the audience as soon as it’s over.  Ugh.

Now before I go on, I should point out that I’m not particularly precious about the Mandarin as a character.  The original version is a fairly cliched Asian stereotype with magic rings, so I was pretty thrilled when he appeared to have been morphed into some sort of elusive ultra-terrorist posting genuinely creepy propaganda videos following each of his attacks.  Also, the idea of having the character turn out to be a front for the real villain actually plays well into the idea of mainstream media manipulation and the need for the public to have a “bad guy” to be scared of and blame for bad things happening.

No, my issue comes from the fact that the real villain in this case happens to be a fire-breathing version of Mike from Neighbours.  Rule number 1 of the “bait and switch”, folks – it’s always a good idea for the thing you’re switching to not be such a crushing disappointment.

So yeah, the finale ends up being a massive fast-cut CGI dogfight between a group of Extremis soldiers we neither know nor care about and a squadron of empty Iron Man suits, followed by a tension-free, fairly predictable scrap between Stark and Guy Pearce’s Aldrich Killian.  Yes, there are some good moments like when Tony blows up all the suits and vows to go back to basics, and some of the tricks by the different versions of the suits are pretty cool, but for the most part the ending feels like a studio insisting that we get a big CGI firework display rather than, y’know, the story actually calling for it.

At the end of the day, Iron Man 3 is always going to be a movie that divides opinion, and a lot of that disagreement is going to be based around Trevor Slattery.  But even beyond this one glaring misstep, the film has so many other problems with tone, depth, and consistency that, in my opinion at least, it would open “phase two” with what could very possibly be the low point for the MCU so far.

Thankfully however, it would only have to end up wearing that particular dunce cap for, oh, around seven months.

See you next week.

You can check out the rest of our Road To Infinity War reviews by CLICKING HERE. 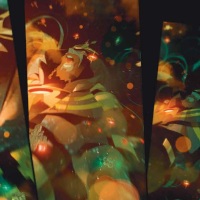