“It’s Buffy the Vampire Slayer if the villains were big pharma.”

From the blurb, I was pretty interested to read into this tale of ‘monsters’ and conspiracy. It’s the story of Scout Turner, a cryptozoologist who dissects monsters for a living, and their stumbling upon an apparent cure for asthma. Of course, the big bad pharmaceutical corporation doesn’t want anything to impact on their profits so thus begins a brutal cover up and a race for survival.

Being honest, my first impression wasn’t great. It wasn’t bad, just not great. There’s nothing here that initially stuck out or grabbed me quickly but in saying that, the art grew on me. Rodriguez and Carpenter start very crisp and bright which seemed at odds with the overall tone but build up to some punchy visuals. Everything you’d want is there – good expression, nice detail (especially with the monsters in the lab scenes), and solid layout.

The trouble is it took until about a third of the way through for it to ‘pop’. The depiction of the dissections, gore, action and monsters were where this worked best and I found touches like the succubus’ eyes really stood out; it’s a shame there wasn’t more!

This felt like a story which was straddling two paths. In some ways it could have worked just as easily without the monsters, delving instead into a shadowy world of corporate inhumanity. I guess though that this has been done many times before so best to mix things up. Bringing in the monsters to play up certain ideas is a good idea but it wasn’t weird enough for me personally.

Now it’s to the team’s credit that the oddities presented aren’t so over the top that it blows apart the suspension of disbelief but I would have liked more. I couldn’t help but feel this needs a bit more world building as it appeared to lack enough depth for me. More throwaway details like posters in the pharmacy for example to give context of the setting would really have helped take this up a notch.

I enjoyed reading this first issue of Breathless but I failed to make any real connection with it and I don’t think it hit me with any of its intended impact. At its heart, this is an allegory about the struggle to survive; about the trials faced by individuals who have to “pay to live”. However, as a British citizen who enjoys the benefits of our NHS, I don’t have any personal experience of the specific problems highlighted within this work but then I don’t foresee anyone who would read this disagreeing with the ideas presented either. I think therein lies the main problem with this overall.

Given the subject matter and publishing house, this just feels a bit like preaching to the converted. Pat Shand states quite clearly that this isn’t about preaching but about asking a question; I think it just might be the wrong one. 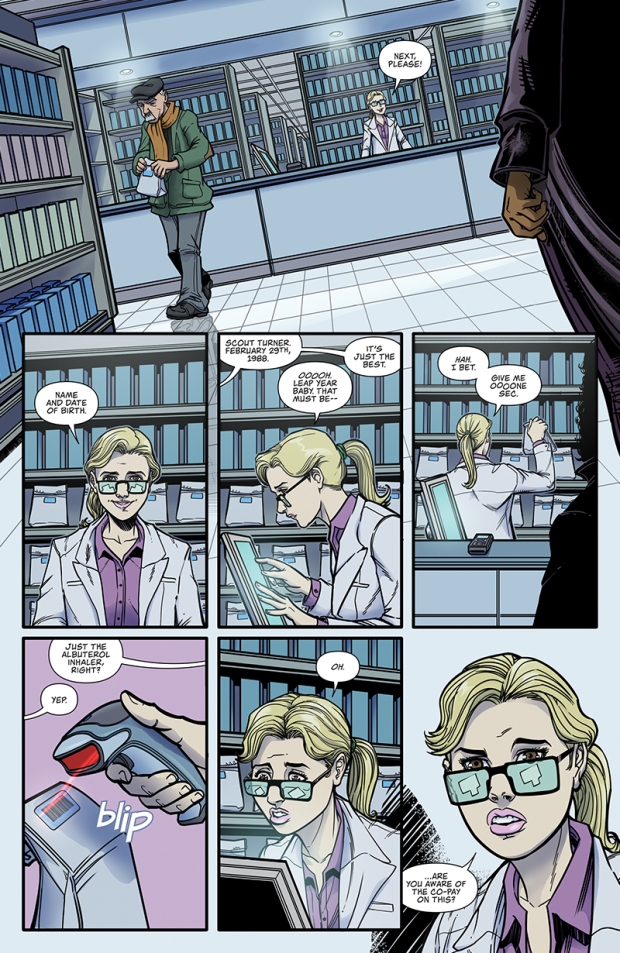 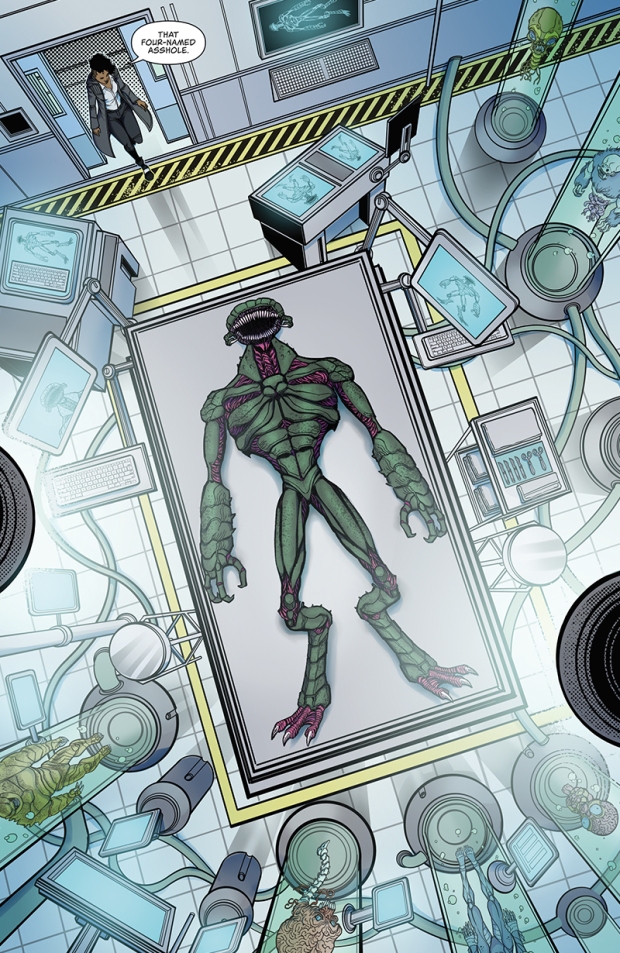