I don’t believe I have ever truly hated a comic book character until now. The title character in Demi-God is a complete and utter creep even before he gets his powers, and a frat boy/Wall Street banker ramped up to 11 afterwards.

The story kind of reminds me of early Booster Gold before he became the greatest unknown hero. Unlike Booster however, Demi-God has no hint of a greater moral code beneath the powers and bravado.

Just before his powers come to him, we discover that they appear to be the powers of this universe’s Hercules. And sure, he did try to defend a female co-worker from her asshole boyfriend, but given how he had been acting up until this point it was clearly just to raise his own profile in her eyes.

There is absolutely nothing likeable about him, an approach I find to be very refreshing. I can see the story ultimately becoming about the character’s moral journey from self-serving hero to genuinely good guy, but I actually kinda hope it isn’t. It would be an interesting take to see how this near realistic (from what we have seen so far) world reacts to a publicly known, greedy, self-interested hero. I can almost see this turning into a satire of modern life, and given how good the writing is in this first issue to make me dislike the title character so much I have high hopes for the future.

The artwork also helps sell this story wonderfully. It is very reminiscent of the 90’s Xtreme artwork style and again it screams how much of an unpleasant guy the hero is going to be. He appears to be modelled on film version of Scott Pilgrim character Lucas Lee (portrayed by Chris Evans) but on a massive dose of steroids. The action and other characters are also excellent but the character model is perfect for this story

If you are looking are a cathartic read to cleanse your palate I would highly recommend this book. The future of this book will hinge on what route the series as whole is going to take. I hope it takes the right one as there is an incredible amount of potential here. 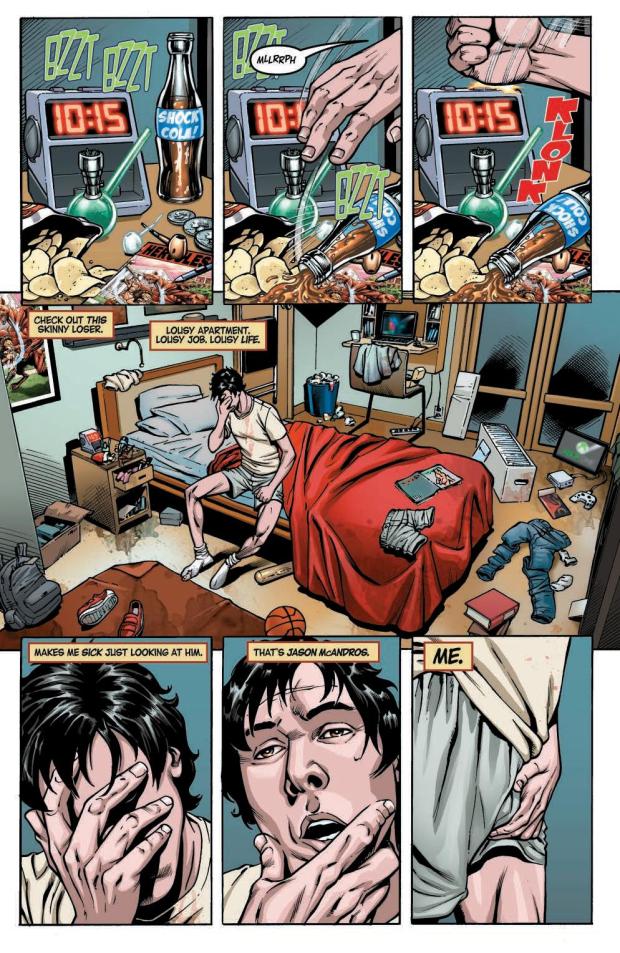 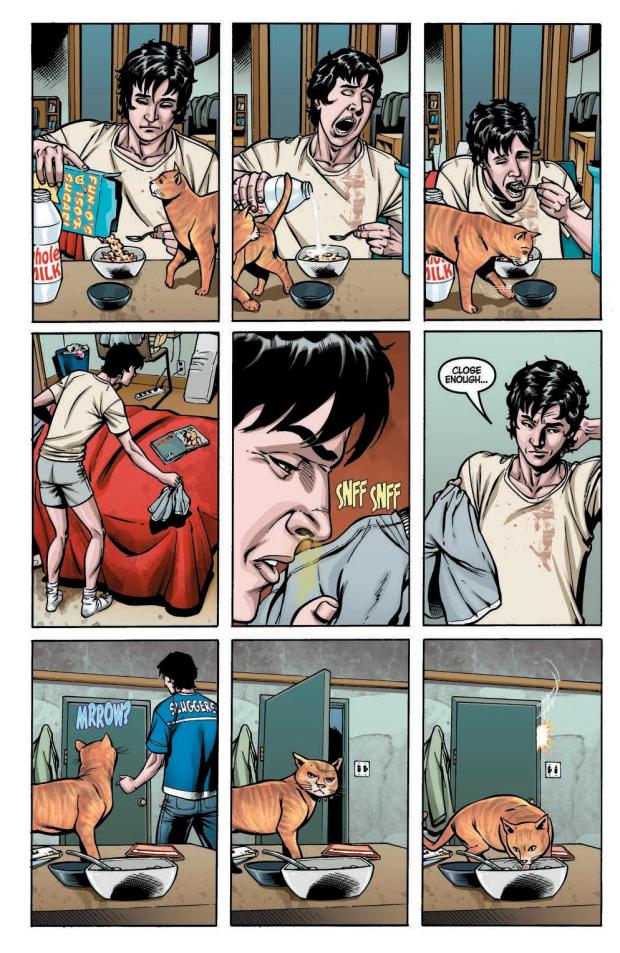