The penultimate issue of the Bizarro-verse saga continues with an all-out battle against Superman and Bizarro.  The Legion of Fun and the Super Foes also go head to head as the very planet they fight for is on the verge of destruction!

Gleason and Tomasi continue to write a battle of two contrasting tones, and the humour and the tragedy of such an upside-down world intertwine in ways most readers would not expect.  Bizarro proves once and for all that he is very much the opposite of our Superman, even when it comes to his family values as he makes a decision that is ultimately heart-breaking (although does make sense given his nature).  The world itself is tied to his very being and rather than try to resolve the turmoil and ultimately save, it he takes an easier route out.

It is difficult for us not to feel for Boyzarro. He is a product of his world and its confused nature and yet he is still able to from a bond with those from our universe.  The the real tragedy is realising that his version of normal is entirely wrong.  He deserves better than the life he was given but is it right to try to impose our morals on him and expect him to deal with it alone?

Doug Mahnke assists Patrick Gleason on pencils this month, resulting in some of the most beautifully detailed art DC has put out this year.  The Bizarro-verse characters are grotesque compared to our own heroes, but within their contorted visages we see the glimmer, the spark of something wonderful that differentiates them from the likes of Bizarro himself.  I enjoyed seeing the Legion of Fun members and the differences that come with them. Jo-cryer is a wonderful gag character, for instance but there are a many others.

Wil Quintana brings the entire thing to life, giving us a colourful yet disturbingly dark version of our own world.  The Legion of Fun’s colour pallets are inverted, swapped and otherwise tweaked in a way that invokes the polar opposite nature of some of our most well-known villains.

Like the previous issues in the series the Bizzaro-talk can prove a little confusing as they go full-on ‘backwards speak’ whilst the other characters speak as normal.  There are cleaver primers placed within the speech to remind us of this but, it may be a book you have to read through twice to get the full meaning.

This arc has proven surprisingly emotional and way deeper than I would have initially given it credit for, I am not personally a huge fan of Bizarro normally, but the way this story was written has completely changed my mind.  There is a lot of humour here and little visual and narrative gags but the last quarter of this issue is very touching and did have me feeling absolutely awful for Boyzarro.

I won’t spoil the ending but I was left smiling and looking forward to the next issue which will conclude not only Gleason and Tomasi’s run but also the Bizarro-verse story arc.  The team that pick up the series after their fantastic turn with the character will have extremely large boots to fill, as this run has been one of Superman’s best to date. 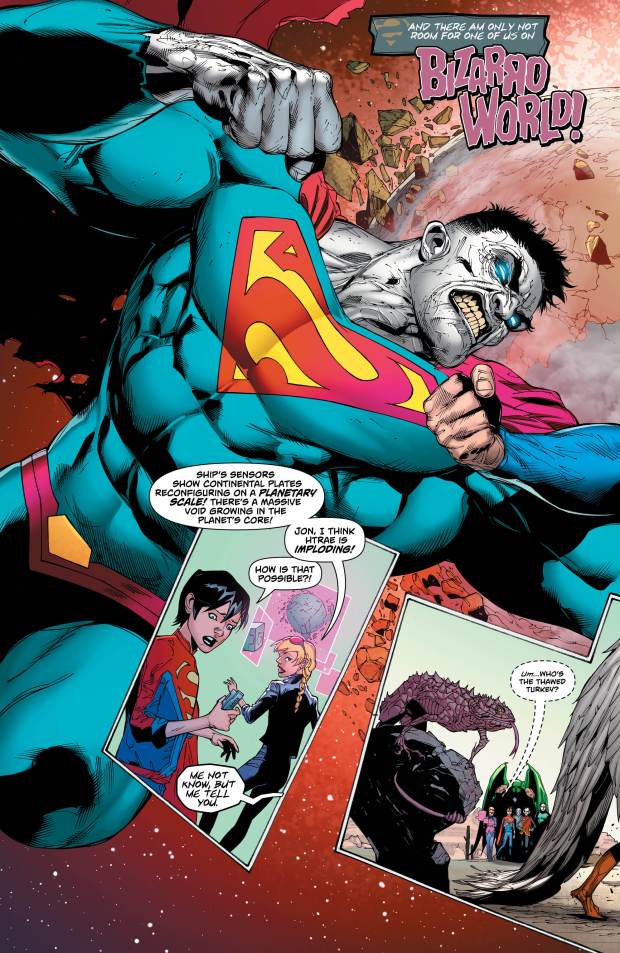 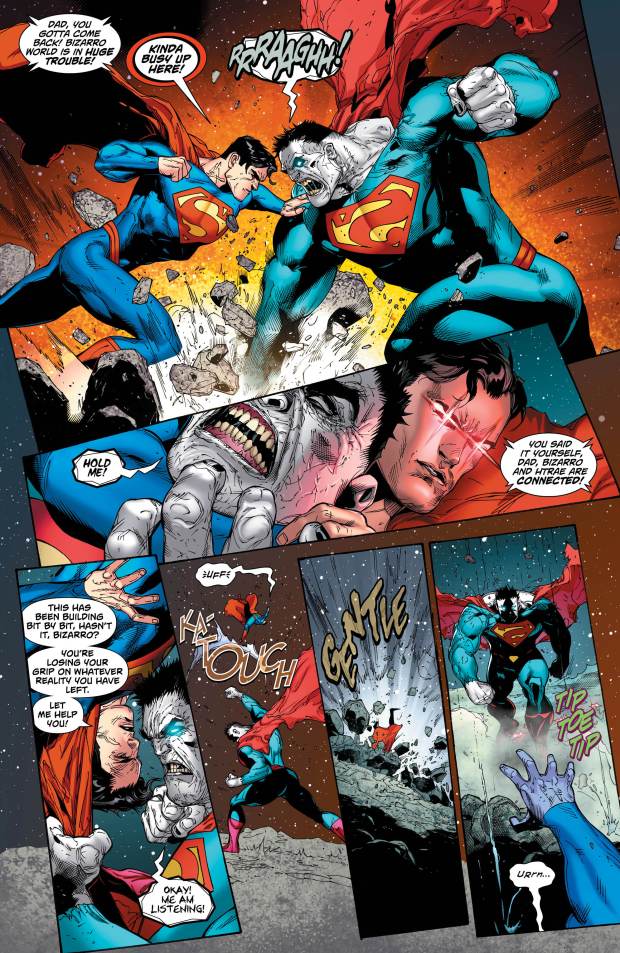