Peter Cushing’s iconic line from Horror Express has become the stuff of legend over the years and rightly so. In only five words, so much that we love about the Hammer era of cinema is perfectly encapsulated.

The same can be said about Horror Express itself though. A Spanish/British co-production, it’s as close to a classic Hammer horror as you’ll ever see, with one of the all-time great Lee/Cushing pairings, sumptuously realised period setting and a memorable monster causing absolute carnage.

It’s also one of the greatest British horror films ever made. 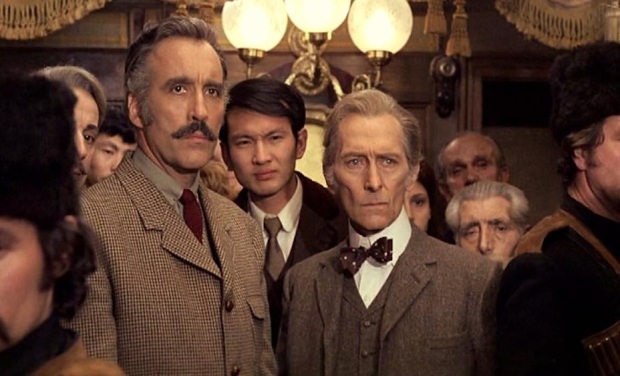 It is 1906. Alexander Saxton (Christopher Lee), is a British anthropologist working in the Far East, boards the Trans-Siberian Express with his latest discovery, a frozen humanoid specimen that he believes might be the missing link in human evolution.

Before the crate containing the creature is even on board, the bodies begin to start piling up around it.

Immediately, Father Pujardov (Alberto de Mendoza), a Catholic monk and spiritual advisor to the Polish Count Marion Petrovski (George Rigaud) and Countess Irina Petrovski (Silvia Tortosa), proclaims the contents of the crate to be evil, but his accusations are dismissed by Saxon.

It’s not long before he realises that he’s responsible for bringing a seemingly immortal, body-hopping alien killer on board the train and must form an alliance with his acquaintance and rival Dr. Wells (Peter Cushing) to find the creature before it’s too late… 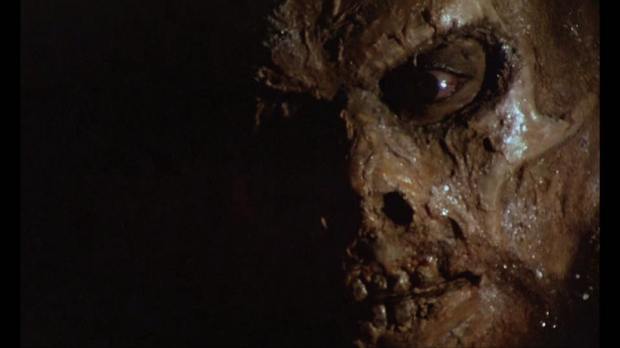 Taking some clear inspiration from John W. Campbell Jr’s Who Goes There? years before John Carpenter turned it into the greatest film ever made (you know the one), Horror Express does an incredible job of building tension from the off by gradually escalating the threat and capabilities of its alien terror.

Initially merely a humanoid creature that only kills anyone unwary enough to come near its crate, its menace and danger is built up beautifully and at a fierce pace as it learns more from those now-smooth brains that it has drained. By the time it’s possessing the Rasputin-inspired Pujardov, the creature’s powers are at its peak, wiping out Telly Savalas’ squad of Cossacks with ease. It’s immense stuff.

The whole idea of a timeless alien energy as the monster is nothing short of brilliant too, adding extra layers of complexity to what is essentially another base under siege story that we’ve seen so many times before. 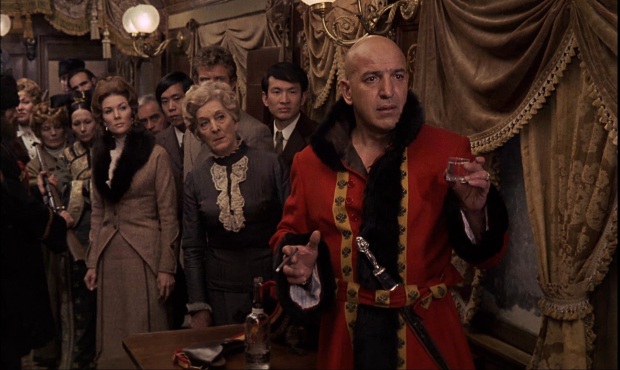 Those stories, by dint of the claustrophobic environment, tend to stand or fall on the strength of their cast and in that respect Horror Express gets it so, so right. Lee and Cushing are obviously the stars and both men put in as strong a performance as you’ll see from them, which is no small feat. It’s all the more remarkable when you consider this was the first film Cushing made after the death of his beloved wife and had to be encouraged to stay on the production by Lee. Ever the consummate professional, he’s magnificent in this and it’s a true testament to his character.

It’s an ensemble piece at heart though and the rest of the cast more than hold their own with the two legends. Silvia Tortosa is a stunning and charismatic presence, but gives her Countess a witty and playful intelligence, while Alberto de Mendoza’s Father Pujardov pretty much steals every scene he’s in.

Initially just arrogant, misogynistic and borderline insane, he goes from supposedly devout Catholic to full-on worshipper of (as he sees it) Satan as soon as he sees the beast in action. He’s got a hand in two of the film’s best scenes too, when he (as the creature) explains just how old he is with beautifully cold malice undercutting his every word and that massacre of the Cossacks in the darkened carriage, where one after another recoils with those bleeding white eyeballs. Glorious.

The whole Cossack arrival is perhaps the only misfire of the film though. Savalas is magnificent as the bullying leader Captain Kazan obviously, but it feels like they’ve wandered in from a Spaghetti Western at times. It’s quite a tonal shift, but it still works. Just.

Pretty much everything in Horror Express works though, that’s what makes it so impressive. The sets are stunning, the cast is uniformly excellent, the score brilliant and evocative, the effects spot on.

There’s a lot been said on how the genre was changing by this point and period-set horror was old hat. Maybe it was, but Horror Express is all the proof you need that classic horror done right is timeless. A stone-cold classic. There’s no other word for it.