It’s been a hell of a ride, but as they say, all good things must come to an end. The journey so far has completely uprooted everything that I believed about the characters of Gotham City, flipped me back and forth and landed, in many ways, back where we started before issue one.

So, to the story. Gotham is in the grip of Neo-Joker, the former jilted lover and second Harley Quinn to the original Joker.  She has taken control of Gotham’s rogues and held the city hostage in order to finally restore her lost love hidden in Jack Napier’s head. In order to save the city, Napier and the G.C.P.D. have had to resort to asking for the help of the newly incarcerated Batman.  Issue seven ended with a heart to heart between Bats and Jack where we see that the Joker has finally returned.

The action is all-out this issue – almost completely from start to finish is a collection of panels that wouldn’t feel out of place in a Hollywood blockbuster – while at the same time tying up all the loose ends of promised confrontations strewn throughout the arc.  Batman vs Joker, Joker vs Neo-Joker, Harley vs Harley. It certainly does not disappoint, and neither does the plethora of classic Batmobiles catering to the nostalgic Bat-fan in all of us. And, after the smoke from explosive Batarangs has cleared, Murphy supplies us with all the answers we’ve been begging for, delivering a truly melancholic denouement.

I walked away from the issue feeling conflicted.  In many ways the status quo has been restored to the world I thought I knew, but at the same time there are so many events that will shape this world and how I view the characters every time I see them from now on. It seems that this was a love story all along, of Jack and Harleen, hidden amongst the themes of self-discovery and false hero worship.

Tying it all together was one unsuspecting figure.  Someone who, for many, is just a one-dimensional pretty face in the background.  Dr Harleen Quinzel. Murphy has gone back to the roots of the character and shown her in a way that only her creator Paul Dini had really done previously.  He has reminded us of the conflicted psyche of a psychologist who fell in love with the human hidden under the madness, and shown us that all of this has been about trying to save that man and the city he loves.

And in that revelation, we’re left with a new problem. What is Batman’s place in this new world? Well that’s something he asks himself, and one we’ll find out about when White Knight returns at some point in the hopefully near future. 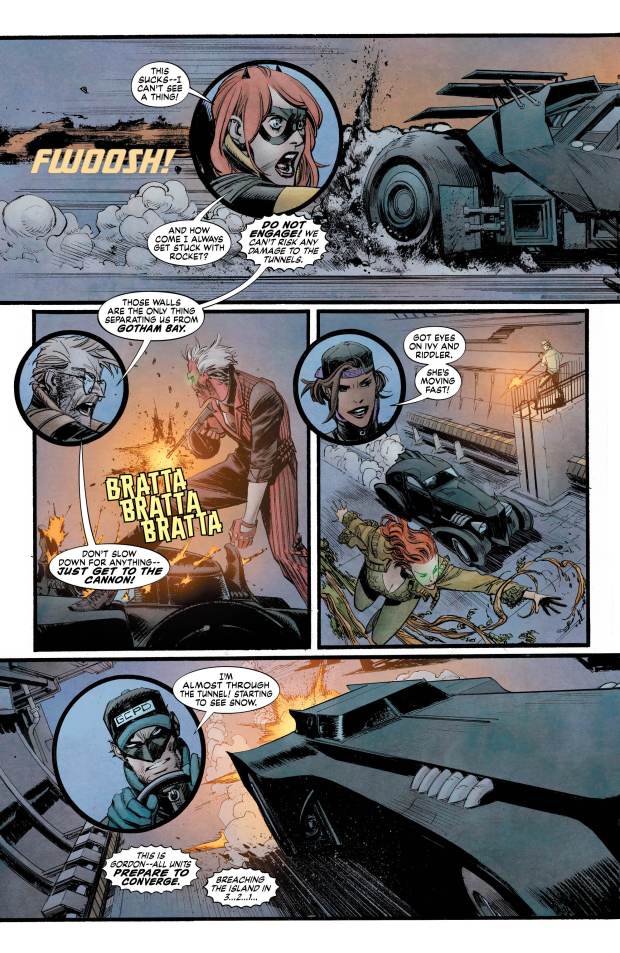