1972 was a good year for Amicus Productions, as it saw them crack out two of their best portmanteau horrors, Tales From The Crypt and Asylum.

Abandoning the EC Comics inspiration of its predecessor, the studio went back to the safe pair of hands that was Psycho-author Robert Bloch to craft a collection of chillers based on his short stories.

As usual, they packed the cast list with an array of top drawer talent, while drafting in a talented and proven helmer like Roy Ward Baker, with the result being a film that rarely misses its mark. 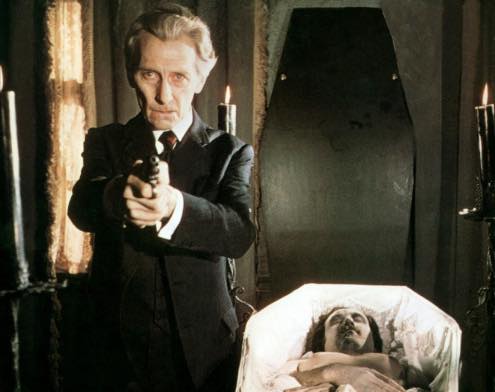 Dr Martin (Robert Powell) arrives at an asylum for the incurably insane for a job interview with a Dr. Lionel Rutherford (Patrick Magee), who has recently been attacked by an inmate and is in a wheelchair.

Expecting to be interviewed by the seemingly absent head of the facility Dr Starr, Martin is given a challenge by Rutherford, who explains that Starr has now been committed in the asylum as a patient. If he can identity which inmate is the former boss from a series of conversations though, the job will automatically be his…

First up, we encounter Bonnie (Barbara Parkins) in Frozen Fear. The mistress of an unhappily married man, she has been sectioned after her lover’s voodoo-practising wife took revenge on the pair for murdering and dismembering her. It’s a basic “from beyond the grave” revenge number this, but it’s massively entertaining watching reanimated body parts wrapped in brown paper attacking people.

The Weird Tailor sees the great Peter Cushing bring a bit of class to a delightfully warped little tale. Bruno (Barry Morse) is the inmate who was commissioned to make a suit from a strange material by the mysterious Mr Smith (Cushing). It’s a great idea at its core, with a smart double or even triple twist at the end.

Lucy Comes To Stay is the most obvious of the collection, with its “twist” howlingly obvious from the off, but it’s still a lot of fun due to the charisma of its leads. Charlotte Rampling plays Barbara, a young woman with previous experience of mental illness. Under the (extremely) close care of her brother and a nurse, she sees an opportunity for freedom when her mischievous friend Lucy (Britt Ekland) turns up. Okay, there’s no surprises here, but Rampling is wonderful here, waking a fine line between vulnerable and deranged, while Ekland is perfectly cast as the wilder side of Barbara’s psyche. 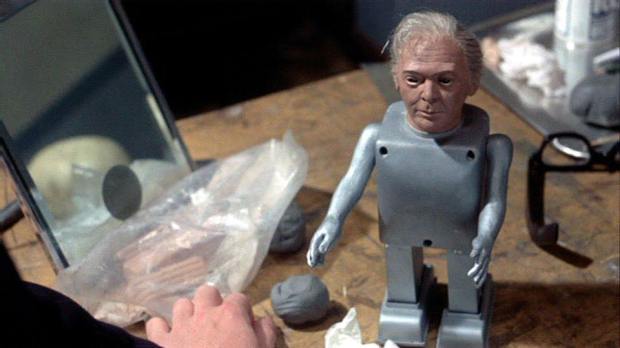 The closing story heads more into a sci-fi territory, with its ideas of soul-transference into automatons. Herbert Lom is on good form here as the mad scientist Dr Byron and the imagery of the crushed little metal figure with the very organic insides is one that lives long in the memory after the credits roll. Sure it’s slightly silly, but the sheer bizarreness makes it work.

The closing sequence is a vast improvement on most of Amicus’ portmanteaus so far, feeling more like another story than a simple denouement, which makes for a refreshing change.

Asylum is another example of Amicus really hitting a rich vein of form, with a strong script, cast and director coming together for one of their best efforts.