The official summary for Delta 13 plays with its cards very close to its chest. We are made aware that the blue-collar crew of an asteroid exploration vessel will encounter a terrifying threat the likes of which we can’t begin to imagine. So as deep space sci-fi horror, this leaves us open to anything from Alien to Event Horizon, and everything in between. With Steve Niles at the helm though, the premise does become a tempting one.

From the off, Nat Jones’ cover does its job with aplomb. The monochrome art is certainly vivid and is more than a little reminiscent of Giger with the fusion of human, the form at least, and machine. The dark foreboding image is enough to draw you in but, despite how graphic it is, actually gives little to nothing away about the contents therein. From this, we open on a splash of the vessel against the backdrop of the Belt followed up by an introduction to the crew as they go about their business, providing quite the stark contrast.

The issue starts slow and methodical. Niles does a great job of showing these characters as individuals with their own stories to tell, habits, quirks, and families back home. It’s difficult not to draw parallels with another well-known franchise here, but that’s not entirely fair because as soon as you have an open with a ‘working crew’ in a deep space vessel there’s bound to be similarities right? These characters are all perfectly believable and are given the breath of life with fantastic muted colours and some roughness round the edges.

Jones’ sketchbook style works well conveying the tired warmth amongst the crewmates or delivering haunting expressions when called for. The lines are great but it’s the reflection of the cold vast expanse of space which really works to emphasise the locale and the isolation.

Despite the obviously skilled characterisations and artwork throughout, this opening just feels a little formulaic. Perhaps it’s the aforementioned methodical pacing but even with the extra time to focus on the characters and setting there seemed to be little tension built before the big questions drop at the end of the issue. This feels like the decision was taken, and ultimately the right one, to forgo gimmicky shocks or tricks to focus on building the base of a greater story.

As a sci-fi horror though, being set in space aside, there isn’t much of either in this opening but it’s definitely one to keep an eye on. 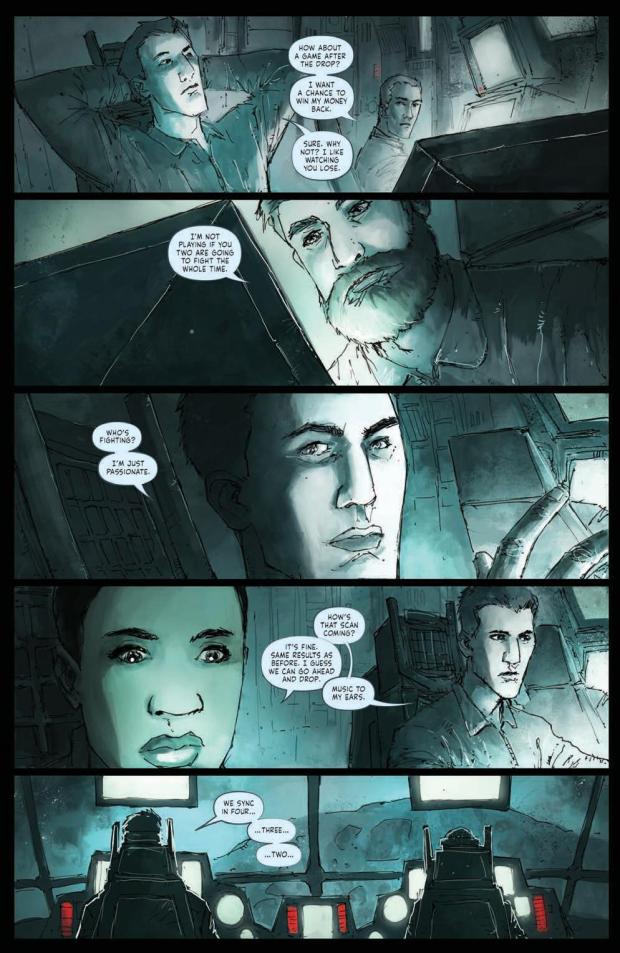 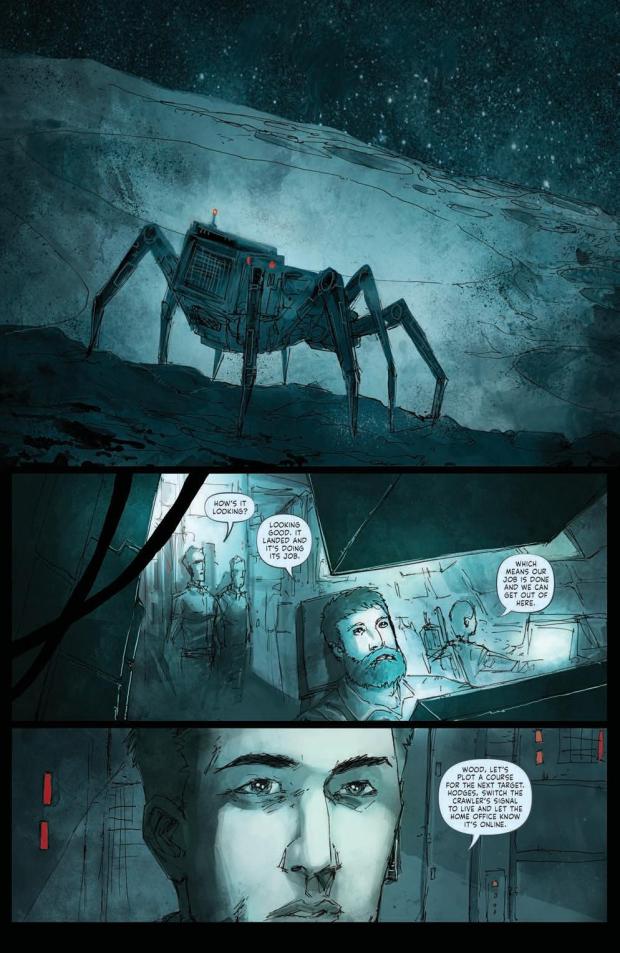