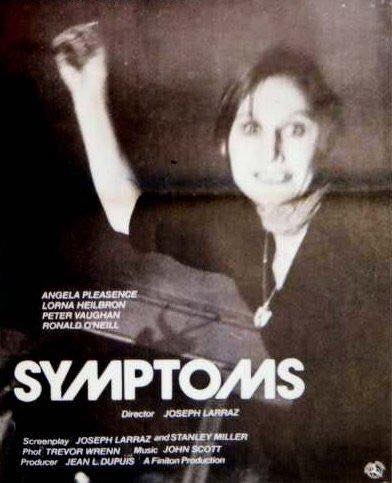 “I have a feeling something is about to happen, something final, in which I will be involved”

It’s a real shame that Symptoms isn’t more widely known. One of a series of British films by Catalan director José Ramón Larraz, it is at once a hauntingly melancholic piece and a riveting study of a woman’s descent into madness.

Not unlike Polanski’s 1965 classic Repulsion, it’s a gradually wrought thing, but Larraz has a much more subtle hand at work here, drawing as heavily on mood, atmospherics and a fair dose of psychosexualisaton, but with a defter, more empathic touch when it comes to characterisation of his lead actress.

It’s lack of greater awareness is all the more unfortunate as it was the British entry at the Cannes Film Festival in 1974. Strangely, the film considered all but lost for decades, despite occasionally popping up on TV it was usually through wobbly pirate copies that anyone got to see it. Luckily for all of us, Mondo Macabro and the British Film Institute tracked down an original print and it can now be seen in all its warm, fuzzy glory.

Anne (Lorna Heilbron) is invited to stay at the run-down country mansion home of her friend Helen (Angela Pleasence), but there is more going on than a simple weekend away.

Helen seems normal on the outside, if quiet and reserved, but clearly has issues with handyman Brady (Peter Vaughan), not to mention her good friend Cora, who hasn’t been heard from recently.

Anne’s boyfriend arrives out of the blue, triggering a jealous response on Helen and setting her down an even darker path, while Brady makes a grim discovery in the river running through the grounds of the mansion.

Helen’s psychological breakdown becomes ever more apparent to Anne, but her worries give way to bigger issues. There’s something wrong with Helen, something she’s just about kept under control, but not for much longer…

She was impressive enough in From Beyond The Grave, but what an absolute joy it is to see what a remarkable actor like Angela Pleasance can do with such a complex role as this. She’s a fragile creature, seemingly wistful, distracted and often childlike, but with a burning intensity that is rarely far from the surface. Pleasance conveys all of this immensely, delivering a magnetic performance that is often breathtaking in its subtle complexity.

It looks magnificent too, with Larraz shooting the lush, rural landscape of the isolated mansion and it’s grounds in warm, balmy colours, all soft focus greens and earthy browns, with the interior of the house in shabby/chintzy dressing, the physical manifestation of Helen’s mind. 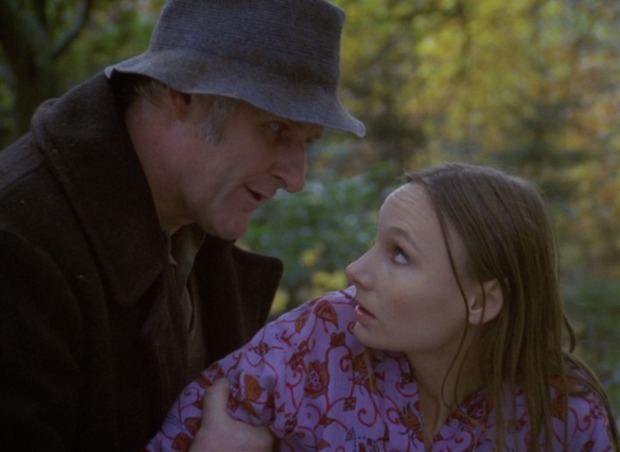 The lesbian undertones to Helen’s mania are sensitively handled, but very much brought to the fore as the film progresses and Helen’s mind unravels. Her sexual jealousy of Anne and her on/off lover is ridden with tension and Anne’s creeping realisation that there’s even more to it than sheer desire ramps up the intensity on several levels.

Symptoms probably isn’t for everyone. It’s very ambient, dreamlike and has an otherworldly quality where it feels like nothing much is happening at times, but its intensely fascinating and features a stunning central performance that you can’t look away from. A classic.