It’s a story you’ve likely heard before.  Night before the big day, lass out on the lash, the groom with his best man and other close mates making idiots of themselves leaving the groom in a state so hungover that he’s barely alive. Although as you might expect, Batman and his mates do things a little differently.

In the second of the preludes leading up to Batman and Catwoman’s big day, Nightwing and Superman have the task of seeing Bruce out of the single life with a bachelor night to remember. This requires a few slight changes obviously, particularly given the fact that their identities have to remain secret.  Oh, and to complicate matters, Hush, the childhood friend of Bruce Wayne is exploding cars and firing bazookas at our heroes.

I’ve been enjoying Seeley’s run on Hellblazer for a while now (hence why I’m devastated it’s coming to an end!), so after finding out that he’s the man behind another one of my favourite characters’ return I was hyped to sample his take on Dick. He definitely doesn’t disappoint here, and much like the Robin vs Ra’s al Ghul issue it’s a great little one-shot that emphasises the importance of events in Batman’s life to those around him.

While Dick and Hush are transported to a hidden dimension being chased by the shells of spirits from our world we get to see Nightwing’s view of the whole scenario – albeit  within the confines of beating the hell out of bad guys with escrima sticks and flashing the odd Nightwing one liner while he does it.

The art from Travis Moore and Tamra Bonvillain is great throughout. Nightwing is noticeably different, like Grayson’s outlook on life everything is far more colourful and vibrant. This emphasises the action in a way the softer, greyer tones of Batman might not.

Also it’s not just about Nightwing either, an approach which caught me off guard a little.  The story is also a way of looking into Thomas Elliot’s motivations and his own complicated history with Wayne and how that evolved into him becoming the villain known as Hush.

Personally I loved this aspect, not only because it ended up coming full circle to discuss how Dick felt about Bruce’s decision but also because it filled the gaps the New 52 have left in the previously established in canon for all these years. By giving Batman such a strict timeline after the events of Zero Year and the War of Jokes and Riddles, all of the famous gallery of rogues just seemed to sprout up out of nowhere. There was no build up for the plethora of interesting characters like there was pre-52, so this little glimpse that Seeley gives us here is a true gem for the villain Hush.

Much like the interaction between Selina and Damian in the last prelude issue this one is made so perfect by the last pages with Bruce and Dick. Again we see how the Batfam feel about this new addition and how they care for their surrogate father, providing a truly beautiful and meaningful moment in a fantastic set up to the big day. 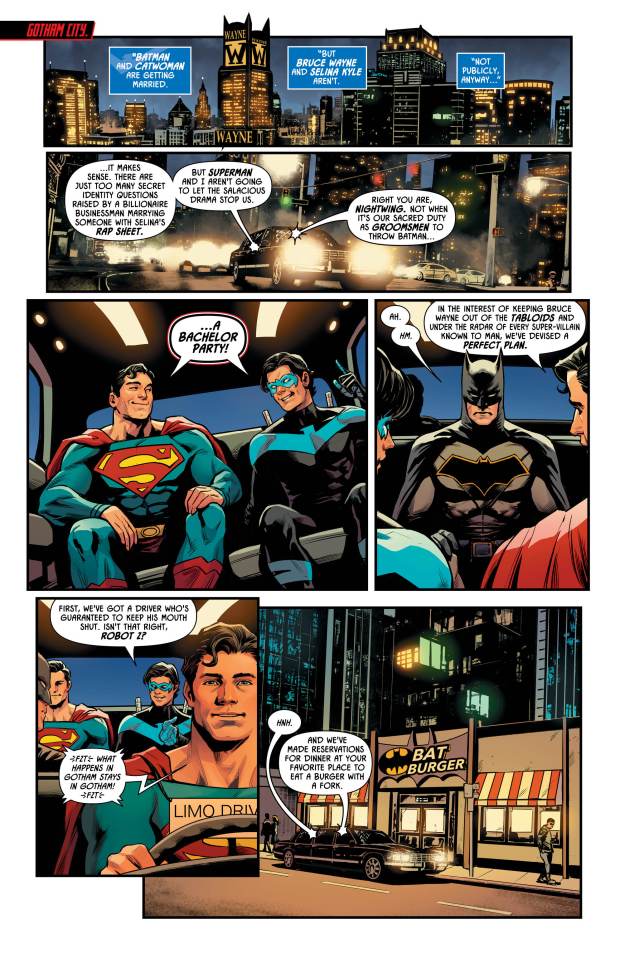 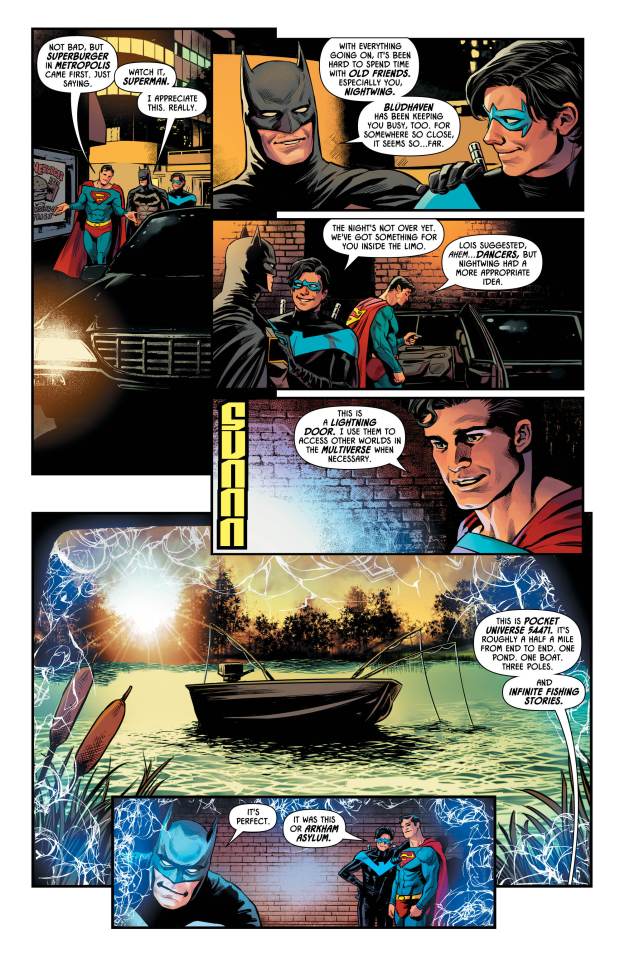 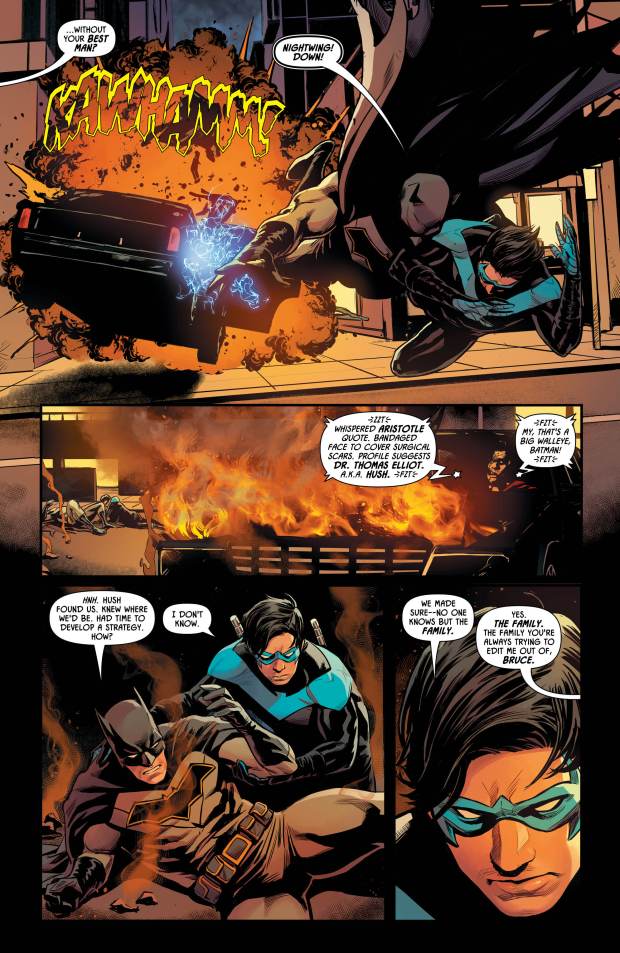