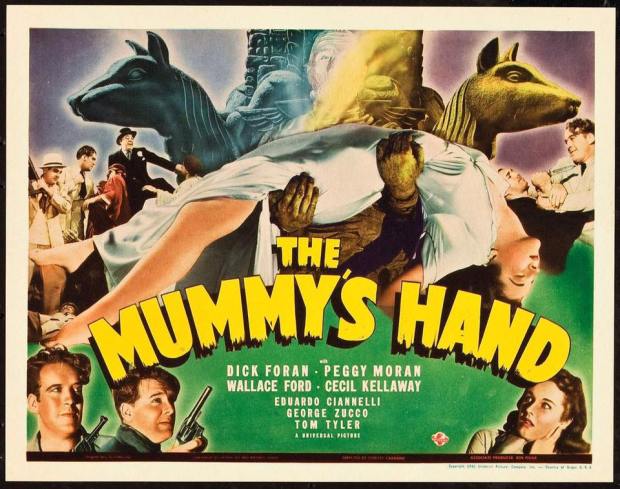 As much as it was and still is an untouchable classic, Boris Karloff’s 1932 film wasn’t the one that established The Mummy as the cultural icon we know today. The Mummy’s Hand, following a good eight years later, was where it all really began.

Someone clearly looked at that great scene of Karloff swathed in bandages, waking up after thousands of years and dragging his cloth-wrapped feet out of the temple and thought “That’s a movie in itself” and you can’t really fault the logic.

Archaeologists Steve Banning (Dick Foran) and his sidekick, Babe Jenson (Wallace Ford), discover the remnants of an ancient vase in a Cairo bazaar. The pair are convinced it is an authentic ancient Egyptian relic that contains clues to the location of the fabled Princess Ananka’s tomb.

Bringing onboard the eminent Dr. Petrie (Charles Trowbridge) of the Cairo Museum, Banning and Babe convince American magician, Solvani (Cecil Kellaway) to fund their expedition, much to the dismay of his daughter Marta (Peggy Moran), who thinks the pair are con men, thanks to a warning from Andoheb (George Zucco), an Egyptian who also works at the museum.

It’s actually Andoheb who had the ulterior motive though, for the tomb they discover contains the Mummy of Kharis (Tom Tyler), sentenced to an eternity of living death for blasphemy, but ready and waiting to be revived with Tana leaves, which the Egyptian does, leading to murder and mayhem as the ancient figure marauds round the camp.

Andoheb has a bigger plan than just taking revenge on the archaeologists though. He has his eyes on Marta and intends to both himself and here with the Tana leaves rendering them both immortal… 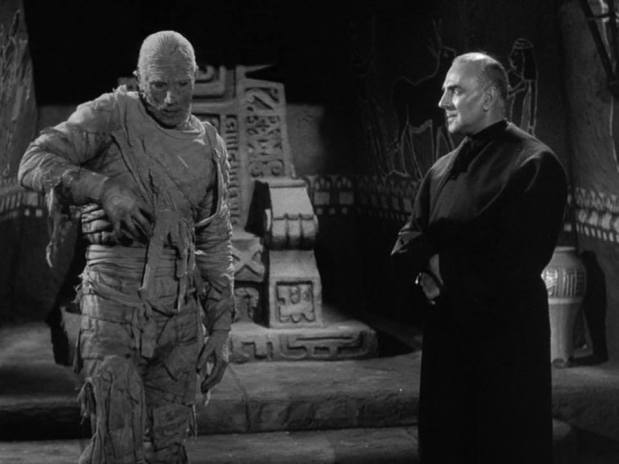 You can’t really go too far wrong with a Mummy film. There’s a strict formula to most of them (established here) that sets your scene with a flashback origin story, a disturbed tomb and a mounting body count of bandaged revenge. It’s not rocket science. Saying that, folk still get it wrong.

Christy Cabanne’s film gets it mostly right though. The ensemble cast are likeable and interesting, such as Cecil Kellaway’s gregarious magician and Wallace Ford’s sidekick Babe, both lighthearted and comedic characters, but carefully pitched as to not unbalance the tone. They’re funny, not ridiculous.

Likewise the lead couple of Dick Foran and Peggy Moran have a fair bit of chemistry between them and feel like rounded human beings who have a life when the camera isn’t upon them, while George Zucco is wonderfully sinister as the evil Egyptian Andoheb. 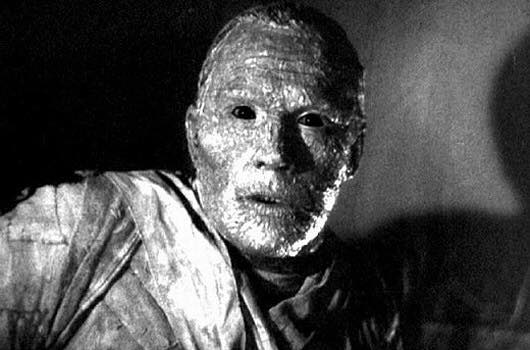 It’s by dint of its entertaining cast, alongside some lovely set design and a suitably creepy atmosphere (bolstered by the reusing of Son Of Frankenstein’s soundtrack no less) that The Mummy’s Hand gets away with its one major flaw- there’s just not enough Mummy action in it.

For a film only 66 minutes long, the pacing is a serous issue here. The opening flashback scene just reused the ’32 scenes, but substitutes Tyler’s Kharis for Karloff, which is just about forgivable, but there’s barely 20 minutes left before we get down to the Mummy action and that’s a real waste.

Tom Tyler’s Mummy is a terrifying screen presence, his eyes completely black, giving the impression that his soul is just as dark. This isn’t a mummy like Karloff gave us, one with a personality and human desires; this is an ancient, sinister being who only desires the life-giving tana leaves and will kill anyone who gets in his way.

That it still works is testament to how entertaining the rest of the film is, but it could have been much, much better if Christy Cabanne had remembered he was making a horror film a little bit earlier. 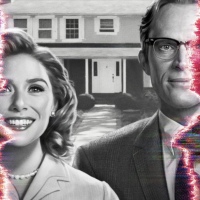