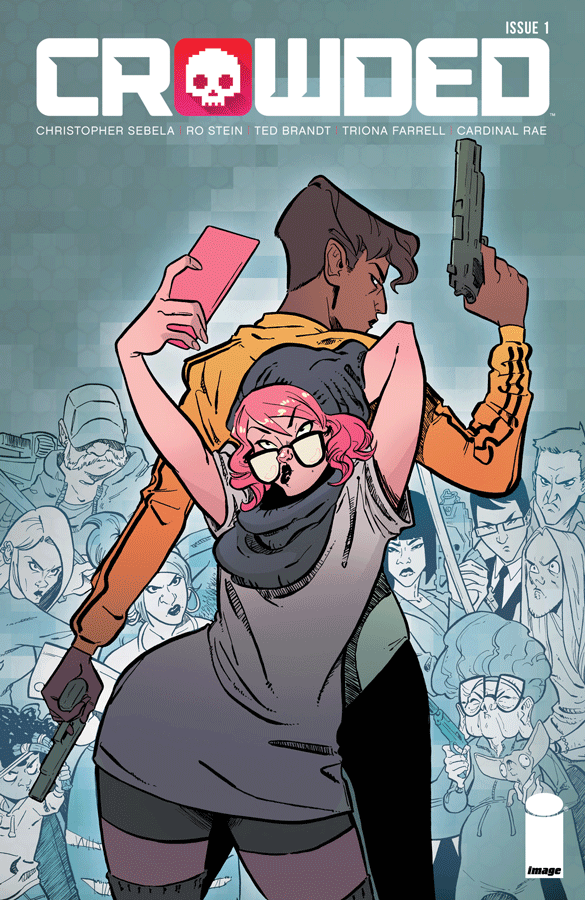 CROWDED doesn’t waste any time coming out of the starting blocks, and with guns blazing by the end of the very first page there’s extremely high levels of energy. The brief rundown is that it’s the near future and Charlie Ellison has discovered that someone has started a crowdfunding campaign through a legit service, called Reapr no less (a hitman’s Tinder?), to have them offed. To circumvent an early demise, Charlie calls on the services of a bodyguard through another app, Dfend, and in enters Vita, the lowest rated one available. Hey, time isn’t cheap. What ensues is a satisfying build up into a strangely familiar yet unbelievable world and an intriguing whodunit — or should that be a whoarrangedit?

After the initial “BLAM BLAM BLAM” the very cool and collected Vita invites Charlie to recount the events leading up to their burger stop meet. I should say here that I absolutely love the stylistic choice for Vita. To me they feel like a cross between Uma Thurman’s Bride in Kill Bill mixed with a little bit of MIB. The lean, angular and dishevelled calm is a perfect balance for the frantic barely controlled chaos of Charlie. The portrayal of a young woman surviving in the gig economy is not only entertaining but also has the potential to be worryingly prophetic. The creative team have really nailed it in these pages showing the harsh contradiction of always being socially available online yet failing to connect on any real world personal level. Perhaps as one gets older it’s easy to fall into the trap of thinking the world is changing too fast for you. Hell, before you know it I’ll be waving a clenched fist at the sky!

As a first issue CROWDED isn’t weighted down by heavy plot and delivers tons of character. With a good premise established we have ample time to get to know the two main characters, complete with little hints of deeper motivations and a feeling that they know more than they let on. While the character of Vita is engaging (they may have the lowest online rating but at least their clients lived to post the reviews) I personally found Charlie grating. If they were a real person, I get the distinct impression I wouldn’t get on with them and as a result it’s not easy to root for them in the story. Now this could be intentional, or it could be simply a failure on my part; either way it knocked my enjoyment overall as, instead of getting carried along, I felt more like a casual or impartial observer. The little things Charlie does during this issue, which allude to the bigger picture, didn’t come across as “a-ha!” reveal moments, just simply frustrating – like those moments where you unintentionally call out aloud at the screen.

CROWDED #1 has a lot going for it. The art is great, with some really neat choices of angles and mirror shots – a particular favourite is the full-page house cut-away. The story is set up as a genuinely interesting mystery; why would a nobody command such a high crowd funded campaign total? The ‘thriller’ aspect aptly backed up by some Hollywood style action and dark humour keeps everything from becoming too dark and wobbling off course. On paper I should like this a lot more than I do and particular character niggles aside, I’m not sure why I don’t. Still, the take away is that it’s a good read, and the payoff is shaping up to be a big one. 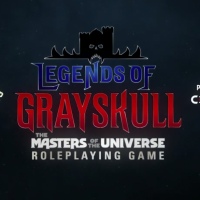