In 2005, Christopher Nolan’s Batman Begins graced our screens with its reinvention of the well-known tale of Bruce Wayne and his personal vendetta against organised crime. It was a bold move to take a character who was best known then for a series of fantasy-based adventures of bat nipples and nightmarish neon exaggerated villains and ground him in what was a semi-realistic tale.

This was a time where, with the possible exception of Blade, comics were still considered to be a childish and cheesy indulgence. The world still saw George Clooney trying not to be Adam West whenever comic book movies were mentioned. We were three years away from Marvel’s Iron Man and here we had Warner Bros banking on a fairly unknown director and Christian Bale, fresh from his haunting performance in the Machinist. It was a huge risk for sure, but it was also one that undoubtedly paid off, helping to pave the way for the incredible Dark Knight, the MCU and, arguably, the current rise of the geek in pop culture.

But why did it work?

For my money, it worked for the exactly same reason that Joaquin Phoenix’s new Joker origin tale will work.  For the same reason Wonder Woman was so successful, and for the same reason that the DC animated universe has frequently continued to capture the imagination of comic fans. It worked because it was a strong, confident story that provided insight into the character that we love so much, and did so in a way we’d never seen before.  This is exactly why DC could be onto a winner with their “Elseworld” style of film making, and why it could ultimately turn out to be the key to getting people back on board for their main cinematic universe. 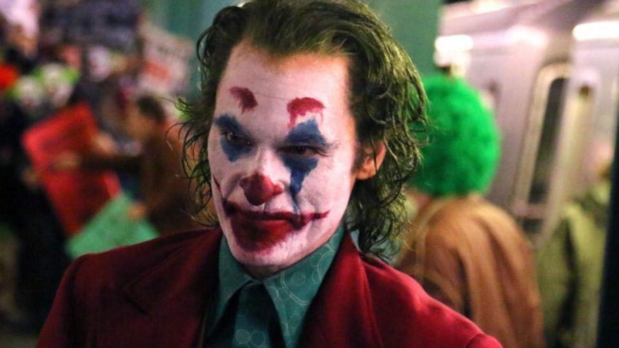 To see why this could work so well you first have to look at what has made DC’s animated films so popular throughout the years, as well as the hugely successful Arkham series of games. First and foremost, they start with the story and work their way forward from there. To advertise the next animated film and build the necessary hype, all DC have to do is announce another fan favourite at Comic Con every year and the internet will go insane. But why is this? Well, it’s because they know what works. Namely taking from the source material and adapting it to the screen.

Over the years there have been so many classics made or reinterpreted for film; Batman: Year One, Justice League Dark, Under The Red Hood, The Dark Knight Returns and the experimental Gotham by Gaslight to name but a few retellings of just the Batman classics. All made with the love and dedication to the story that fans expect, but telling it in such a way that brings new people to the story and, eventually, to the original comics.

The Arkham games and recently short-lived Telltale Games series also experimented with the story in different ways, not just by retelling or changing the origins of characters but by creating an entirely new interactive world whilst still referencing classic tales and characters in a new and exciting way.

This is what the new Joker film intends to do. Take a character and cast a new light on him whilst still maintaining the iconic core that we can’t get enough of. Phoenix is playing a character born out of the materialism of the ‘80s,when the hangover of the American serial killer was still very much in the minds of the American psyche. The wounds left by the Son of Sam, John Wayne Gacy, Ted Bundy and countless others still fresh just 10 years later. It’s about the world which birthed these killers pushing the creation of someone like the Joker, which when you think back to the satirical American Psycho makes perfect sense for such a villain. When the world is just about the shiny material coating, isn’t reality is just another joke to be made fun of?

The comparisons have already been made with Heath Ledger visually, with the painted-on makeup and the similar style of coat and patterned undershirt with long greasy hair, but it goes deeper. Like Ledger, this Joker is a response to the time he exists in. Heath’s is thought by many to be a former soldier of Afghanistan, raised by the atrocities he’s seen and been trained to fight he saw only one response for such a world, complete anarchy.  Much like The Dark Knight, this promises to be another fantastic character piece, keeping it simple and focused on the character like any good piece of cinema should do, far from the clutches of any meddling Studio Executives eager to jump on the coattails of Marvel’s firmly established formula.

Marvel is great, don’t get me wrong. There’s a reason why their massive interconnected universe has worked so well, because after ten years of planning and teasing we’re finally seeing what they had planned all along. The big team up against the big baddy Thanos, the thing that was promised from day one. And each film brought us closer and closer to it. Yes, there were a few stumbles along the way but that was ok because we were invested in the journey of these heroes, constantly rewarded with little gems and brave surprises we complained about then quickly forgot. DC didn’t do that, instead opting for a rush job and appointing a man they clearly didn’t trust to get the ball rolling.

While Marvel took their time with great origins stories (which, even though I’m excited for Captain Marvel, have become tad stale after Doctor Strange), DC jumped the gun after a great introduction in Man of Steel. Zack Snyder put a huge amount of effort into creating a brand new, darker, complex Superman story which barely hinted at anything other than a solo epic. But at the faintest whiff of a possible universe Warner Brother’s squeezed into three films what Marvel did over six, focusing on putting characters onto a screen in as flashy (pun intended) a way as possible without taking time to develop them. And rather than taking risks like Nolan did they chose to play it safe and scrap most of Snyder’s view for a darker universe for a universe that became so “Marvel” that they even grabbed the Avengers director for the now infamous Justice League reshoots.

It was a shame because there were so many amazing things in those films. Like the perfect Zod by the terrifying Michael Shannon, Harley Quinn’s debut on the silver screen making her dad Paul Dini proud, the wonderful Gal Gadot kicking arse in WW1 France and the intensely psychotic but very misused return of the Joker. Sadly however, all of these triumphs ended up being overshadowed by the lack of focus, last minute changes and moustache problems that would come to plague a franchise which was clearly trying to be something it wasn’t.

But all is not lost. In fact, DC and Warner Bros may very well be onto a winner if they play their cards right here and follow the story. Continue to make films which stand alone, with great actors and great creative teams behind them just like the comics do. Take a page out of Batman: Damned, take batman and, as Heath said, “bring him down to our level” by making a new and excitingly dark tale showing us more of what we haven’t seen before.

Recreate stories like Under The Red Hood, Superman: Red Son and The Long Halloween, letting new actors make their own mark on characters each time. Show fans that their investment in the characters can be rewarded and build that hype to buy more time to make a great DC shared universe film with the actors you’ve already shown do the characters Justice rather than dangling false accusations of recasting in front of us on a worryingly regular basis.

Do what Marvel have done with their Netflix universe, what Bruce Timm did with the cartoons in the ‘90s and Star Wars and Doctor Who continue to do to this day. Have faith in the true depth of these characters and explore them in as many ways as possible without losing sight of the shared stories we all want to see done properly. Don’t scrap it or rehash it, but simply celebrate the diversity of the source material in as many ways as possible.