Following the shocking revelation at the end of the last issue that their former troop-mate Jimmy was in fact alive and well, the latest chapter of BOOM! Studios’ Black Badge sees Matt Kindt expanding the scope of his world and introducing us to the mysterious group known as “the Swabbies.”

It’s a great wrinkle that fleshes things out considerably, questioning the motives behind the Badges’ missions and casting a massive shadow of doubt over their whole organisation.  Unfortunately, just as it seems that we’re going to start digging into the real meat of the story, we’re whisked back to base with a brand new situation for the Badges to try to overcome.

As much as I love the series, the sprint-style tempo is really starting to detract from the overall story for me, with everything whipping along at a dizzying pace as the Badges bounce from mission to mission to mission.  In a lot of ways it’s the antithesis of Grass Kings in that respect, and while I’m still definitely enjoying the story as a whole, I can’t help but find myself wishing that Kindt would just take his time a little and let some of these cool moments linger a bit longer.

That said, Tyler Jenkins’ artwork is still more than enough to keep me shelling out a few quid every month, and he does another stellar job here, particularly in the latter stages of the issue where we get to meet some of the other Badge groups (what, you thought “Black” was the only colour?)  The sheer uniqueness of his scratchy, watercoloured/gouache style continues to give the book an utterly distinctive aesthetic, and with an issue five which promises to feature no shortage of action, it’s going to be interesting to see what Jenkins comes up with.

My niggles about the pacing aside, it does feel like we’re finally starting to get to know the actual Black Badges a little better now, even if several members of the group are still playing their cards fairly close to their chest.  Willy and his quest for approval provides the real heart of the group, and hopefully we can see the rest of the group softening a little and starting to accept him as a member of the team as the story continues to unfold.

At the end of the day, Black Badges is still an easy book to recommend though, and whether it’s the striking artwork or the sheer creativity of the premise (Black ops boy scouts? What’s not to like?), there’s absolutely no reason you shouldn’t be picking this BOOM! Studios series up every single month.

If you want to find out more about BLACK BADGE, check out our interview with Matt Kindt and Tyler Jenkins by CLICKING HERE. 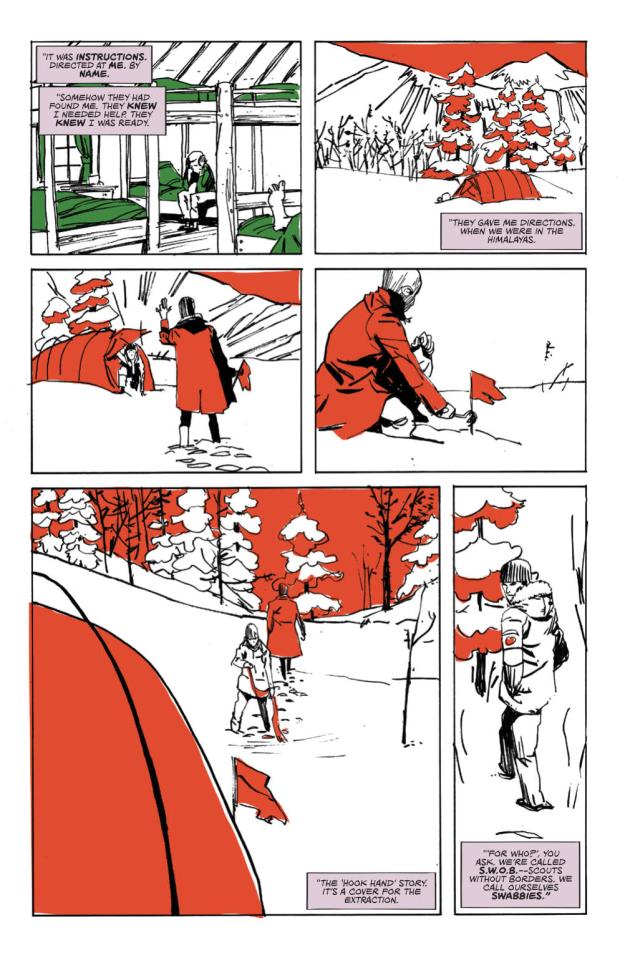