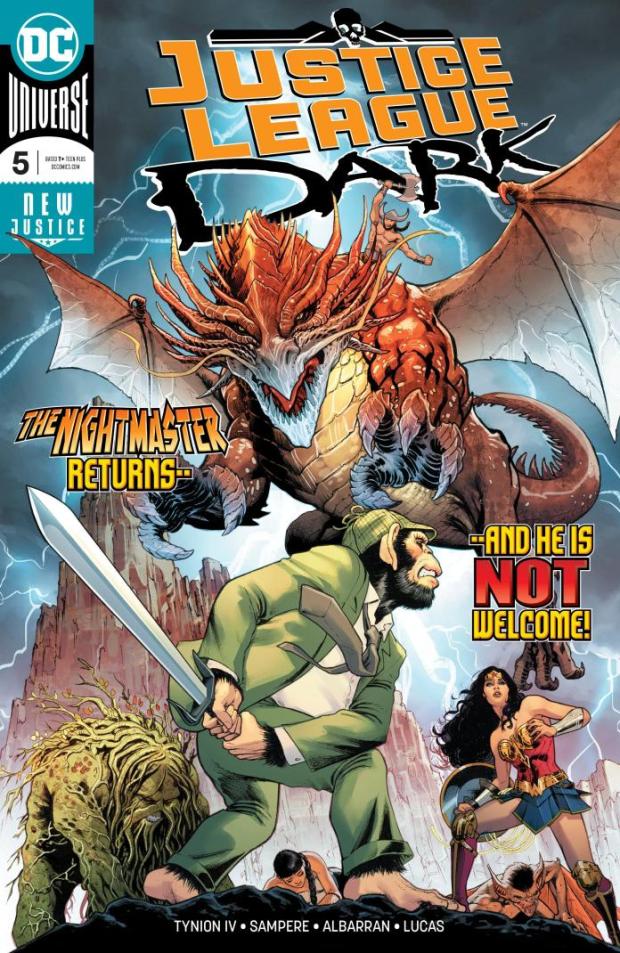 A chimp walks into a bar.

No, it’s not a joke but the start of a brand new Justice League Dark story.  The attention shifts to Detective Chimp in this latest issue, hot on the heels of Wonder Woman emphatically answering any questions anyone may have had about earning her place in the JLD.

He drinks at the funeral of his old friend Night Master.  He drinks as he looks around at all these magical characters he couldn’t feel more out of place with.  He drinks because of the responsibility of the Sword of Night and he magical Kingdom’s duty of care that comes with it. Oh, and he drinks because he’s once again being pulled into another drama with the JLD.

Elsewhere the other kind are still well on their way to ripping apart the fabric of reality.  At the behest of Constantine and Swamp Thing, Wonder Woman and the team travel to the Myrra to try and find a way to fight back, dragging Chimp along for the ride to face up to his past mistakes. While this is happening, Swamp Thing and Constantine meet the threat head-on, with some familiar faces joining the fray, one of whom will have any old Vertigo fans like me screaming  for next issue to be released!

I really liked this issue. It felt very cinematic, both in terms of the writing and the artwork. The use of the tag line ‘the Chimp drinks’ plays off on close ups of characters showing a real sense of emotion, loss and anguish you don’t see much in comics.   To me, JLD has become a weird kind of horror, and between huge battles with skeletons, ancient demons and gods there’s a great character-based journey going on. Zatanna has fallen back on her leadership skills after losing her magic, Swamp Thing is dealing with the loss of the Green, while Langstrom (who manages to be utterly disgusting but somehow bloody adorable at the same time) plays the role of the tourist scientist, fascinated by everything while still wanting to help any way he can.

These are all great characters in a world that feels like it has real consequences. Yes they stopped the witch, but the whole time the other kind were still biding their time to strike. And brilliantly, after having his body completely drained of demon, blood John now faces an oh-so-familiar problem, (Dangerous Habits anyone?)

This is not to say JLD is anything resembling a dialogue heavy slog; the foot scenes with their fiery orange and blood red tones, magical sigils and literal dragons have a level of awesome reserved for heavy metal album cover sleeves from the ‘80s.

This series has provided a breath of fresh air for almost every character involved, and I’m definitely looking forward to seeing where this story is going to take us. 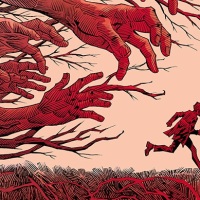 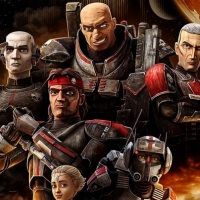