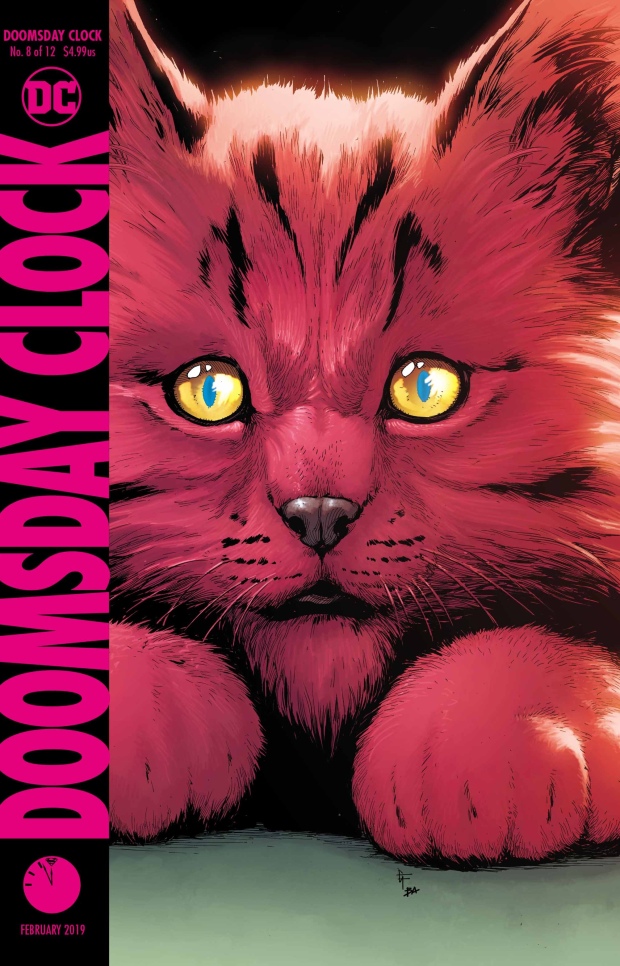 It has all been a lie! Ozymandias isn’t dying! Doctor Manhattan has refused to help and the stage has been set. The chess pieces are moving, the government making their push for war and amidst all this chaos stands… Superman. Can he stop this chain of events before it gets worse? And does it even matter anymore? Doctor Manhattan for the first time ever can’t see the future, all he knows is that in one month he and Superman will battle… and then it all goes black.

With this issue we reach Doomsday Clock’s final third, and as such, things have really started to come together. Despite being absent for most of this issue, Ozymandias is clearly setting up his final moves, while the conspiracy that has been uncovered – a conspiracy which suggests that most American Superheroes and Supervillains were created and work for the government – has caused the world to go into a Super-powered arms race. Elsewhere Black Adam has set up his kingdom Kandaq as a safe space for all heroes, and all this context is required for this issue as it deals directly with the state of the world as a whole. Leave it to Geoff Johns to make this issue heavily political without bogging the story down.

This issue is about the conspiracy subplot as it mostly revolves around Firestorm who is very deliberately put in the same situation as a certain character from Watchmen.  It’s a really clever way to incorporate this homage to Watchmen as it directly relates to an ending that I dare not spoil in this issue. It’s safe to say that all the subplots are coming together, with the situations surrounding Rorschach, Lois Lane and the JSA all connecting here. The pieces are really coming together, and they look to be setting up one hell of a final act.

This book is good because of Geoff Johns’ writing but it’s truly great as a result of Gary Frank’s artwork.  Every panel is dynamic, and despite most pages having nine panels, none feel pointless or boring and every one of them adds to the overall feel of the book.  Honestly, the emotion Gary Frank gets out of his characters is why I adore him as an artist. You can feel the horror that Firestorm feels, the smug sense of superiority from Black Adam and the doubt and hopefulness of Superman, and it’s this raw emotion that makes the book work. Without Gary Frank this book would have about a tenth of the impact it does.

Look, this is the easily most important book DC is publishing right now. It’s relevant, it’s thought provoking and it’s challenging. This is a book that isn’t afraid to challenge what the DC Universe and our world have become. It’s unrelentingly dark but in a way that works magnificently. If you only pick up one book from DC then let it be this one. This is the end of the Rebirth and the start of something truly special. 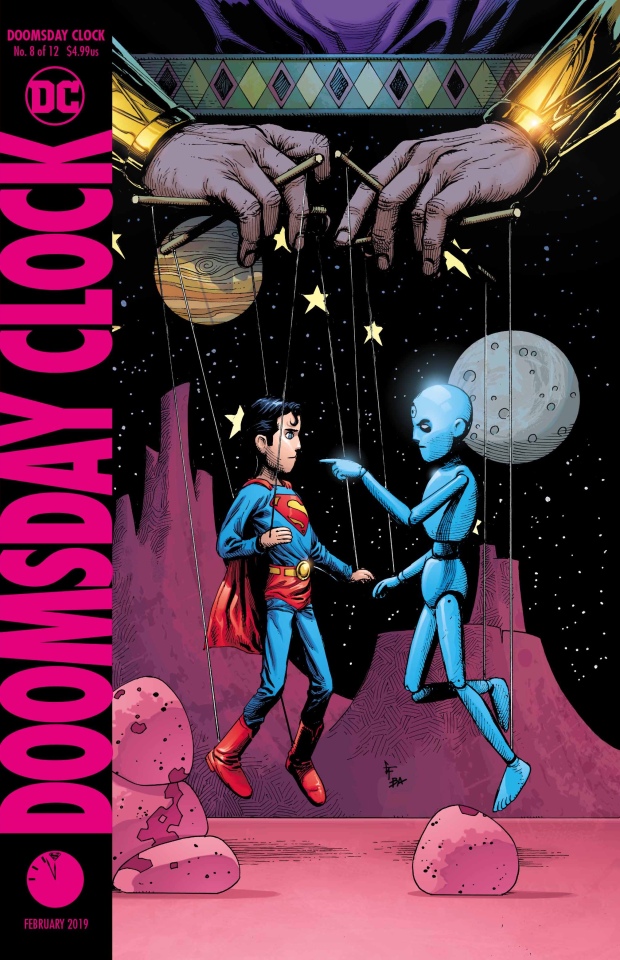