Last issue saw the end of book one of AfterShock’s A Walk Through Hell. and we were left with one Hell of a cliff hanger.  Issue six sees Shaw and McGregor still trapped in Carnahan’s nightmare world looking for answers and a way out. Whilst we know the fate of Hunzikker, what has Carnahan done with Goss? Does the arrival of Assistant Director Driscoll at the scene bring salvation or damnation? And what is the connection between Carnahan, a Nazi war criminal, and Notre Dame Cathedral?

Garth Ennis’ series came very close to being at the top of my list of the best comics of 2018, and this latest issue has kept it very, very near the top. There’s an incredible creeping sense of dread in A Walk Through Hell that just builds and builds every issue, leaving my nerves are positively twanging only six issues in. Every issue we learn more about the players in Carnahan’s twisted game and move almost imperceptibly towards an understanding of why these particular people are so integral to the plan.  However, the mastery of storytelling that Ennis has always possessed ensures that the full shape and purpose of the plan is always kept just out of sight. Certainly this new twist has opened up a whole world of possibilities for the future of the series.

Goran Sudžuka’s artwork is superb. His minimalist approach really builds the tension and horror but when you get an intricately detailed panel it just blows you away.  You’ll see what I mean when you get to the last couple of pages. What I also find particularly effective is the beatific expressions on the true monsters in this story. Everyone else expresses fear and rage and hate and love but the monsters appear benign, friendly and eager to help, an approach which ends up more terrifying than any slavering, Eldritch horror from the pits of a Lovecraftian tale.

Ive Svorcina’s colouring is similarly excellent, and is clearly influenced by the work of Dave Stewart. This is a much used style in modern comics, to greater and lesser degrees of success, and is one I believe works particularly well in the horror genre and Svorcina uses it to great effect in this series.

I actually had a bit of a panic when this issue was announced because I couldn’t for the life of me find anywhere selling it. It’s not often that I’ll actually break out in a sweat over the possibility of missing an issue of a comic (the only other being Black Mask’s Come Into Me), but this only goes to show that this is a series that has me absolutely hooked and coming back for more issue after issue. 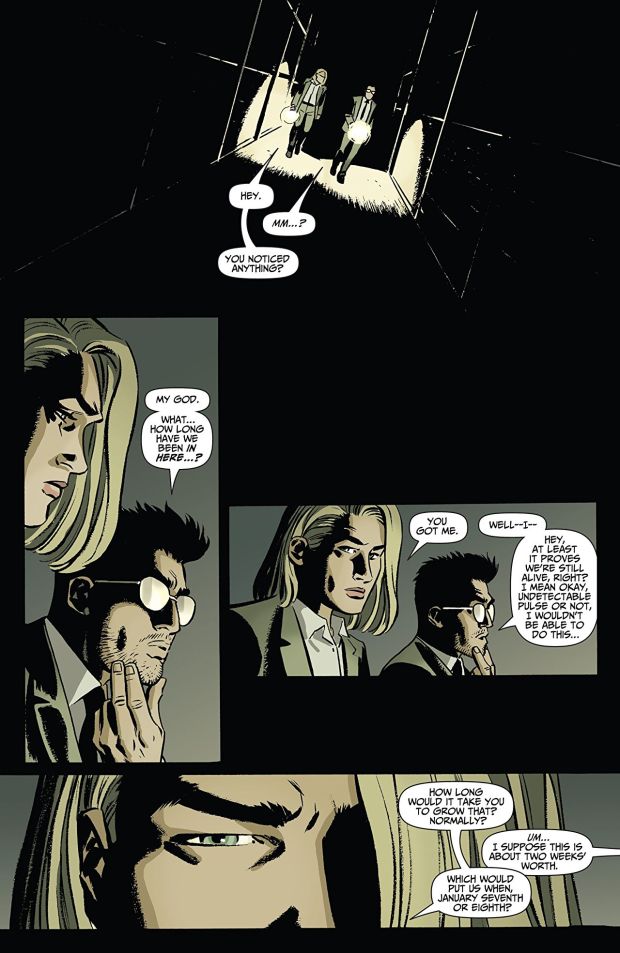