Before it makes its eagerly anticipated (by some, anyway) Netflix debut on Friday the 11th of January, we thought we’d take a more in-depth look at Titans, the first live-action TV show from DC’s new “DC Universe” online platform.

While the early set photos and trailers were met with pretty much widespread derision and snarky eye-rolling by a lot of “fans”, the first season has actually turned out to be… well, pretty damn great.

But just what was it about this much-maligned new property that actually ended up overcoming the tidal wave of negativity, and why should you definitely make a point of checking it out when it hits Netflix (assuming you haven’t already caught it on DC Universe)?

Well, let’s break it down, shall we?

Okay, so the performances aren’t exactly Oscar-worthy, but they’re definitely a marked improvement from the cheesy and occasionally grimace-inducing Arrowverse.  Don’t get me wrong, those shows definitely have their place, and I’ve heartily consumed more than my fair share over the years, but Titans definitely feels like a significant upgrade, y’know? Brendon Thwaites (Dick Grayson/Robin) and Teagan Croft (Rachel Roth/Raven) both deserve extra credit for their efforts here, and while there are a definitely few ropey lines of dialogue along the way, the charm, charisma, intensity and vulnerability of the leads make this an easy show to become immersed in.

Nothing kills a show filled with hand-to-hand combat more than having that same hand-to-hand combat look awkward, confusing and amateurish (we see you, Iron Fist). Thankfully, Titans most definitely excels when the punches and kicks start flying, and whether it’s a full-on “gangster’s moll” Starfire dispatching a room full of cheap thugs, Robin taking out an alley full of bewildered bad guys or Hawk and Dove looking absolutely awesome in pretty much everything they do, there’s a ton of top-quality stuff here for all you big fight aficionados.

3. It looks the business.

From the moody, cinematic opening of the first episode which retells the tragic events that robbed Dick Grayson of his parents, this series instantly sets itself apart from a lot of its occasionally cheap-looking television counterparts. Yes, some of the visual effects can be a little ropey at times (although Raven’s “internal conflict” horror moments are handled beautifully), but in terms of the overall cinematography and sheer visual spectacle (one scene featuring Dove in particular stands out), this is definitely one of the better looking superhero TV shows so far.

While the main four Titans all get their time to shine, it’s the supplementary characters who go a long way towards making this series as special as it is. Donna Troy (Conor Leslie) and Jason Todd (Curran Walters) are both well-acted and used sparingly enough to push the narrative forwards (even if they do fall a little more into DC’s established Arrowverse style), but it’s Alan Ritchson’s Hank Hall (Hawk) and Minka Kelly’s Dawn Granger (aka Dove) who end up damn near stealing the whole show. Boasting a great dynamic, some impressive chemistry and a pair of troubled pasts, their near-solo episode 9 (“Hank and Dawn”), stands as one of the absolute best of the series.

Despite receiving a ton of mostly unwarranted (and frequently racist) abuse following the first leaked set photos, Anna Diop’s portrayal of Koriand’r actually ends up being one of the most intriguing and entertaining parts of the entire show. Yes, her “secret origin” isn’t much of a secret to anyone who’s read a Titans comic or watched a cartoon, but its slow-burn delivery and her attempts to regain her memory and figure out her purpose give the show a nice supplementary plot thread alongside the main mission of trying to keep Raven safe. Sassy, funny and fierce, there’s no denying that her performance here does an emphatic job of silencing the naysayers and making her an integral part of the series. 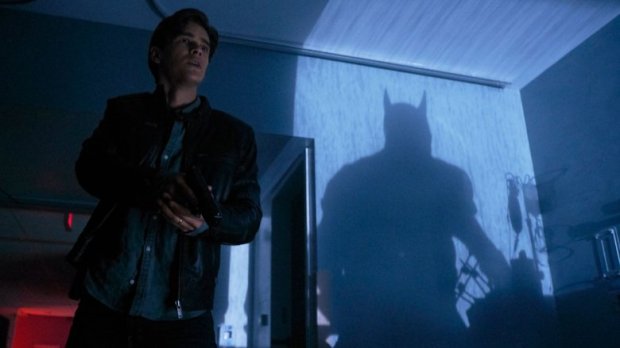 While there’s a fairly obvious caveat to what’s happening, the idea of having Dick Grayson returning to Gotham City to take down an out-of-control and grief-stricken Batman before he goes on a killing spree is pretty much guaranteed to make for great television. The execution is fantastic, and while Batman himself remains more of an overarching presence than a featured character (a wise choice, in my opinion), the episode gives us a little insight into just how terrified the majority of Gotham’s criminals must be when they come face to face with him. Perfectly executed, with Thwaites turning in his best performance of the series, and a cracking cliff-hanger to take us into season two.

7. To get in on the ground floor of what DC Universe are doing.

With Doom Patrol, Swamp Thing and Stargirl already set to be released in February, May and August respectively, it’s clear that the DC Universe are taking their live-action output seriously.  And with the Doom Patrol already making an attention-grabbing cameo in episode 4 of Titans, it seems likely that this sort of interconnected marketing may continue as the shows keep coming. A Swamp Thing cameo/tease in Doom Patrol, perhaps? Or a Stargirl Easter Egg in Swamp Thing?  And with Titans already doing a great job of introducing a darker, more ‘grown-up’ version of the DC television Universe, this is definitely something you want to get in on the ground floor of.  Trust us.

Okay, cards on the table – it isn’t a perfect show.  But it is a very, very good one, and one that you really owe it to yourself to check out.

So if the tidal wave of online negativity has soured the whole thing for you and made you think about giving it a miss, we’d wholeheartedly encourage you to reconsider and give this new series the attention it clearly deserves.

You can thank us later. 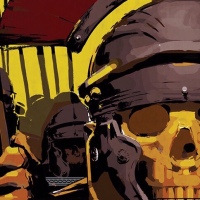