Buffy the Vampire Slayer. Broadcast between 1996 and 2003 with 7 seasons, a brilliant spinoff with its own 5 seasons and a comic run that takes Buffy all the way to season 12. I don’t think there’s anyone over the age of 21 that won’t have at least some memory of Buffy as a massive thing at the time, and despite me being born after the turn of the century I also fell in love with Buffy, marathoning all 7 seasons in my late teens. Heck, even now Buffy is a massive piece of pop culture.

All of this ties into one point. How do you reboot Buffy and set it in the 21st century while still managing to tell fresh new stories without angering the fans? Well… let’s see, shall we?

Okay then. Welcome to Sunnydale, a seemingly normal town except for one thing… It’s located over a Hellmouth and, as such, has more Vampires than you can count. Thankfully though Buffy Summers now lives in Sunnydale. She’s the Slayer, y’see. Just your typical born once a generation female capable of fending off the forces of darkness. Well, if she can fend off the stresses of High School and being a teenager first.

Okay, so this Jordie Bellaire providing us with a (re)introduction to a new-yet-familiar world. To any Buffy fans this’ll instantly feel like the good old days. We have Buffy, Willow, Xander and Giles, and while they’re each slightly modernised, they’re still essentially the same characters we all fell in love with, and that is easily this book’s greatest strength. What you loved about the original series is here just altered in new ways to make it new and fresh. As with certain classic, characters are given their old personalities while putting them in new roles, and this especially relates to the two characters who show up here at the end of the issue. They’re different in a way that makes me really excited for what new story possibilities Bellaire has in store for us.

Joining Jordie in this new era are Dan Mora and Raúl Angulo. Mora brings his style over from Go Go Power Rangers and that youthful, vibrant aesthetic works really well here. Working on Power Rangers also means that Dan is more than equipped to make the fight scenes in this book look dynamic and stylish, though arguably the real star of this issue is Raúl Angulo. The colours that he provides are truly amazing here, particularly terms of the great contrast between light and shadow. It’s this that gives this book the same horror edge that was key to Buffy’s success in the first place. The colours used here are perfectly chosen for a book like this and it’s wonderful to have this art team on board.

An impressively strong start then, and if you’re a fan of Buffy I’d highly recommend picking this one up. You’ll find the same quality found in early episodes of the TV show here but it’s packaged in such a way as to make it feel remarkably fresh and exciting for all of us who’ve seen it before. So if you’re new to Buffy or you just miss it being a part of your life, this gets an easy recommendation from me. 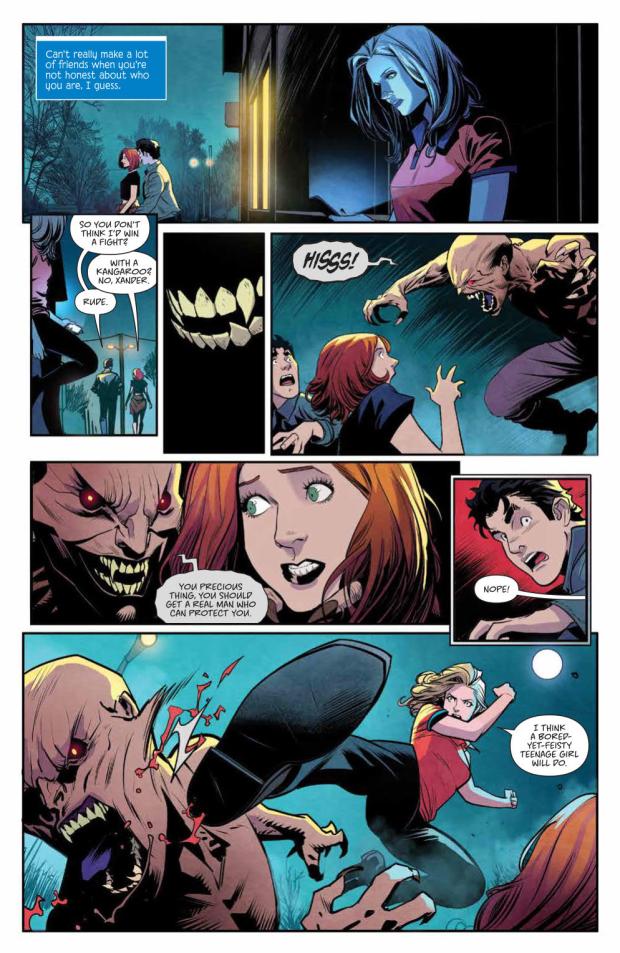 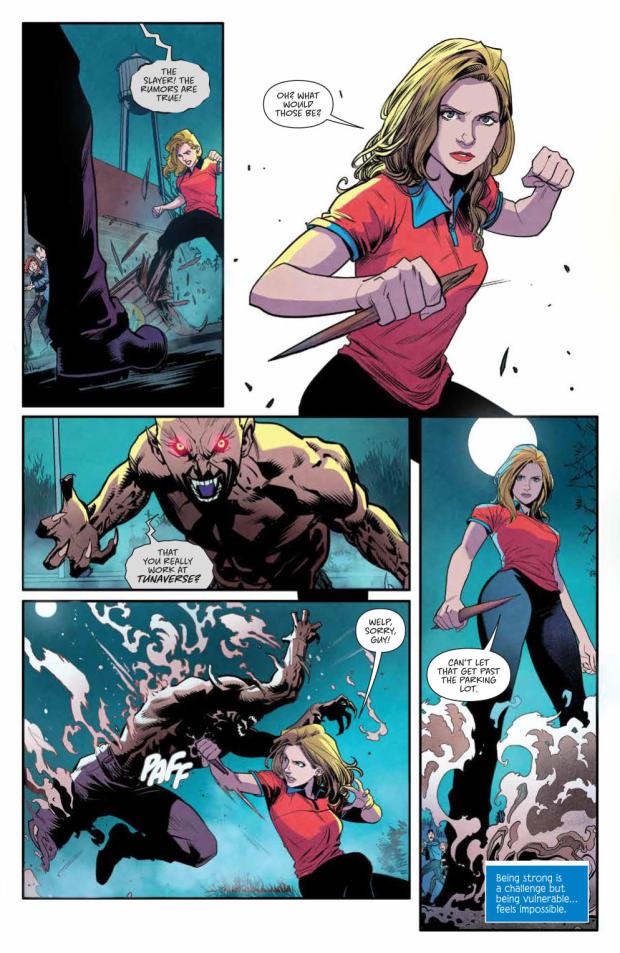 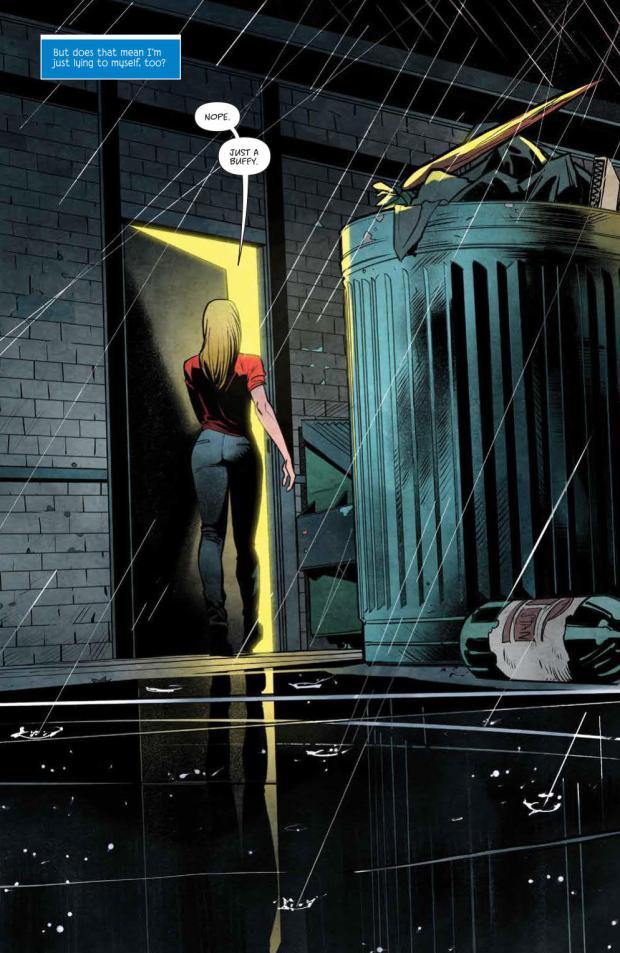