The incredibly hefty “Complete Collection” of Avengers World kicks off with a dizzyingly epic 14-part story that sees no less than three world-threatening events happening simultaneously around the globe, prompting the Avengers to split into various groups in order to combat them effectively.  The scale of the threats requires the Avengers to dig a lot deeper than their usual roster, with some of the less-well-known members being pushed into the foreground to battle the triples threats of A.I.M.’s Scientist Supreme, The City of the Dead and Gorgon.

The size of the cast is downright breath-taking, with a variety of different squads and sub-groups being mobilized and introduced to combat the different threats.  This has the effect of making the stakes and overall scale feel legitimately impressive, but also serves to dilute things slightly, to the point where – with a couple of notable exceptions – it’s the plot rather than the characters that continually drives things forwards during this part of the collection.

Don’t get me wrong, there are still some great character-based moments along the way, including several issues where the focus shifts to a single Avenger’s perspective of the events as they unfold. However, while these certainly make for great reading, they do feel a little at odds with the overall focus of the story, which seems at times like it’s struggling slightly under the weight of its expansive cast.

Nick Spencer and Jonathan Hickman tag-team the story in these early issues, with Spencer’s dialogue and Hickman’s eloquent narration working together well to deliver the story with an enjoyable tempo.  The art duties are passed around between several different creators, which does add somewhat to the slightly disjointed feel to the story, particularly when you have artists whose styles don’t exactly mesh.

That said, while it’s definitely a little jumbled and erratic at times, the opening arc does a great job of showcasing the various strands of the World’s Greatest Heroes, and allows a plethora of writing and artistic talent to stamp their own mark on some of these iconic and fascinating characters. It certainly won’t stand as one of the top Avengers runs of all time, but there’s still a heck of a lot of enjoyable reading to be had here.

The second part of the collection sees the flow breaking down a little, with the attempt at a continuous narrative being replaced in the main by a series of one or two-shot stories. The quality of writing and artwork is still fairly high ifor the most part, but it doesn’t quite have the same impact as the single ongoing story of the first fourteen or so issues.

However, it does feature probably my favourite issue of the entire collection in Avengers #34.1, a stand-alone Hyperion tale which sees him taking a break from his planet-wide overwatch to investigate the case of a missing child. For a character I hadn’t even heard of prior to picking this volume up, I found myself absolutely hooked by his fragility and search for purpose, not to mention the poignant denouement during the showdown with the kidnapper. Al Ewing and Dale Keown deserve a lot of credit for this particular issue, and for delivering such a confident stand-alone one-shot within the sprawling overarching narrative.

There are actually plenty of these kind of moments throughout the second half, from Valeria Richards leading a team of makeshift Avengers to project Doctor Doom from Scarlet Witch during the “Axis” event, to Cannonball and Smasher’s touching baby drama. As I mentioned, the flow suffers a little as the series shifts into almost an anthology format, but with ongoing plot threads like Sunspot’s hostile takeover of A.I.M. and the establishment of “The Cabal” (Thanos, Namor, Black Swan et al) as the new ‘big bad’ as they cut a swath through the Multiverse, it still manages to hang together rather well.

At the end of the day, this is a thoroughly enjoyable collection that shines a light on several members of the Avengers roster that a lot of readers – myself included – may not be hugely familiar with. With the likes of Sunspot, Cannonball, Hyperion, Smasher and Starbrand all stealing the spotlight from Cap, Iron Man and Thor, this is a well-rounded and (mostly) character-focused collection that, while the quality of writing and artwork does ebb and flow slightly throughout its five hundred-plus pages, I have absolutely no problems recommending. 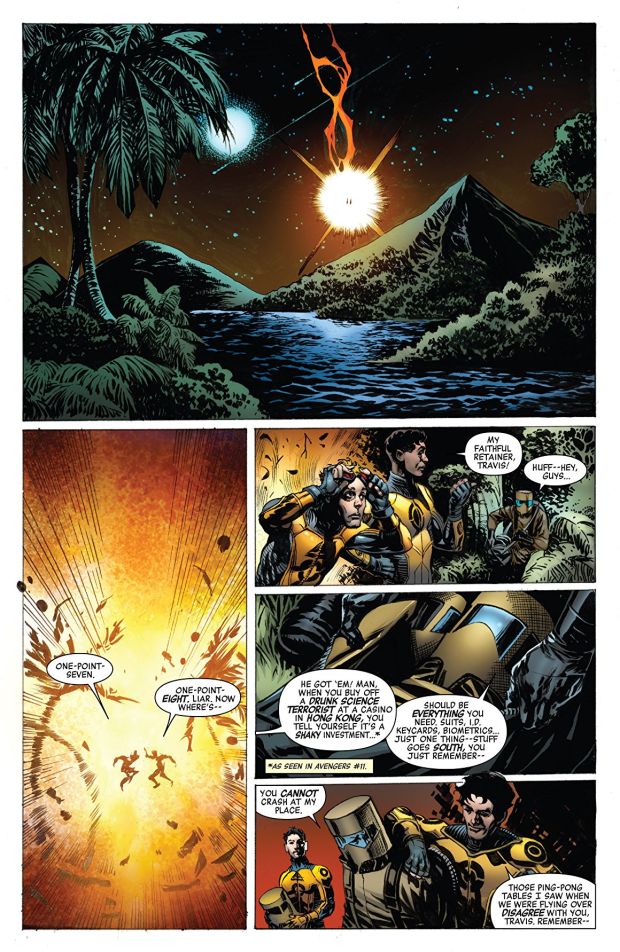 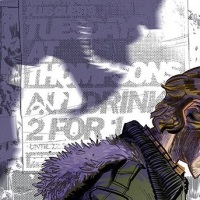