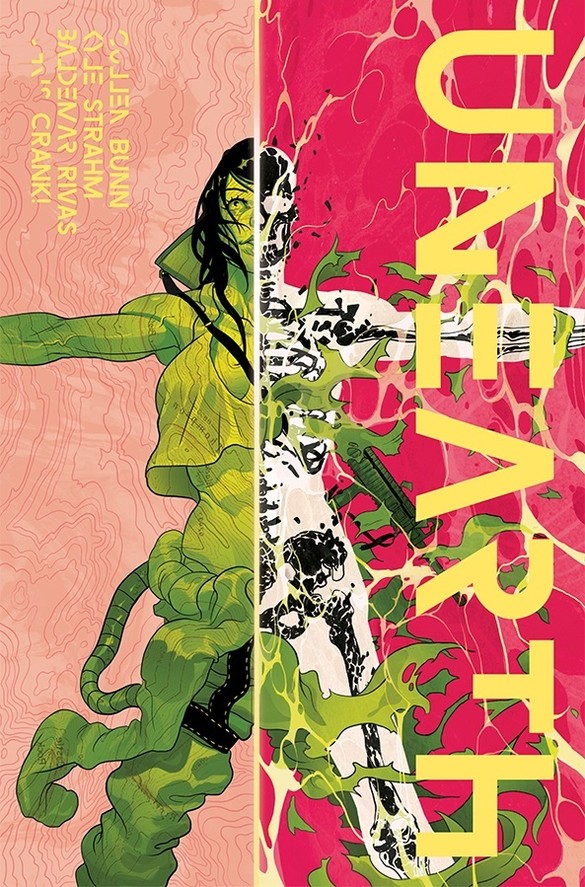 A mysterious disease strikes a remote town in Mexico, altering the flesh of those contaminated into hideous, twisted and swollen abominations. Tracing the source of the outbreak to a nearby cave system, a team of scientists and soldiers head inside to investigate, discovering that rather than a natural origin, the disease has its roots in the supernatural.

Cullen Bunn is one of those writers who seems to effortlessly turn out hit after hit, and this new collaboration with Kyle Strahm looks like it has the makings of another one. Right from the outset, this is a body shock horror story in the best traditions of Junji Ito with a truly disturbing premise. This isn’t a disease that simply kills. It unmakes you, warps you, and leaves you silently screaming your insanity through an idiot’s drooling grimace.

Cullen Bunn is synonymous with supernatural horror, and has produced some of the best horror stories I’ve read in the last few years. My major concern with this first issue however, is that it’s very, very familiar, and not because Bunn has produced anything similar himself. If you’ve read any of Mike Mignola’s Plague of Frogs or Hell on Earth then this will be an instantly recognisable storyline, and this could easily be a mission from the case-files of the B.P.R.D. Objectively this isn’t a bad thing, and nobody can deny the enduring success that Mignola’s creations have had in their history, but I just expected something more original from this creative team.

My second niggle with this issue is that Kyle Strahm isn’t providing the artwork. While Baldemar Rivas does a workmanlike job, I think that Strahm would have provided a far better end result and raised this issue to a whole new level. Rivas’ work on the specifically horrific aspects of the story is great, and it is obviously where he is most interested in what he’s doing, whereas the sections where there is little action seem to be dull and uninspiring. It is a shame that the artwork isn’t better in this issue, and when you combine it with a story that doesn’t have the distinctive, creative uniqueness that Bunn usually brings to the party, you’re left with a book that is ‘good but not great’, which is ultimately disappointing.

Am I going to continue to read this series? Of course I am. A story in the mould of B.P.R.D., penned by Bunn and Strahm, is always going to keep my attention but I’d really like to see them up their game with the artwork and show us some of the unique inventiveness we’ve come to expect. 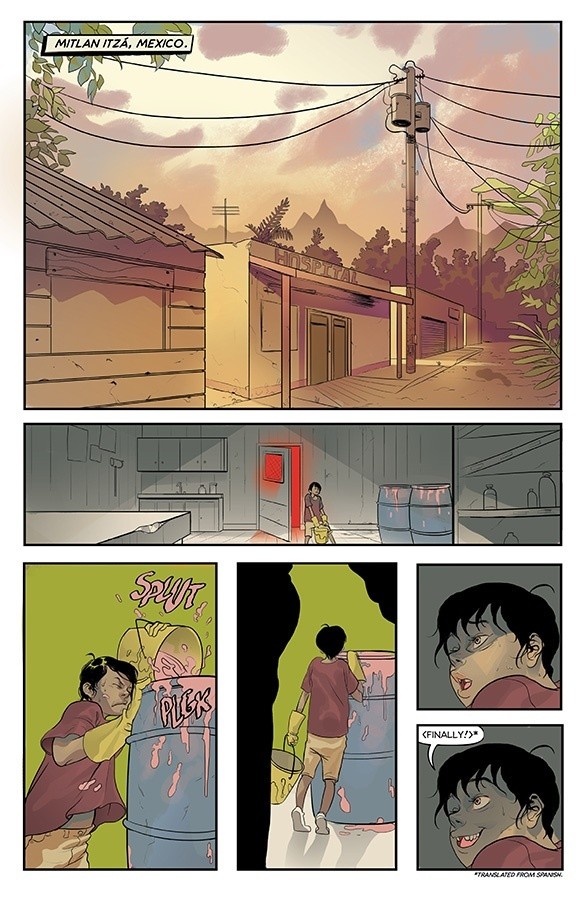 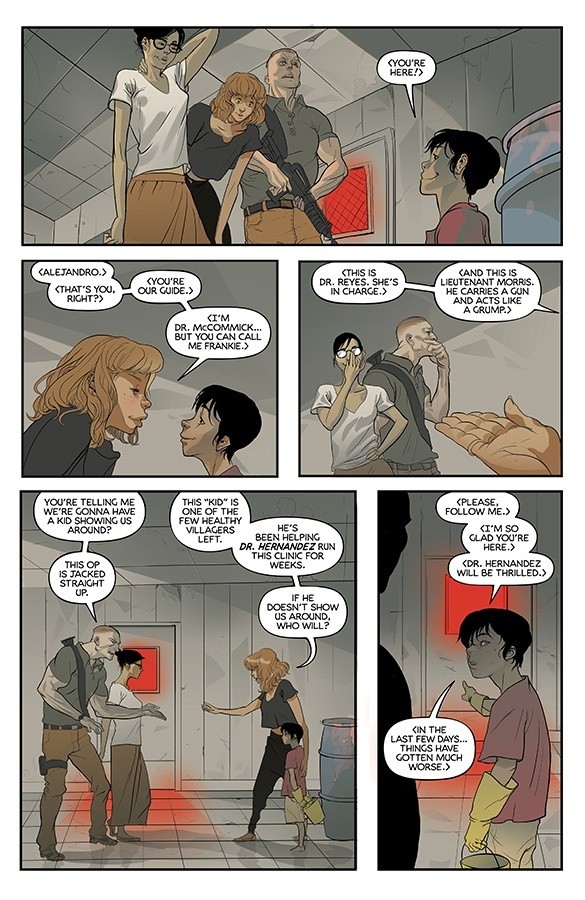 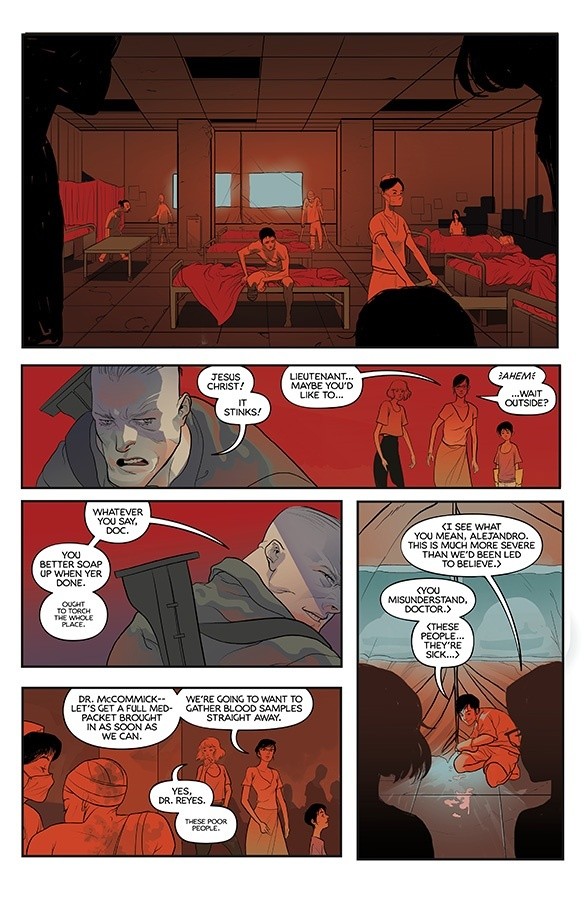 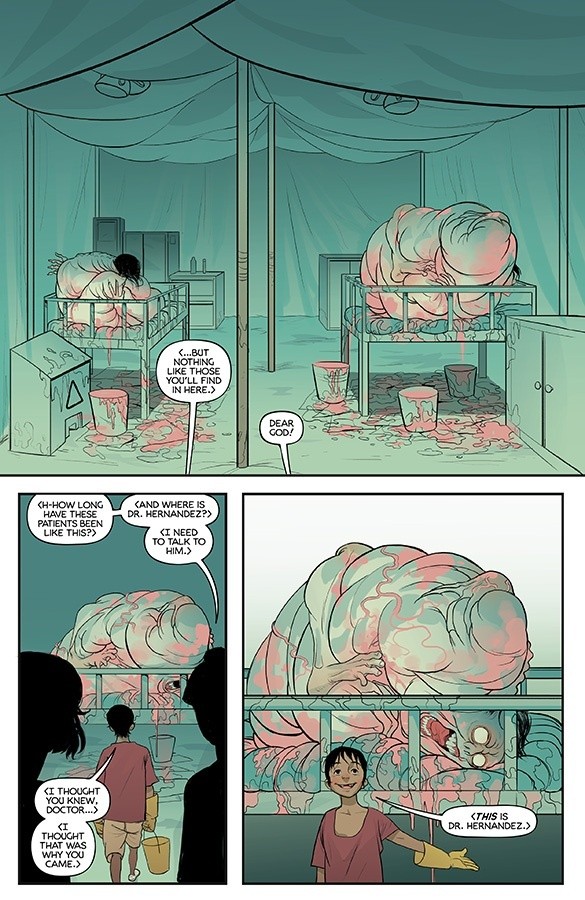 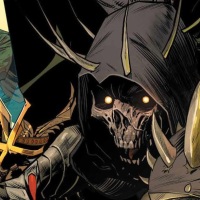 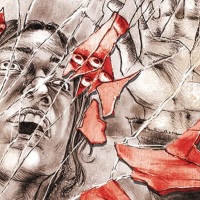