Justice League Dark has always been anything but predictable, a trend that most certainly continues in this week’s annual. After successfully reintroducing magic into the DC universe, the JLD team are now dealing with the after-effects of a world with a completely new set of rules (with a slight nod to the upcoming Hellblazer release), rules which mean that magic is even more unpredictable than before. However, this issue isn’t about the team. In fact, it’s not about the Justice League Dark at all. This issue is about Swamp thing.

Reading this annual honestly felt like picking up a solo Swamp Thing title, albeit one crossed with the writing tones of the recent Sandman Universe comics. At the behest of Constantine, Swamp Thing reflects on his loss of connection to The Green. Without a champion in place, a new human must be chosen, which is process Swamp Thing remembers all too well. He sets off in search of this new Lord of the Green, only to discover that haven’t exactly picked the most stable of candidates.

The story follows two separate storyline threads, one part following Swamp Thing and the other following the tragedy of the new human picked to be the champion of The Green. It was great to see another character driven story, and also a little surprising given the action-packed nature of the recent issues. It feels like the creators are taking a breather to really explore Swamp Thing, putting him squarely in the spotlight while still tying it to the JLD team with Constantine. Framing the gradual reveal of the new character with themes of loss and grief was a particularly stand-out point for me.

Guillem March’s artwork is brutal and beautiful here, with the vibrant colours and tentacle-like floral branches around each panel accentuating the ‘dark fairy tale’ feel of the story. It reminds me again just how challenging it must be to convey feelings on a character as monstrous as Swamp Thing, but March manages it here, and manages it well.

The Justice League Dark annual provides some great progression to the main ongoing story while still functioning as a standalone Swamp Thing story in its own right. Definitely one for anybody looking for a jumping-on point for the team, complete with some extra little teases of what’s to come. 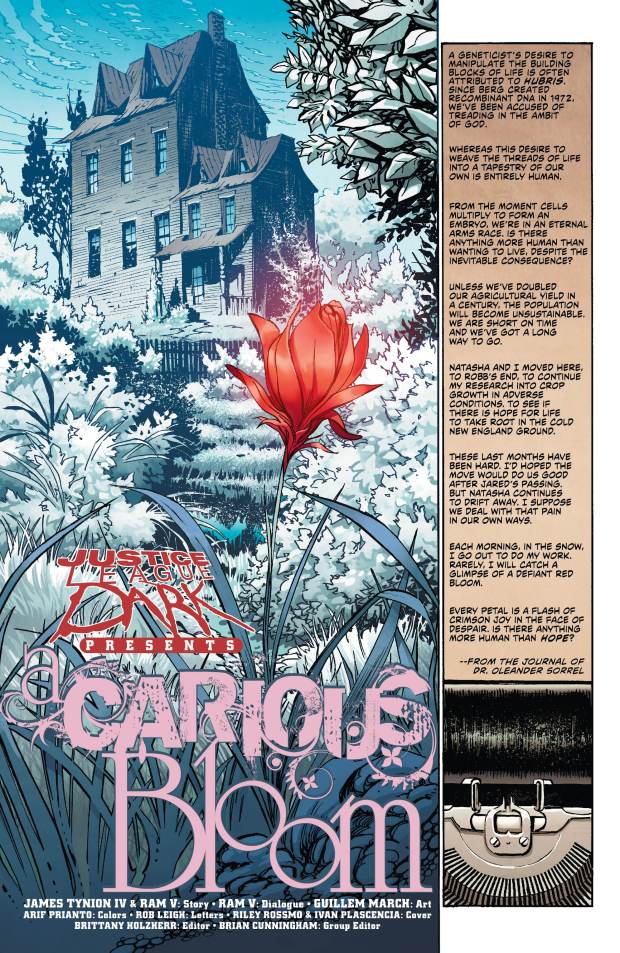 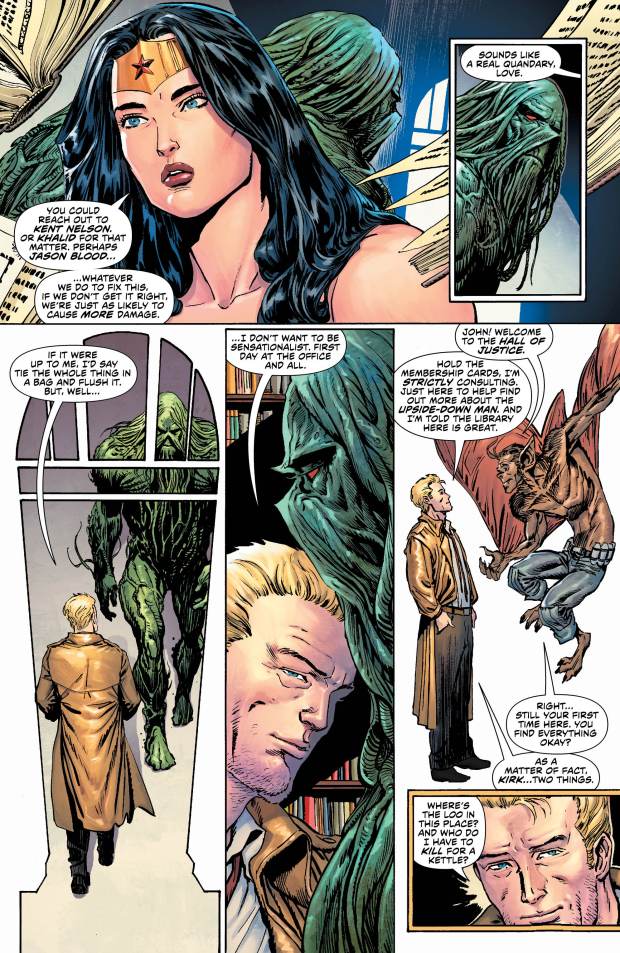