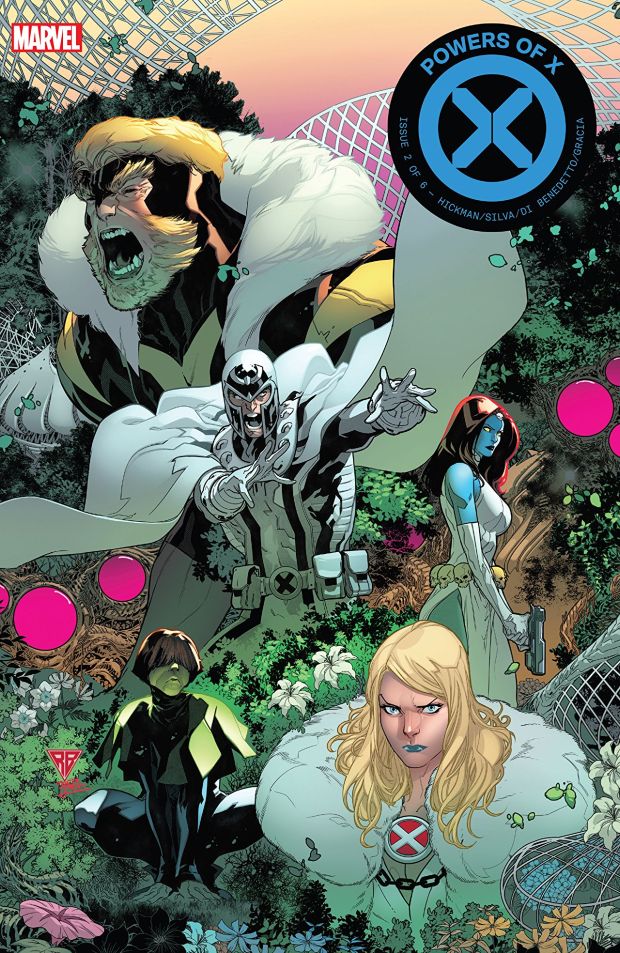 When Jonathan Hickman’s House of X and Powers of X were announced, the press releases boldly proclaimed that these books would honour the events that came before them while also relaunching the X-Men comic book franchise. Well, Powers of X #2 is a great example of adhering to that promise.

Hickman has not only crafted a new story that weaves in and out of classic storylines, which is an impressive feat on its own, but he also manages to tell four stories that are essentially throwaway without them feeling anticlimactic. Each story provides enough context to clue us in on how the “current” event(s) play out. Admittedly, I found this particular chapter somewhat boring, but there is a lot of setup for some really cool events to come.

For example, the Year One story shows Moria MacTaggart and Charles Xavier on Island M trying to enlist Magneto’s help. However, the House of X/Year Ten story shows Magneto on Xavier’s team. This mode of storytelling creates something of a dilemma for each of these threads – with the exception of the story that takes place 1,000 years in the future – because we already broadly know how they each end,. However, Hickman does enough interesting things and lays out some delicious breadcrumbs for us to follow.

The dialogue in this story gives a familiar sense of the character we’ve come to know and love from the series. Xavier reaches out constantly in their exchange, while Magneto remains reluctant, even annoyed, at the idea of joining forces. He agrees to their terms but responds with an ultimatum. In true Magneto fashion he threatens to do what must be done if he feels Charles’s convictions wane. Hickman’s dialogue in the future stories successfully show these characters pushed to the edge.

Our small slice of House of X shows Charles, Magneto and Cyclops going on the offensive against Orchis. Now that Moria – who isn’t present in this story – serves an oracle of sorts, it explains why we have a more militant version of Xavier. Armed with the knowledge that Orchis has plans to design “Mother Mold”, a Master Mold with the capability to make other Master Molds. This scene becomes is exciting and devastating because the X-Men are essentially doomed. That said, the call to arms that ends this arc is so exhilarating because it suggests that we might finally get to see this new X-Men team in action.

The inclusion of Xavier and Magneto’s exchange that breaks down Orchis and the organizations it’s comprised of is a helpful reminder that the infographics aren’t always needed. The pair manage to convey in a few panels what the two-page infographic spread tried to convey to the point of exhaustion.

Speaking of action to come, it seems that the most anticipated battle will take place 100 years it the future. Hickman restructures the team to include Rasputin and Cardinal as well as Wolverine, Krakoa, Xorn, and “Green Magneto.” It’s a dour moment in which the group plans a suicide mission where they will have to fight their way into and out of the machine and human city. However, one mutant promises the team’s survival. Their leader: Apocalypse. Despite the promise, it’s alarming to see Apocalypse in a moment filled dread with uncertainty. The battle should be pretty epic considering the tease House of X issue two provided with Apocalypse in battle against Nimrod and his forces.

The last story really does feel like the end of everything, though. Nimrod and the Librarian have cultivated a world that has gained the attention of the Phalanx who consumes highly intelligent societies in order to add to its collective intelligence. R.B. Silva’s art and Marte Gracia’s colors are out of this world (pun intended) with the introduction of the Phalanx as these godlike beings. The last panel feels ominous, and very much like the final period in the X-Men comic book franchise. It’s hard to imagine Nimrod doesn’t have something planned considering he and his followers are willingly to “ascend.”

This issue is a lot slower paced than the previous one, but these stories promise a larger conflict and some remarkable twists and turns. It’s a shame that these stories have to be crammed into one book instead of being four separate series that could really expand the universe. With the literal end in sight in the ascension story, I can’t help but wonder if the ascension results in the creation of the new status quo for the six upcoming spin off series (X-Men, Excalibur, Marauders, New Mutants, Fallen Angels and X-Force) or if they’ll be set somewhere in-between years 1 to 1000. 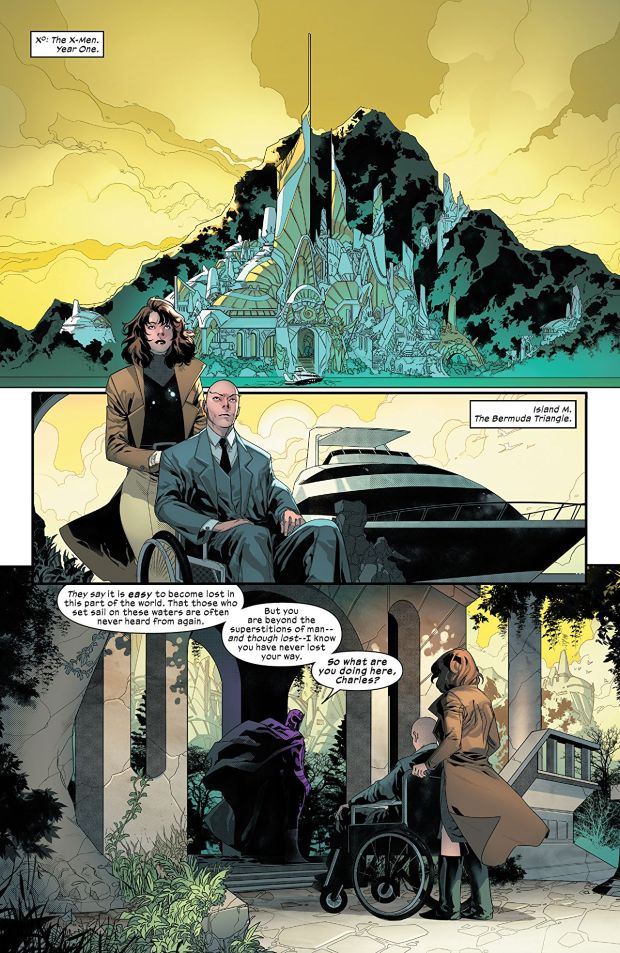 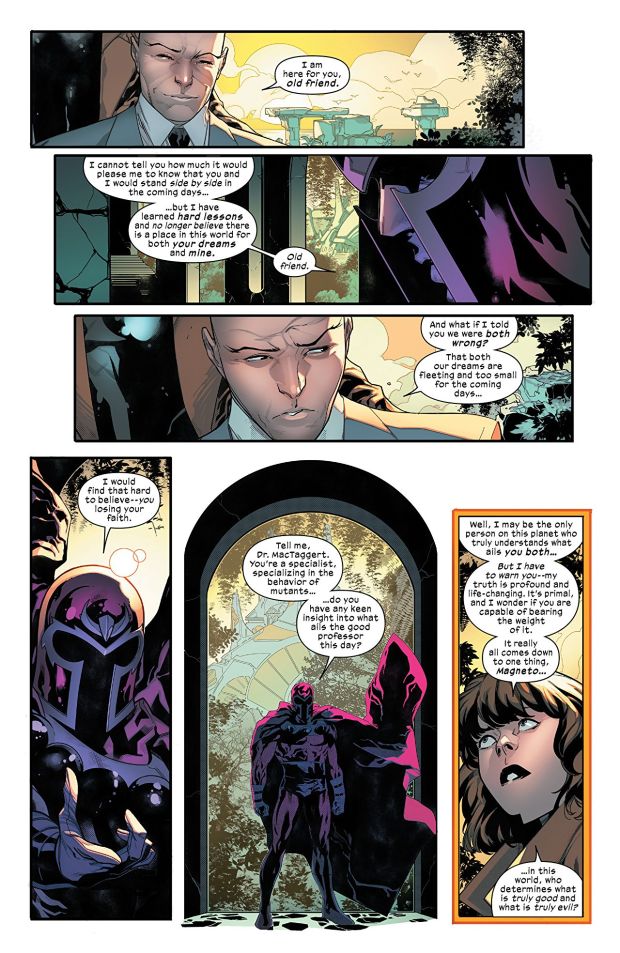 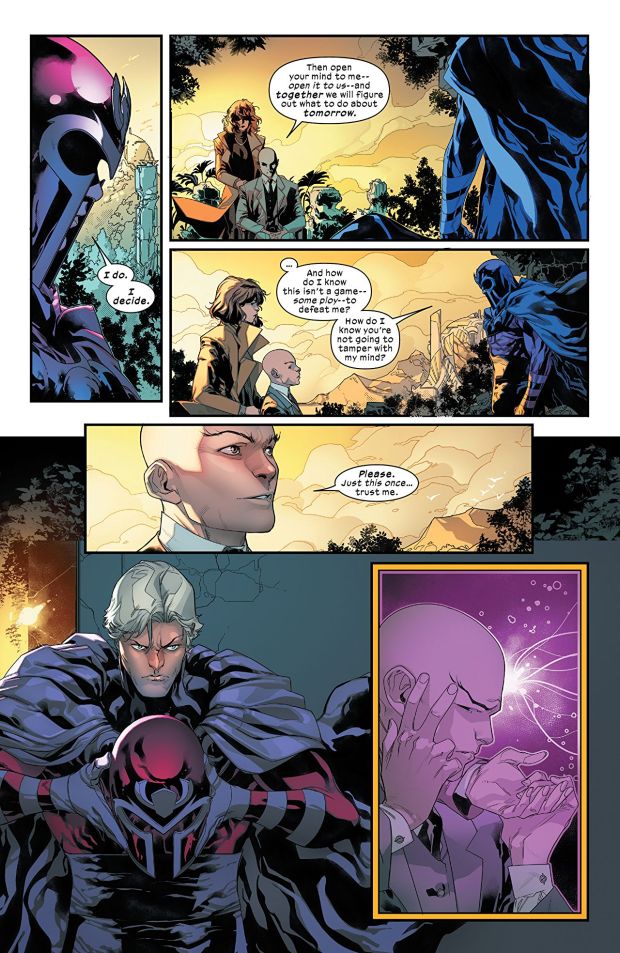 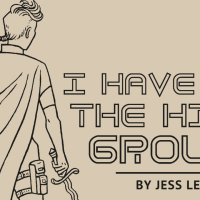 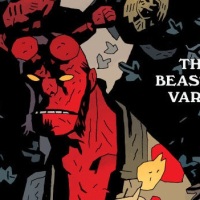 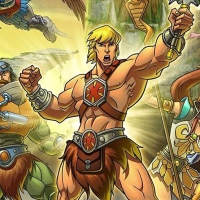 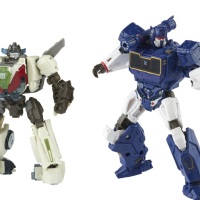