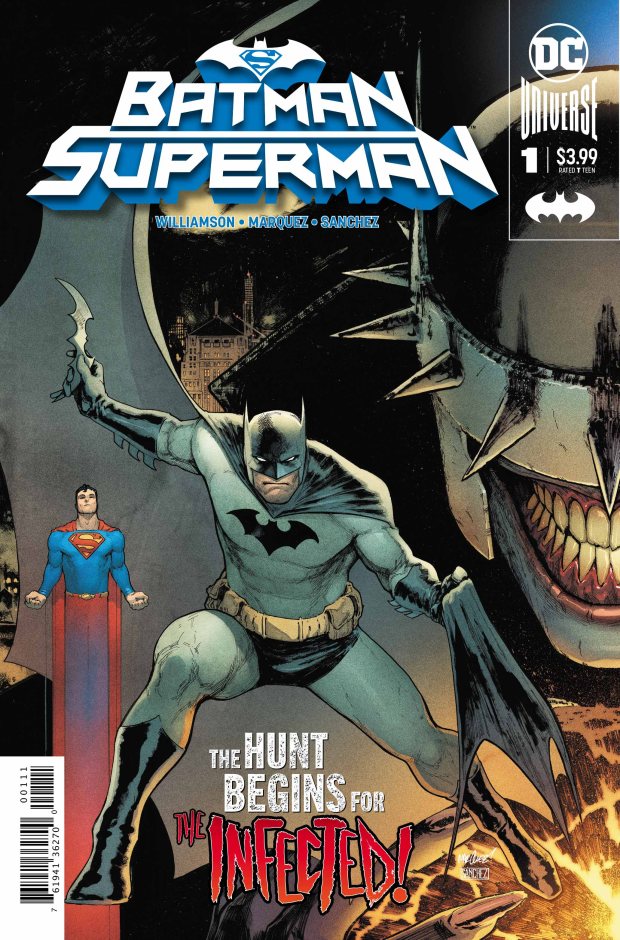 Spinning out of DC’s recent critically acclaimed seven-part Batman Who Laughs miniseries, this new Batman/Superman series sees the Dark Knight and the Caped Crusader teaming up together again to track down the “Secret Six” – half a dozen members of the DC Universe who have been infected by the BWL’s toxic Batarangs and turned into twisted versions of themselves.

While a lot of the actual content of this first issue (including the identity of a fair few of the “Secret” Six) has already been revealed by solicitation info and advance previews, the execution here is undoubtedly impressive as Batman and Superman’s attempt to track down a missing child lead them to discover the horrifying nature of the Batman Who Laughs’ master plan.

The Batman/Superman dynamic and the contrast between their ideologies has been done to death over the decades, and to be honest there’s nothing here that we haven’t seen many times before. That said, the pair always work incredibly well together, and their conflicting outlooks – combined with Batman’s mistrust of the Man of Steel due to the fact that he isn’t ruling out the fact that Clark may himself be infected by the toxin – are brought to the page confidently by DC stalwart Joshua Williamson.

The “everyone’s a suspect” approach is always a winner in my book, and while we already have some hints and teases popping up in this very issue, the bulk of the narrative here leads us to the shocking and well-executed reveal of the first victim.  Much like the pair’s dynamic in general, the alternating narration between  Bats and Supes isn’t really anything new, but adds an enjoyable tempo to their investigation, as well as some added poignancy to the eventual discovery and eye-widening final page cliff-hanger.

David Marzuez’s artwork is fairly subdued for the most part.  Not dull by any means, and always boasting a creative approach to his layouts that keeps the pages looking interesting.  I’m always a fan of artists who don’t portray Superman as some hulking, veiny bodybuilder, and Marquez’s Man of Steel lands right in the sweet spot of power and humanity here.  Moreover, the restrained approach really helps to accentuate the frequent dramatic beats of the story, where he and colourist Alejandro Sanchez really get to cut loose.

The final page reveal will come as no secret to anyone who has been on the internet in recent months, but once again the execution is admirable.  A confident start then, with the familiar and slightly dog-eared Superman/Batman dynamic being given a new lease of life by virtue of the exciting, captivating backdrop to their latest team-up.

If you’ve been following the sadistic escapades of the Batman Who Laughs since his debut in Dark Days: The Casting this is an absolutely essential purchase, and if you love a good superhero horror mystery story, you definitely owe it to yourself to pick this one up. 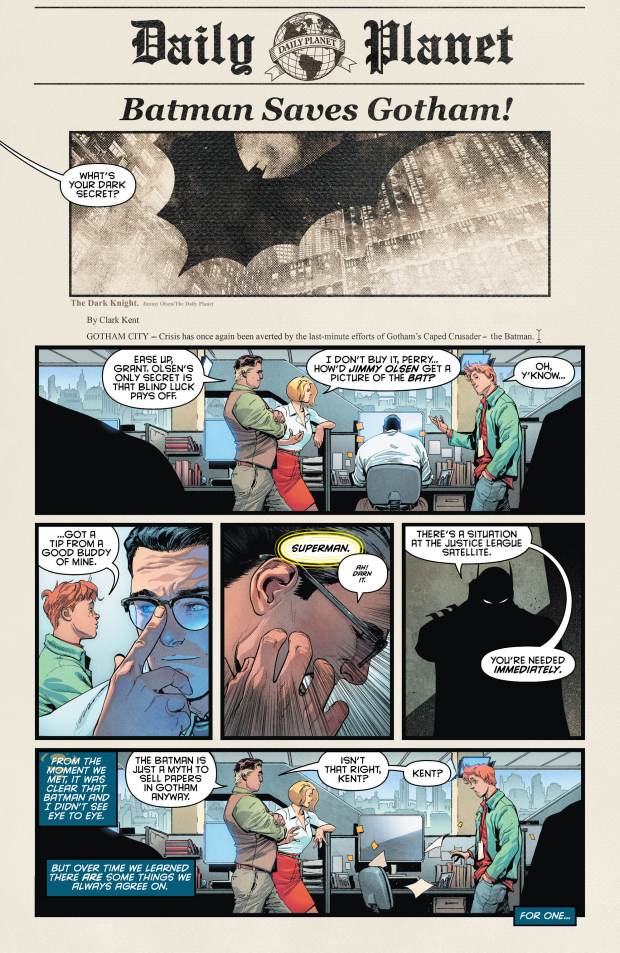