Released to celebrate the 80th Anniversary of Marvel Comics, 80 for 80 is a hardcover collection of some of the most memorable covers and splash pages from the last eight decades, complete with additional notes and comments from some of the top creators in the business.

Ranging from the first issue of Marvel Comics back in 1939 to the Death of the Mighty Thor in 2018, this book provides a fascinating and visually striking time capsule of the past eighty years of comics.  Each year gets its own entry in the form of with a double-page spread featuring the selected cover/splash itself along with some additional background information and comments.

Vitally, the quality of the reproduction is top notch, which each piece of artwork being gorgeously recreated in the hardcover collection’s oversized 9″ x 13″ glossy pages, and supplemented by trivia, context and interview excerpts from some of the creators involved with the particular issue.  There’s perhaps nothing too ground-breaking here in terms of the information provided, but there’s certainly enough to add a little extra flavour to the artwork, particularly for readers unfamiliar with the original stories.

As is common with these kind of things, the first thing I did was to quickly flick through and see if my own personal favourites made the cut.  Thankfully, both Secret Wars (the first issue of which was the first “proper” superhero comic I ever picked up way back in 1984) and Starlin and Perez’s Infinity Gauntlet were both fondly represented, and while there will likely be some debate amongst comic fans about several other inclusions (or, indeed, omissions), for the most part I’m fairly satisfied with the selections made.

Naturally there isn’t any sort of narrative to be found here, and you’d have to imagine the re-read factor would be fairly low for the most part (except to pick it up every now and again to bask in the cracking artwork), but that’s pretty much the nature of the beast when it comes to art books.

Providing a visual trip down memory lane, packed with nostalgia and eye-popping artwork, 80 for 80 is the coffee table book every self-respecting Marvel fan needs to have in their homes. 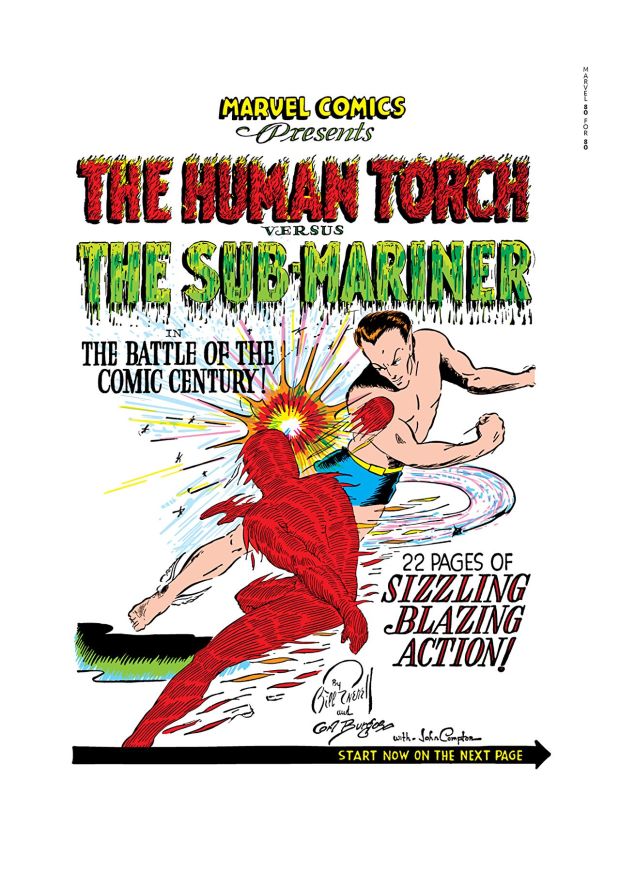 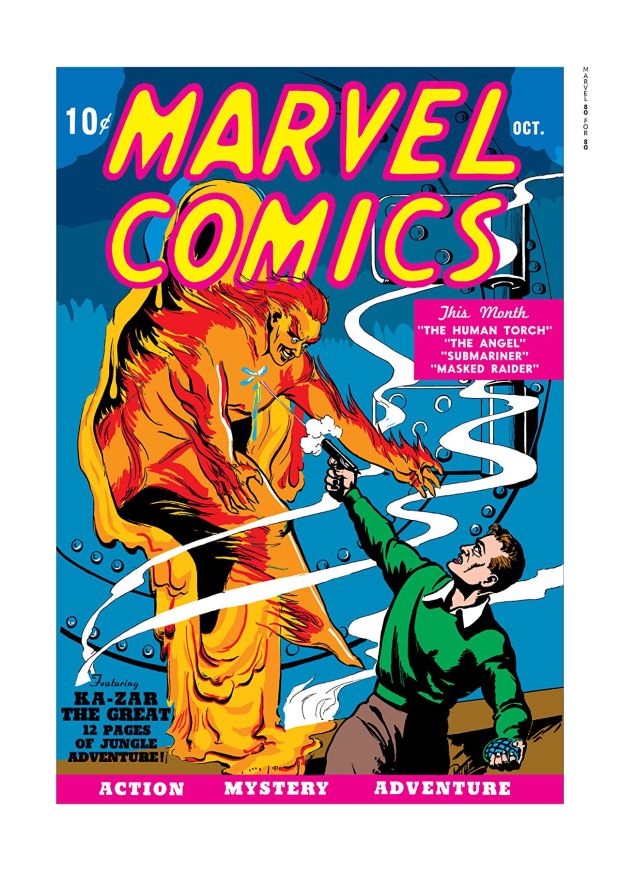