Hot on the heels of the incredibly strong four-part “Constructicons Rising” arc, IDW’s Transformers: Galaxies launches into a brand-new story with a brand-new creative team this week. And full disclosure, the idea for this one had me completely sold long before I even picked up the issue.

Deathsaurus is carrying out a routine “Energy Diplomacy Mission” to the planet of Probat, negotiating a new deal to harness some of the impressive natural resources the inhabitants of the planet have at their disposal. Fortunately, the planet pretty much worships Bumblebee following a previous act of heroism on his part. Unfortunately, however, ‘Bee himself isn’t actually available, so Cliffjumper is drafted in to take his place. Hey, the Probats use echolocation and can’t see colour anyway, so what’s the harm, right?

It’s clearly a great idea, but it quickly becomes clear that there’s a lot more going on here than just some amusing awkwardness as Cliffjumper is forced to pretend to be his heroic yellow counterpart, with Deathsaurus’ not-so-secret agenda for the Probat resources gradually revealing itself. It’s this kind of depth of storytelling that has typified IDW’s Transformers comics to this point, adding some real nuance and emotional investment to what is essentially a book about giant talking robots.

Leth has a great voice as always, and manages to balance her familiar sense of humour with the relatable issues at the heart of the story. Equally impressive are the contributions of (I believe – apologies if I’m wrong) first-time writer Cohen Edenfield, and while it’s difficult to work out quite where Leth stops and Cohen begins, they certainly do an admirable job of working alongside the Canadian cartoonist to deliver an upbeat, amusing story with a worthy message at its core.

On the visual side of things, the book is definitely in safe hand with long-time Transformers stalwarts Alex Milne and Josh Perez, who skilfully balance the epic and the intimate as this first chapter ebbs and flows. Cliffjumper’s expressions throughout are pure gold, and the contrast between our diminutive hero doppelganger and the hulking, jagged Deathsaurus provides some cracking comedic and dramatic beats.

The final pages reveal the real meat of the story, hinting that Cliffjumper may be poised to become an actual hero rather than merely a crimson facsimile of one, and absolutely hooking me for the remainder of this particular arc. It’s always fascinating to see what new creators do when they’re given access to the Transformers toy box, and Leth, Edenfield and Milne have come together here to create something packed with humour, drama and relevant real-world parallels. Highly recommended. 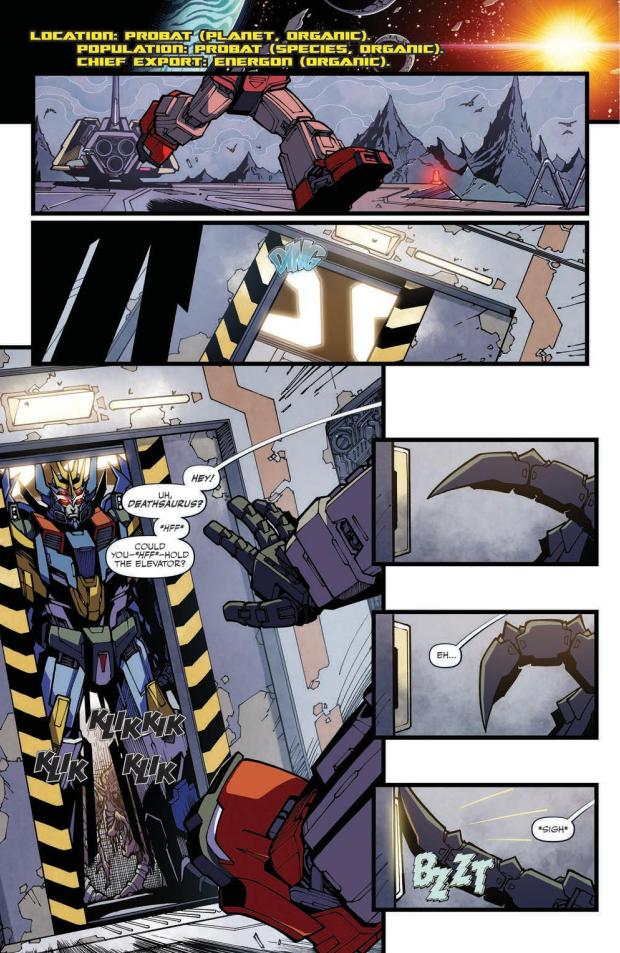 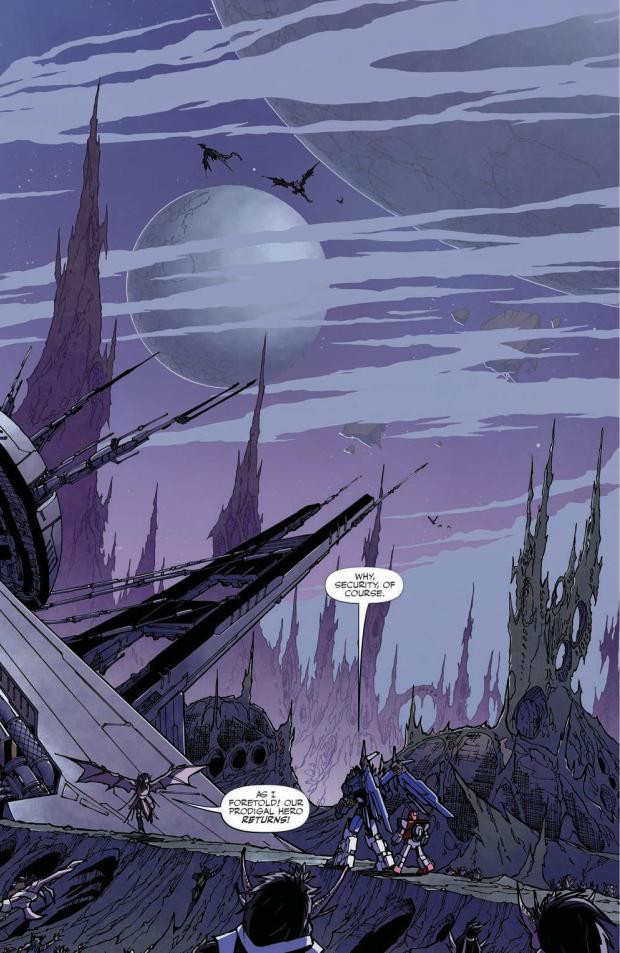