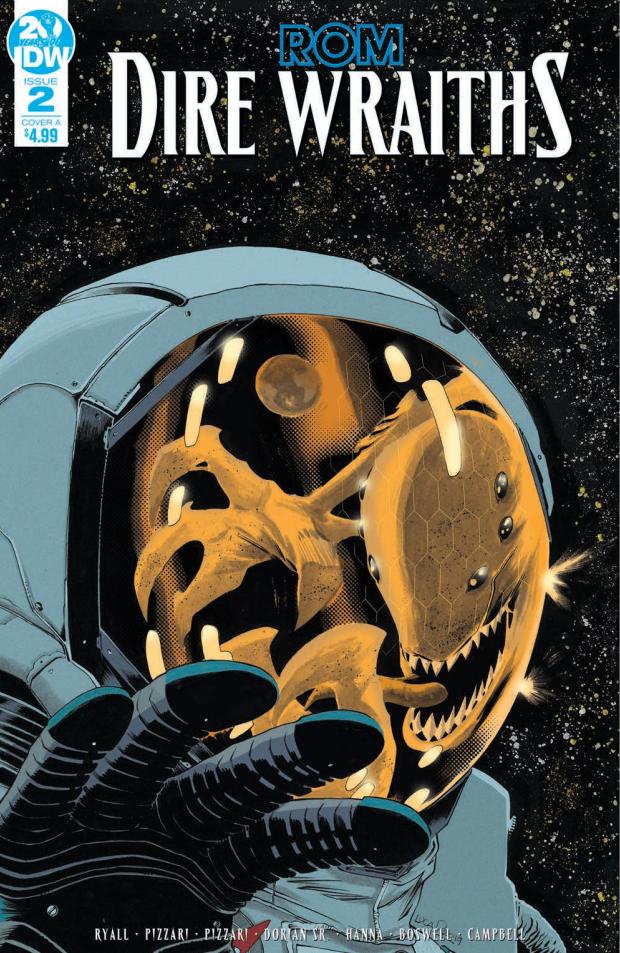 Absolutely crammed with some of the most gratuitous zero-gravity based violence seen this side of the Moon, Chris Ryall’s sense-shattering script for issue two of “Rom: Dire Wraiths” soon builds up a death tally which would surely sate even the most blood-thirsty “IDW Publishing” reader. Indeed, for any uber-nostalgic fans of the short-lived 1986 animated series “Inhumanoids” and its scientist-rich super-team of heroes, the Long Beach-born writer’s “One Small Step For Dire-Wraith Kind” kill-count will disconcertingly prove a truly traumatic twenty-page passage.

Right from the start, the narrative strongly suggests that absolutely nobody is safe from having their extravehicular mobility unit lethally torn asunder and vital organs wantonly exposed to the cold vacuum of space. True, there is a modicum of trust that NASA’s Apollo 11 astronaut crew will survive the horrific ordeal befalling them, especially as the steadfast Adventure-One Team repeatedly hurl themselves in harm’s way so as to protect Neil Armstrong and Buzz Aldrin. But considering the shroud of national security which overshadows all of this comic’s events, it quickly becomes clear that a cover-up relating to their tragic demise would not be beyond belief; “Houston. Houston, do not turn the cameras on. Repeat, keep the Eagle dark. There is a… situation I do not want broadcast.”

In addition, Ryall appears utterly unafraid of murdering off this comic’s lead cast without any warning whatsoever, whether it be a “simple matter” of a Dire Wraith literally boring into an unsuspecting astronaut’s boot so as to liquefy their body from the inside out, or just gnawing another unsuspecting victim’s helmeted head clean off with a viciously vengeful bite. Such unrestrained carnage does rather satisfyingly work both ways, with the Dire Wraiths themselves adding to this book’s death toll courtesy of a truly patriotic spear throw across the thin atmosphere of the lunar surface using “Old Glory”. Yet it is undoubtedly the “pathetically weak” humans who bear the brunt of this book’s grisly atrocities.

Delightfully, all of these pulse-pounding panels are gloriously pencilled by Luca and Andrea Pizzari, with colorist Jim Boswell providing some extra punch, thanks to some vibrantly vivid palette choices. In fact, even towards this publication’s end, when a lone Dire Wraith inexplicably decides to deliver a heavily-wordy piece of exposition to the surviving astronauts rather than just hew them asunder with his barbed tentacles, the creative team’s artwork quite compellingly carries the audience along, thanks to a tremendously well-drawn splash page featuring the Spaceknight, Rom. 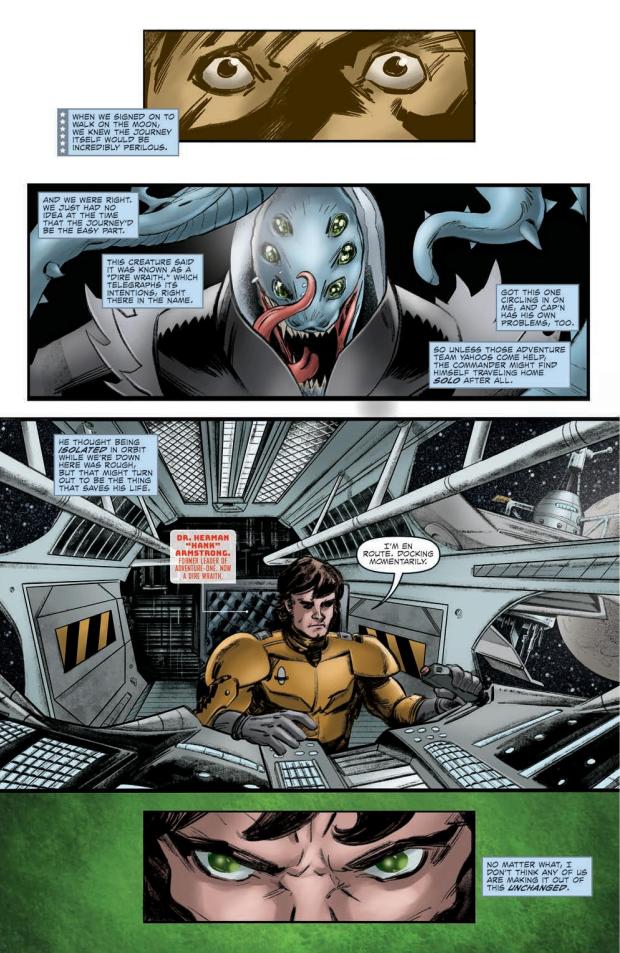 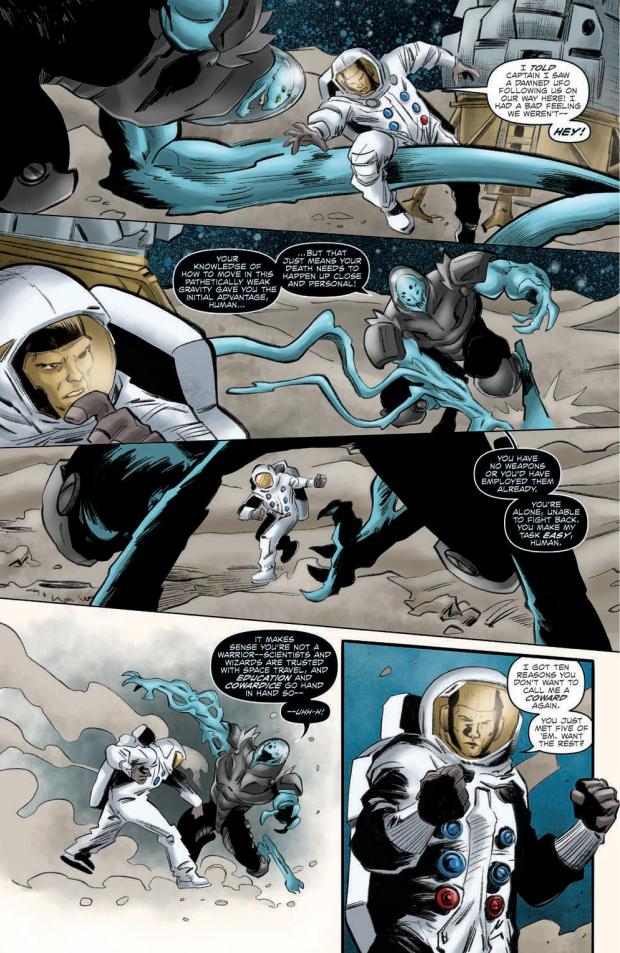 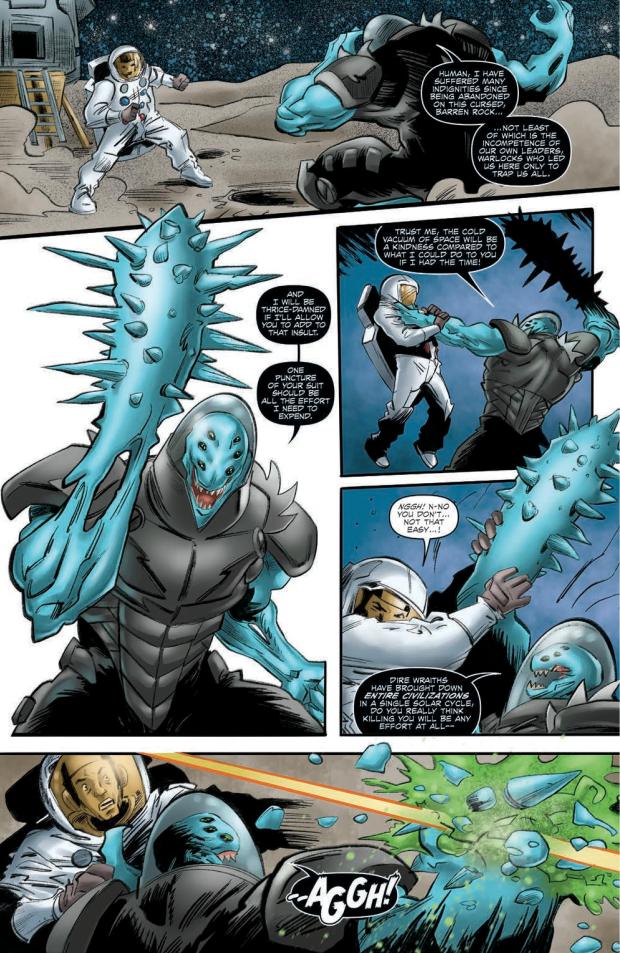 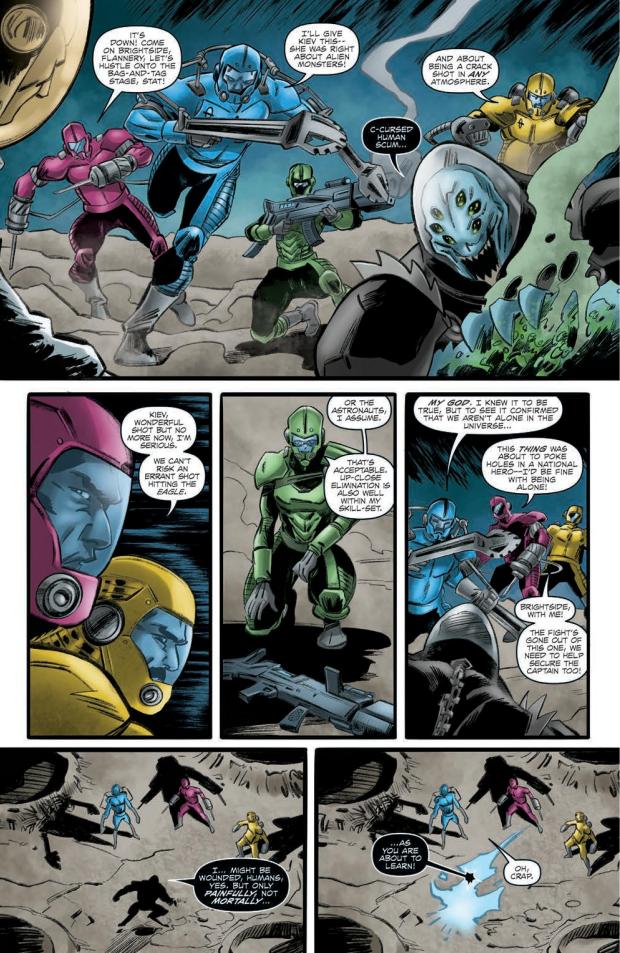 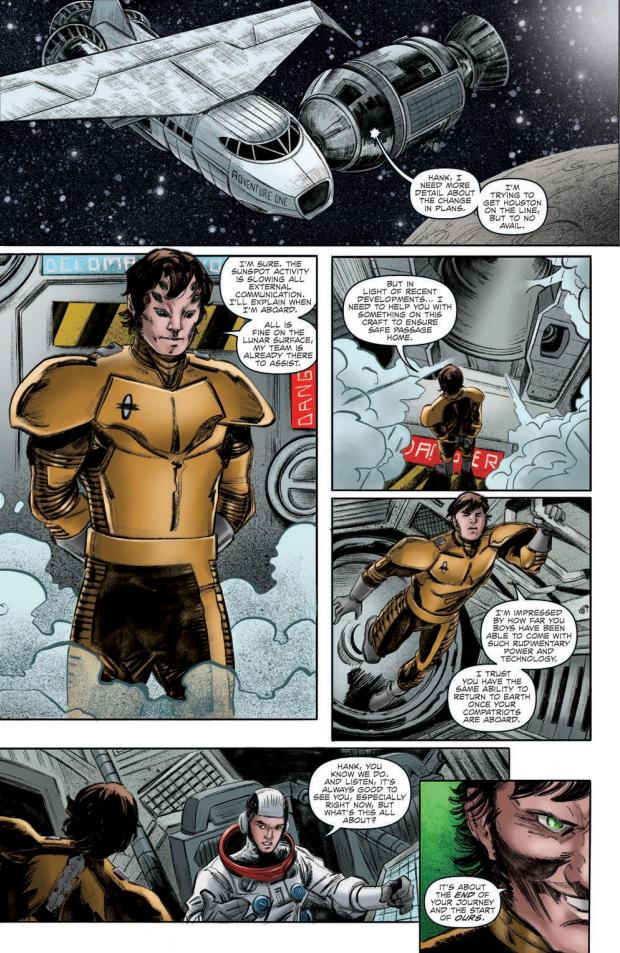 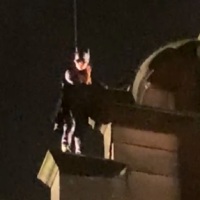 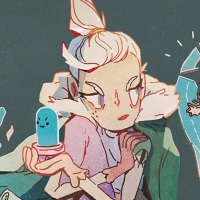 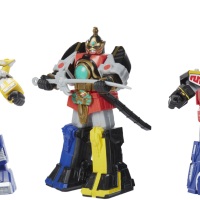 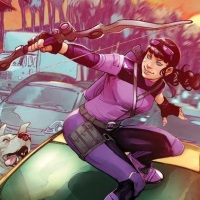