“Maybe in her place I’d do the same thing, just pick up life again.”

There’s not a huge amount going on in Carnival Of Souls, both in terms of plot and production, but is impact and influence on horror cinema is massive.

Taking time off from producing corporate films for the education and industrial sectors, Herk Harvey was inspired to make a film of his own after driving past Salt Lake City’s abandoned Saltiar Pavillion. It’s desolate but still grand appearance immediately gave him an image that he knew had to end a film – one of ghouls dancing in its ballroom. Giving his idea to co-worker John Clifford to work up, Harvey quickly had a script on his hands that he would turn into one of the most influential horror films of the decade.

A drag race ends in tragedy when one of the vehicles crashes over the edge of a bridge, plummeting into the river below. There appears to be no survivors, but eventually, Mary Kelly stumbles from the muddy bank, bewildered but alive, much to the shock of the assembled crowd of bystanders and police.

Determined to move on with her life, Mary leaves her job and moves to a new city to take up an already-planned job as a church organist.

Moving on proves difficult though, as she struggles to connect with people in her new life, a terrifying spectral figure keeps appearing to her and she finds herself strangely drawn to an abandoned carnival pavilion on the edge of town…

Okay, it’s very obvious very, very quickly exactly what has happened to Mary, rendering the “shock” ending somewhat less than shocking, but it’s no less effective for it, coming after one of the most atmospheric ghost stories ever made.

Considering the budget was under $30,000 and many scenes were shot guerrilla-style in and amongst the general public, Carnival Of Souls never feels cheap or amateurish, even if some of its cast were. Harvey conjures an ambient, dreamlike quality that frequently slides into nightmares, following Mary as she drifts from one encounter to the next, never quite fitting in or feeling comfortable. 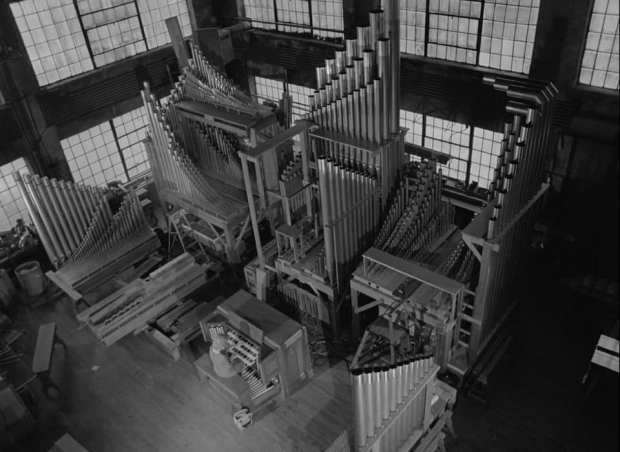 From the moment she stumbles out of the muddy river, we hear voices talking about her, but we don’t see where they’re coming from. Yes, there’s people there, but it’s not them expressing concern and wonder that she’s survived. It’s almost like she’s not really there.

Again and again, Harvey suggests all might not be what it seems with Mary, but it never feels heavy-handed or clumsy. She appears at the scene of the accident again not once but twice before she “leaves town”, while the music she plays on the organ frequently blends into the soundtrack. It’s a marvellous device and really adds to the constant feeling of unease that permeates both Mary’s thoughts and the film itself.

That initial shot of her playing on the factory organ is magnificent too, with its array of pipes and machinery (which Harvey added to for dramatic effect) towering above her at weird angles as we look down on her from the heavens. 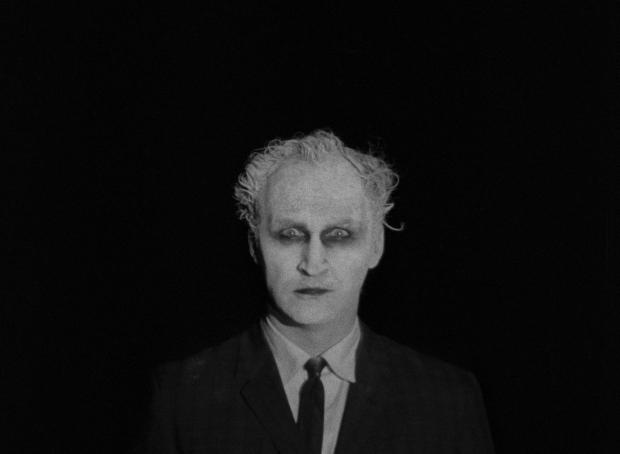 In case there was any doubt in our minds, the horror really amps up when she starts seeing that iconic ghoul in the reflection of windows and mirrors. It’s Harvey wearing yet another hat in his production of course, but he’s a wonderfully unsettling presence, smiling and beckoning, but wickedly so. It’s the simplest of effects, but it’s the stuff of nightmares too.

Best of all is that titular carnival. The pavilion is haunted by a cast of ballroom dancing ghouls, but it would have been a creepy location even without them. As a place that was so full of life and colour at one point, seeing it desolate and decrepit really reinforces just how much of a dead place Mary has found herself in. Add in those ghouls though and you have a real horrorshow.

The “real” people in Mary’s new life – her forcefully amorous housemate, her new boss, the doctor who finds her in the street and won’t let go etc- all want something from her that she can’t give, but the dancers in the pavilion all just seem to want her to join them. Admittedly, they’re terrifying, undead phantoms going through the motions of their old lives, but they at least know they are and are content with it.

Mary? Well, she takes a bit of convincing.

Carnival of Souls is just one upsetting and indeed unsettling scene after another, as we follow Mary on her journey to acceptance. Whether it’s pleading with people to see or hear her, unwittingly playing music in her church that is so wrong the priest considers it blasphemous or just being chased by cackling phantoms, Mary’s path to her eventual end isn’t easy.

Herk Harvey would never make another feature film, making Carnival of Souls not only his debut but his swan song, but what a film it is.

It’s an absolute masterpiece and it’s influence on everyone from David Lynch to George A. Romero is clear to see. Sure, it’s understandably dated over the years, but it has also lost none of its power to chill the blood.

As unsettling as it is melancholic, Carnival of Souls set a bar for low-budget independent filmmaking that changed the face of horror as we know it. Astonishing.