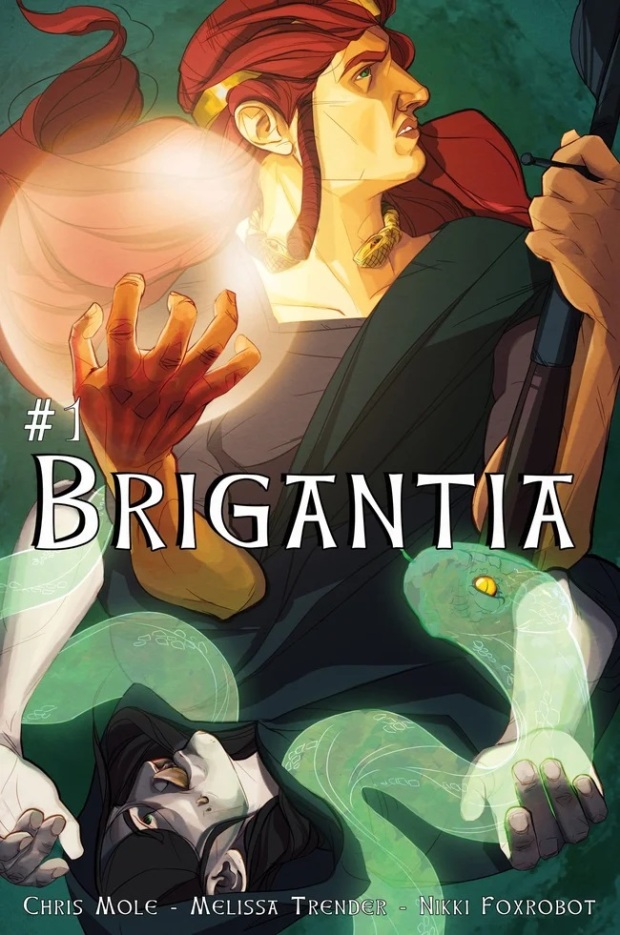 Eighteen hundred years ago, the pantheon of gods in the British Isles kept the balance of light and dark, life and death, plenty and famine, through an endless cycle of sacrifice, death and rebirth. When her ‘brother’ Veteris breaks the cycle, and in order to save her beloved people, the goddess Brigantia follows him into the underworld to redress the balance. Veteris however is a schemer and trickster with unseen motives for shifting the balance, and traps Brigantia, forcing her to follow him into a future where the voice of Mother Earth is smothered in concrete and her followers are long dead and buried.

The first thing that struck me about this story is how little I actually know about British Pagan mythology – something I really need to rectify in the near future.

The second thing to strike me was the artwork, which is Disney through and through both in terms of the character design and the world that Melissa Tender has delivered. It took me a moment to place it, but the artwork is actually extremely similar to Disney’s Atlantis (which was inspired and developed by the legendary Mike Mignola), and in some respects the character designs for Hercules and Tarzan. I should point out that this isn’t a negative thing at all, quite the opposite in fact, and I actually thought it did a fantastic job of drawing the reader into the story (although I have taken to reading Veteris in the voice of James Woods as a result).

Impressively, Mole and Trender have employed a consultant in paganism (Limnaia Areia) in the writing of this series, making it clear that they’re serious about getting the details correct, although not in a way that becomes overly heavy or impedes the pace of the story. The narrative itself is perhaps nothing ground-breaking, the unending battle between light and dark is one we’ve heard many times before, as is the transportation of protagonist and antagonist into a world they don’t understand and has no memory of their existence. The narrative, however,  is delivered well and in a way that is genuinely interesting.

There’s something of a Wonder Woman story in this narrative, certainly in the way that Brigantia’s character is presented in this issue, but also in the way that she becomes a warrior for a people that don’t even know she exists. If you’re looking for a template for a warrior goddess then there are worse places to start, and that combined with a mythology that I’m not familiar with makes for some interesting beats.

This is a story with gods, monsters and mythology which has the potential to become a really great saga. The next issue is coming up on Kickstarter soon, and I’m looking forward to seeing where this story goes next.

The Kickstarter for issue #2 of Brigantia goes live on the 28th of July 2020. CLICK HERE to be notified once the campaign goes live. 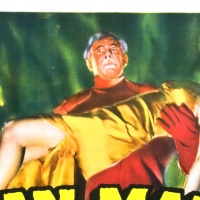