If you’ve read any of my comic reviews, then you’ll know that a big thing for me is when the creative team put a bit of effort into their world building. The scenery and stage dressing are an integral part  of any story, and often the best plots are let down by a lack of even cursory detail. Sure, there’s always going to be exceptions but maybe it’s the roleplay gamer in me that loves being drawn into new worlds.

What’s that got to do with anything though, you may be asking? Well, I just happened to get my hands on a review copy of Arium: Create; a brand new book soon to be released from Adept Icarus (https://adepticarus.com). Not so much a roleplaying game as a roleplaying tool, Arium: Create is a system to allow players and game masters alike to create worlds which they all want to play in. Some pretty lofty ambitions then from a relatively small book? Well, yes and no. Unlike some other world building tomes and guides, this isn’t a book of tables and name generators. Instead it’s a process tool or system to allow everyone to ‘create’ something collaboratively.

Before getting into the guts of that though, I should take a bit of time to discuss what exactly you would be getting for your purchase. The pdf review copy I saw clocked in at 52 pages and was full colour. The layout was easy on the eye and although it wasn’t your traditional double column, I didn’t have any trouble with this on my e-reader. As a world creation tool, there is plenty of sumptuous art throughout and as it’s effectively system and setting agnostic (you’re building your own!), we get to see a variety of genres. Before we hit content then, the product looks to shape up pretty well.

It’s amazing how a piece of art can fire up the imagination. Often it’s things like favourite media franchises which get the creative home-made RPG juices flowing. The explosion in roleplaying games following the d20 boom means that it’s not long before anything popular gets snagged up and licensed for a game setting. For me though, a single image can sometimes be enough to make you sit and think about what’s happening in world we have but a small window to peer through. Kudos again for the range in here.

To the nuts and bolts of Arium: Create. From the blurb I wasn’t exactly sure what to expect. “…you’ll find everything you need to guarantee everyone at your table loves the story your group is telling and the world they are doing it in.” As I said though, this isn’t a simple system of random number tables and name generators. Instead, the creators have taken a pretty well-established idea from outside the world of tabletop gaming and reshaped it into something more suitable.

Some of you will no doubt have encountered what can often be a dreaded segment in any corporate or retail training engagement; the roleplaying scenario. Despite being an avid role-player for as long as a I care to remember (or admit), I’ve always found these business roleplaying sessions a bit stilted or forced. There have however been times where interesting ideas or nuggets of inspiration have been revealed which I may have inadvertently carried over into my games. What the team do here is take the concept of sticky notes and markers, discussion and voting, and package it up in a way that gives everyone the opportunity to shape the game that they want to play.

I don’t want to go into the minutiae of how this system works, but will instead give a broad overview of the steps and intent. Effectively there are three key phases – taking time as individuals to jot down some ideas, coming together to collaborate, and then finally vote. By using this process, you can then work through any number of steps from the grand universal truths, big picture ideas, down to the key people, places, and institutions. Given how far reaching all of this, how does one, or group of ones, even begin. Thankfully, Arium: Create posits a bit of guidance here.

As with a lot of games and supplementary products, there’s a section on safety tools and inclusivity. Rather than try to cover every aspect, I like that here we’re reminded that simply being kind to your fellow players means anything will probably work itself out. For everything else there’s further help and links. Building on this is the concept of Lacunae. These are what you don’t want to exist in your world. For some, they could be concepts that they don’t want to have in their game like specific forms of violence or it could be references to specific ‘things’ like unicorns or pocket monsters. It’s here that I start to feel a little hypocritical. As a storyteller/game-master/what-ever, I like having the ability to shape the worlds in which my games take place. I’m not saying I’m draconian, but I realise I have pre-set ideas and enjoy working within that framework. On the rare occasion that I get to be a ‘player’, I can also get frustrated at others’ interpretation of a world. So where at first some of these concepts raised an eyebrow, I can see how the overall process might be very useful. 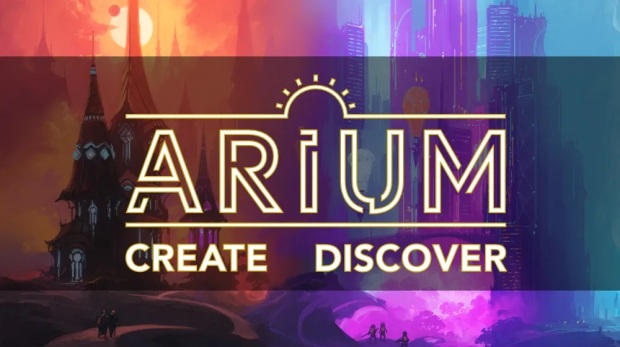 There is plenty in the way of worked example here and it’s not simply a case of “chuck any old idea in and see what sticks”. Ultimately you’ll need a group that buys into the process and truly wants a new setting, or to make modifications to an existing one, that everyone will enjoy. To this end, as well as the voting process, there is also the concept of creation tokens. This is not to create animosity but instead the, “yes, and…” aspect. Someone is desperate for an idea and you aren’t as keen. Rather than dismiss out of hand, what about generally agreeing but adding a caveat or limitation? What about making some modifications so that you are both happy?

Arium: Create strikes me as a very good tool for a group that is looking to do something new where there isn’t a clear common point of reference. It feels very much in keeping with that newer line of game system where collaborative storytelling is at the heart of where the enjoyment is to be found. As with all products, there will be some who will find little use for this or dismiss it out of hand. I’d say that even if I were to run a game in an established setting there are elements here that could be used in a session zero to establish some base lines and really explore what my group of players ‘want’ from a game. Indeed, I even think that some groups may find enjoyment from simply taking a session to use Arium: Create for nothing other than to let their imagination take hold. A compact book which takes established ideas and repurposes them in an accessible way.

Arium: Create and Arium: Discover are both coming to Kickstarter in August 2020.  CLICK HERE for more information about what’s coming, and how to be notified when the campaign goes live.