When you are asked for Halloween horror themed RPG suggestions, Dungeons and Dragons is perhaps not the first that would spring to mind. Setting aside the classic Ravenloft modules and the updated Curse of Strahd though, there is a surprising amount of material which could at the very least provide inspiration. As part of our Spooktober Spotlight, here’s another suggestion for you all – Monsters of Feyland from Cawood Publishing (CLICK HERE). 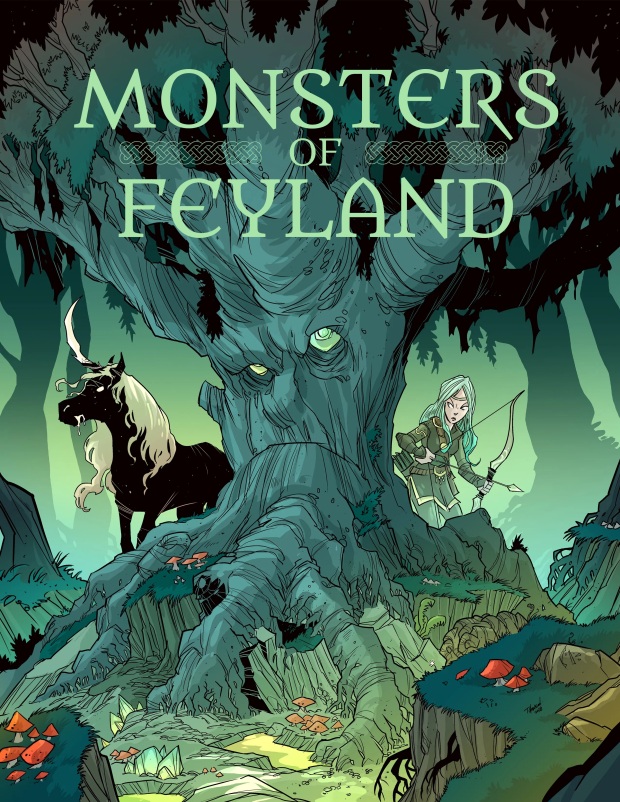 I cut my teeth on Advanced Dungeons and Dragons 2nd Edition (ADnD2e) and it remains to this day the game I’ve probably played the most. As I’ve gotten older, my tastes and what I look for in roleplaying systems has changed a fair bit, but I still have a soft spot for it. The current edition hasn’t chimed with me personally, but I appreciate how popular it remains and as such there are oodles of independent publishers in the community. I’m also conscious of keeping an eye out for things to tempt my kids into roleplaying with. Monsters of Feyland ticks a lot of these boxes.

From the blurb, this wouldn’t normally be my kind of thing to pick up. One hundred new monsters for 5e could easily turn into one hundred stat blocks that I’ll skim through and never use. Not so here though. With gorgeous artwork throughout by Travis Hanson, this a treasure trove of ethereal and fae comic illustrations and possible plot hooks. We’ve got everything here from pesky gremlins through to looming storm dragons or the enigmatic rainbow dream dragons. On top of the creatures Monsters of Feyland provides some tidbits on the Feyland itself as well as the organisation of the Seelie and Unseelie Courts.

The writing from Andrew Cawood is clear and, in some places, quite whimsical meaning that this is also an engaging read for those without a vested interest in either an ongoing campaign or specifically looking for specific encounter types. Bear in mind though that we’re dealing with tales of often very dark creatures. Don’t let the warm and inviting illustrations fool you, for all the whimsy, there’s also bite. It’s all very much in keeping with the fae and wyld themes and I’m a big fan of the consistent art design approach and layout from Jeff Porter. 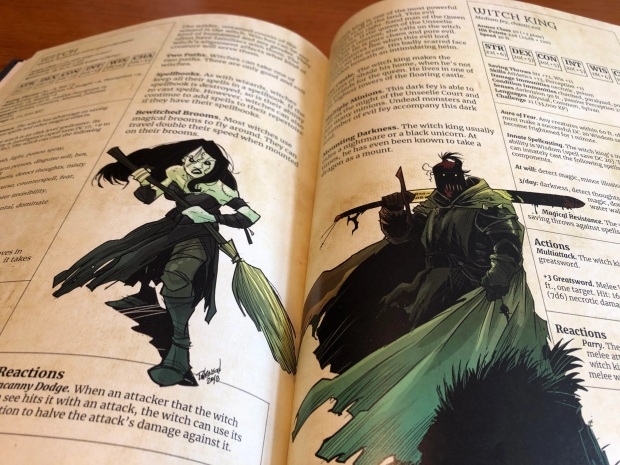 But I thought this was a Spooktober Spotlight?

Ok, so why would this be a consideration for Halloween themed games? If you have any desire or need for woodland and traditionally natural encounters, then this will be worth a look regardless. What stands out here as an interesting pick, is the inclusion of some very fitting creatures; of which I’ll single out two.

A staple of much rural horror, the headless horseman needs very little in the way of introduction. Dark destrier with flaming mane upon which is mounted a ghoulish rider; oh and don’t forget the flaming pumpkin! Although often closely associated with the tales of Sleepy Hollow, the concept of a headless rider has been galloping around since the middle ages. Coming in at a fairly low challenge rating, I can easily see how it would be straightforward to fashion an encounter bristling with seasonal flavour for a group of low-level players.

If you are after something a touch more challenging then perhaps the Tree of Dread will be more your thing. What would a Halloween story be without some fantastic settings and background mood? Sure, witches, vampires, and ghosties are important but where would the beast be without the fog and moor? Imagine then a weary set of adventurers setting camp for the evening. Perhaps they’ve strayed too far from the beaten path. This dark treant making their displeasure known during the night could then make a memorable haunting encounter.

As I say, I don’t play much DnD 5e so I can’t say how well the ‘monsters’ contained in this book are balanced ‘in system’. I picked this up on the strength of the illustrations to share with the kids and have returned to it multiple times as an easy browse for inspiration. No doubt, the other books in the series will provide much in the same and I hear there is another on way from @cawoodpublish 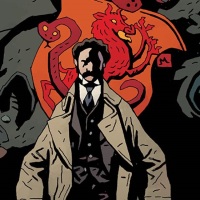 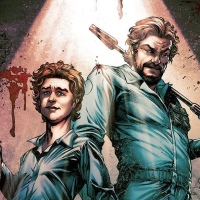