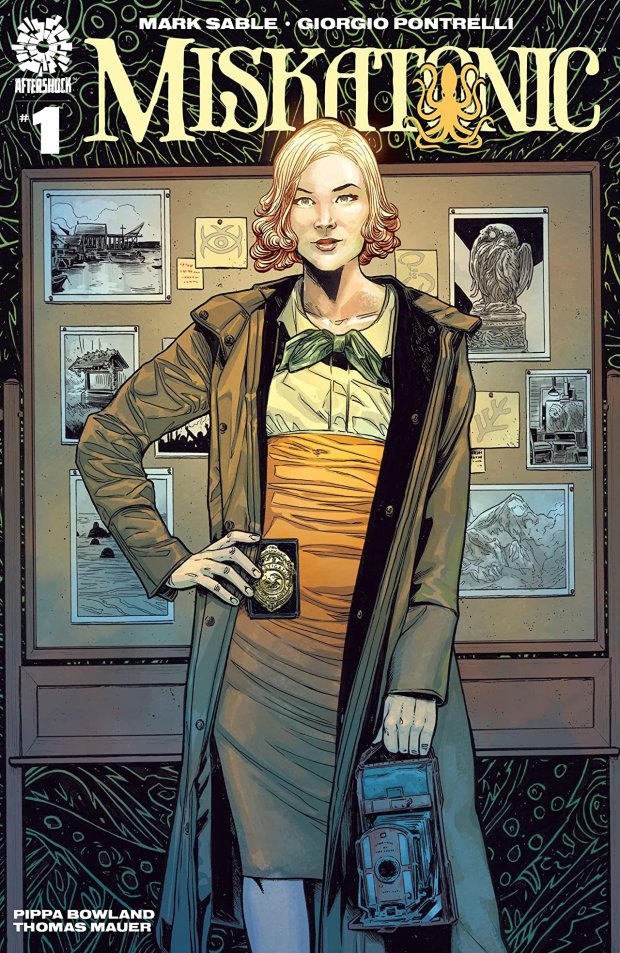 J. Edgar Hoover takes over as Director of the Bureau of Investigation. As part of his sweeping “reforms”, he attempts to reduce Agent Miranda Keller to the typing pool, only to discover that she is not a person to trifle with. Being unable to get rid of her, he seeks to kill two birds with one stone and despatches her to Innsmouth to investigate the murder of a prominent Miskatonic resident.

Miskatonic then is another take on the Lovecraftian world, and the third new title that directly references The Shadow Over Innsmouth that I’ve read this year. Mark Sable’s story gives us the foundations of a Lovecraftian thriller, introducing new characters alongside existing once such as Tom Malone, famed detective from The Horror At Red Hook.

Anyone who has read a Lovecraftian comic in the last ten years will find this to be a reasonably familiar story, without too many surprises. I do like the pairing of Tom Malone, who has already faced his trials and survived almost unscathed, with the very pragmatic and sceptical Miranda Keller. His sense of self preservation and “here we go again” reactions are nicely contrasted with Keller’s disbelief and surety that there is a logical explanation for everything. This doesn’t however mean that Miranda Keller should be in anyway diminished or perceived as a pseudo comic foil for Malone. Quite the opposite in fact, as she is a strong character in her own right and whose swift reactions Malone might find himself relying on as the story progresses.

Georgia Pontrelli and Pippa Bowland are on art duty for this series and by and large the artwork is good. It’s vaguely reminiscent of Jacen Burrows’ work on Providence with the single line thickness approach, but it’s a little less defined and shaky in places, which unfortunately took me out of the story during one of the more tense moments. I’m not going to claim to be a great aficionado of Pontrelli’s work, but what I have seen has been confident and consistent, and I’m certain that this confidence will be more apparent in the coming issues. I enjoyed Pippa Bowland’s work on Ash & Thorn, and she’s also producing some great work on this story.

Overall, this isn’t exactly a groundbreaking story. It’s a decent Lovecraftian thriller, but I’m not wowed. There’s just a feeling that we’ve seen it all before.  There’s a surfeit of Lovecraft out there in the comics world, and while good Lovecraftian is always welcome, it’s becoming more and more difficult to be outstanding in the genre. That being said, I did enjoy the story enough that I’ll be grabbing the next issue to see what happens next. 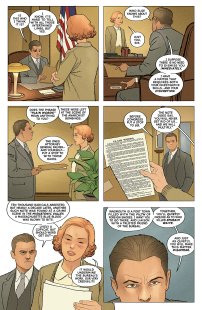