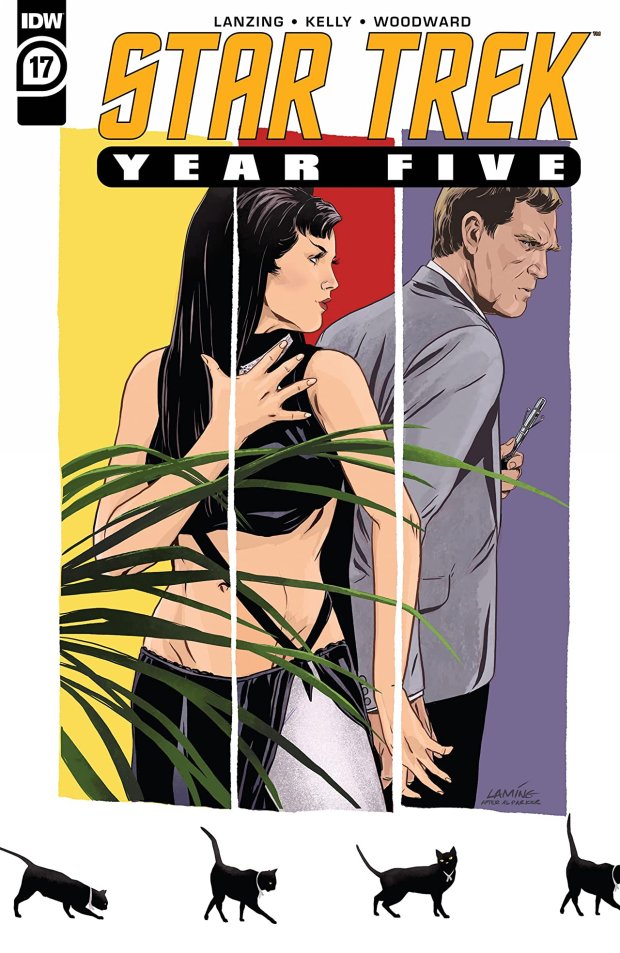 Promising “the super-secret origin of Gary Seven” in its solicitation blurb, Jackson Lanzing and Collin Kelly’s storyline for this “stand-alone spy thriller” probably pleased many of the comic’s readers during its opening half, thanks to the showrunners’ script filling in many of the background gaps left behind by the popular character’s sole appearance in the science fiction franchise’s 1968 televised episode Assignment: Earth. In fact, up until the time-travelling secret agent’s inexplicably bizarre agreement to destroy all life in the galaxy, issue seventeen of Star Trek: Year Five would arguably appear to be an essential purchase for any Trekkie fascinated as to how the eyes of Aegis turned upon Caleb Howell five days after the man’s thirty-fifth birthday.

For starters, this twenty-page periodical provides an intriguing insight into Supervisor 194’s blissful life before he left 408 Monroe Drive to take up his codename, and then subsequently depicts how he first met “your recruiter, your partner, and, if you’ll have me… your friend” Isis. The duo’s early missions are also particularly well-summarised, with Seven’s involvement in such notable historical events as the Sarajevo assassination, Genghis Khan’s Mongol invasion and First Contact with the Vulcans endowing this edition with some mouth-watering glimpses as to just how heavily Gary influenced the shaping of Mankind’s pathway to the stars.

Sadly however, this enthralling expose debatably rockets straight off of its rails following the Class One supervisor’s return from his aforementioned adventure with Captain James Kirk and the crew of the U.S.S. Enterprise. Clearly impressed with the Federation Officer, Seven is suddenly floored to find out that his ever-present feline comrade-in-arms has been manipulating him the entire time they’ve been working together in order to ready him for his real mission – the total destruction of the entire human race and everything else, apart from the Tholians.

This nonsensical narrative comes completely out of the blue, and raises so many questions as to just why the super-powered operative was tasked to protect the Earth in the first place. To make matters worse, having realised that his entire life has been one big lie, Gary instantly shrugs off these decades of deceit and whole-heartedly agrees to join Isis in her illogical plan to eradicate Kirk simply so the Klingons, Dominion and Borg never have a conflict with humanity.; “Eons of war… A death toll far greater than any that could be imagined. All because of those… tool-using apes.” 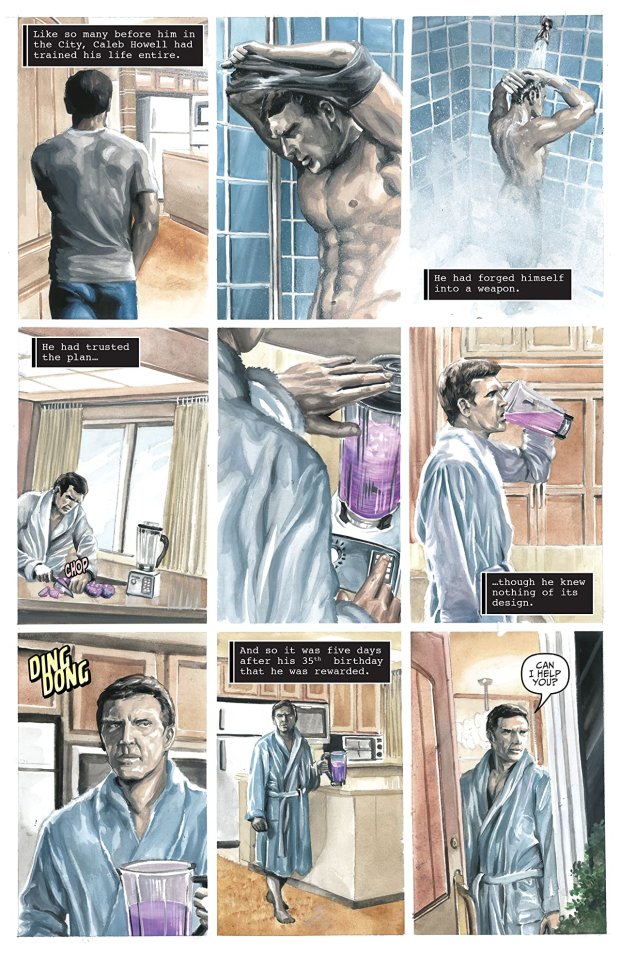