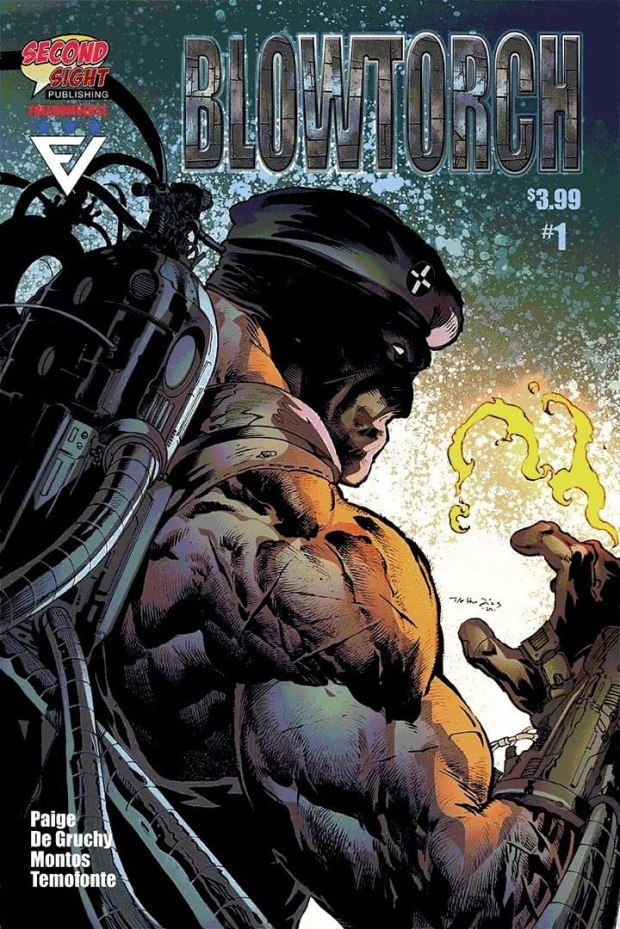 Absolutely crammed full of pulse-pounding action, and providing plenty of enthralling insights into the titular character’s violent background, this one-shot by Alfred Paige doesn’t stop entertaining its audience from the moment Richard Kinkaid picks up his mobile phone to hear the voice of the nurse that saved his life eight years previously, all the way through to the masked mercenary’s debrief with his boss Avery Davis a few days later. In fact, the twenty-eight page periodical’s plot, scripted by Alex De-Gruchy, could arguably be seen as being the perfect mix of mysterious intrigue, sense-shattering shenanigans and emotional drama; “However things ended between us. That doesn’t mean I don’t care. I always cared. I just… screwed it up.”

Foremost of this comic’s considerable strengths is the fact that Blowtorch’s deep-rooted connection to Suzanne is absolutely palpable from the moment he receives word that his former lover is in danger. Supposedly on guard-duty at C.H.E.S.S. Headquarters in Colorado, the lead protagonist drops everything in order to fly to the woman’s rescue at a “top-secret government program hidden away in Alaska.” However, rather than simply pen Kinkaid as some sort of one-man army, he is cleverly depicted as someone who cares so strongly for the military medical practitioner that “the human weapon” isn’t afraid to immediately accept the help of his team-mate, Footpath.

In addition, despite the soldier carrying enough weaponry to make even the Punisher blush with embarrassment, the storyline continues to suggest that at any moment Richard might actually fail in his mission and witness Suzanne being tragically killed before his very eyes. This intense atmosphere debatably permeates every black and panel beautifully pencilled by Montos, and leads to some spine-chilling sequences once it becomes clear just how badly the authority’s experimentation on dead American soldiers has gone awry.

Perhaps this publication’s biggest draw however, lies in its disconcertingly super-powered adversary S-26. The insane homicidal maniac really does generate a formidable sense of foreboding dread in every scene in which he appears. However, that probably doesn’t quite stop this comic’s readers from having some sense of sympathy for the mass-murderer when it becomes clear he has “retained a vague memory of having two children”, and resultantly can be viewed as simply being a desperate father who is understandably determined to see his youngsters once again now his corpse has been resurrected. 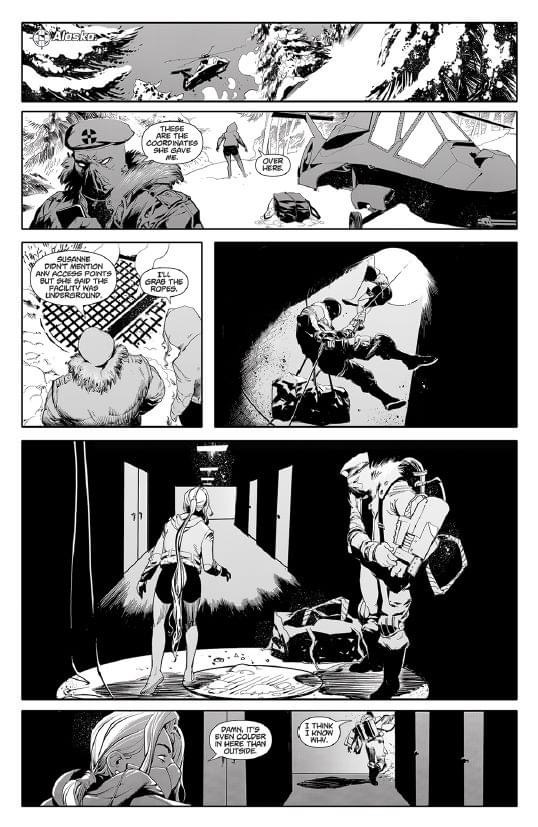 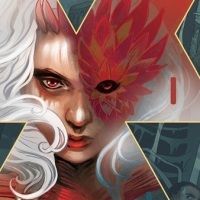 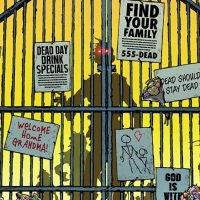