The Bad Batch have been probably the most anticipated characters since they were first teased in deleted Clone Wars episodes nine years ago.

Last year, fans got to see them in action for the first time in the Clone Wars season seven, and now they’ve finally been given their own Disney+ TV show. 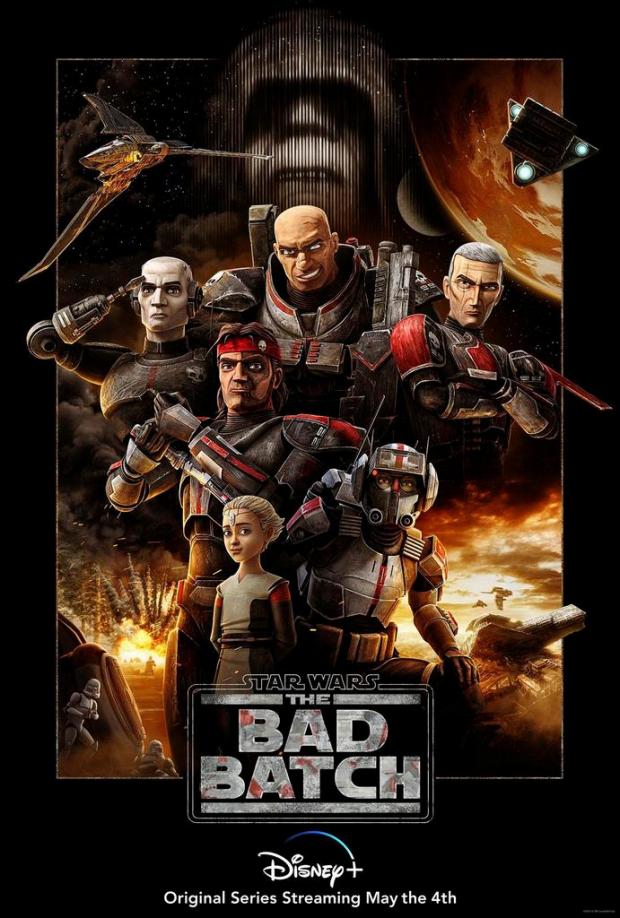 [NOTE: Spoilers for the Bad Batch episode one ahead]

RECAP: The episode starts in the midst of a battle, with the clones losing. Jedi master Depa Bilaba declares that her Padawan is bringing in re-enforcements, but her Padawan, Caleb Dune (Kannan from rebels), returns seemingly empty-handed. It turns out that the re-enforcements are only five clones, and the rest of the clones lose all hope at the sight of this.

Suddenly, The Bad Batch charge in and destroy the droid forces. The Jedi thank them and discuss how the war may nearly be over, but the Bad Batch are walking away, the clones suddenly turn and fire upon master Depa Bilaba, and Caleb runs. The Bad Batch are confused by what’s happening so Hunter and Crosshair chase after the young Jedi. Crosshair instinctively tries to shoot him, but it seems as if Crosshair’s inhibitor chip has been activated when the others’ haven’t. Hunter lets Caleb escape in secret. Crosshair doesn’t believe Hunter killed Caleb.

The opening is very enjoyable and is sure to get you hooked on both the episode and the series as a whole. One slight side note though, this effectively de-canonises at least the first issue of the ‘Kanan: The Last Padawan’ comic as it changes how Order 66 plays out for Caleb and his master.

The episode continues to feature the Bad Batch being tested in combat, meeting a young medic called Omega and being sent to wipe out a group of refugees, which they refuse to do; they get confided to the brig, which they escape; a member betrays the group, but the rest escape with Omega.

This episode is definitely enjoyable. It features a good amount of action comedy and character development for the Bad Batch. Omega is fun, but I’m worried she may get a bit annoying if the show isn’t careful.

There is definitely a real opportunity here to show what the galaxy was like during the transition from Republic to Empire, how things suffered under the reign of the Empire and how the Bad Batch themselves struggle to be trusted by the people around them. If you’re on the fence about this show, I’d definitely recommend you give it a shot.

The writer of this piece was: BrickBuiltDengar