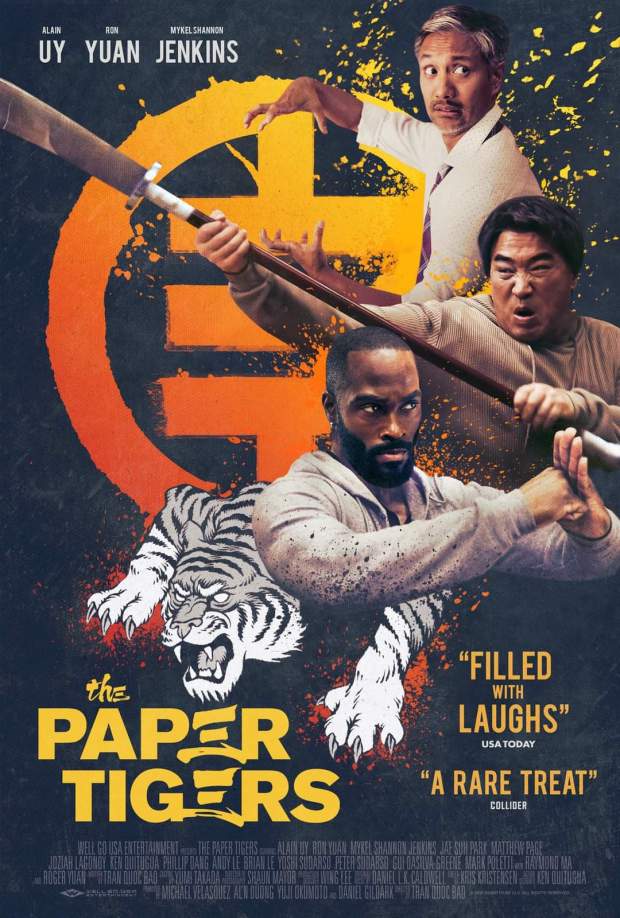 The sheer averageness of The Paper Tigers is frustrating from an audience standpoint, but it also adds a layer to its self-awareness. It’s a martial arts movie featuring flawed characters who are past their prime, so the choreography isn’t meant to wow audiences. Their struggles feel genuine, although the humor falls flat except for the onscreen characters. The Paper Tigers are at their strongest when they show real emotions, which they do occasionally, but not quite as often as this critic would have liked.

The Paper Tigers refers to a trio of Gung Fu disciples made up of Danny (played by Alain Uy), Hing (Ron Yuan) and Jim (Mykel Shannon Jenkins). After the death of their teacher Sifu Cheung (Roger Yuan), the estranged martial artists band together to bring Sifu Cheung’s killer to justice.

The fight choreography definitely isn’t the Raid: Redemption; however, the care taken to make it look painful and real definitely shows. The hits land with maximum impact and the actors sells the cuts, bruises, limps, and exhaustion. Hing mentions that Gung Fu hits land with a certain sharp sound, and the movie makes great use of sound when the three go to The Dungeon, a gym, and look for Sifu’s killer. The camerawork in that moment highlights an already great scene as it brings Danny into focus once they find their man. It’s also the moment the Paper Tigers realize they’re in over their heads.

The showdown on the rooftop is definitely entertaining, and the most exciting the movie ever gets. Danny previously mentioned that through meditation and controlled breathing he could essentially predict a fighter’s next move, leading to a simple, black backdrop and a form of bullet time help to demonstrate this sixth sense. We get glimpses of this ability throughout the movie but here’s where it counts, and it slows down enough for the viewer to fully appreciate it. 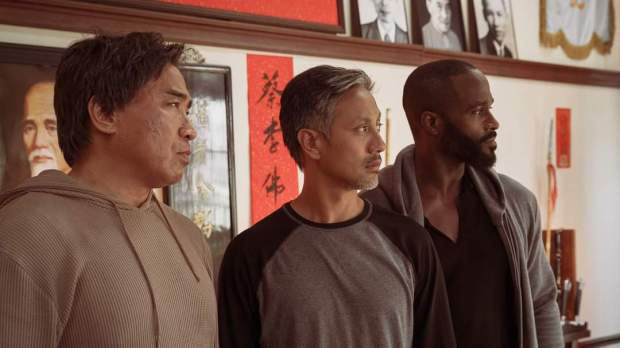 There are two scenes that shine in this film. The first is in a diner with Hing and Jim. Hing recounts his days with Sifu Cheung after Danny and Jim leave for Japan. In that time, Hing learns the art of healing. Faced with the decision to continue making good money as hotel security or doing the honorable and righteous thing and helping the less fortunate, Hing makes the selfish choice. He’s haunted by it and never mustered up the courage to say sorry to Sifu Cheung. The movie pauses on this emotional beat without any smart remarks. It’s real, and we feel it just as much as Hing.

The other sequence is when Danny calls to say goodnight to his son Ed (Joziah Lagonov). This is a real moment of growth for Danny. His marriage is falling apart, and he has given up fighting in the physical sense and for the things that mattered. His confession to his wife Caryn (Jae Suh Park) is simple but eloquent. The man owns his flaws in a raw and vulnerable moment. He also lectures his son on defending the weak and not being a bully. As corny as the call to arms is, it injects the movie with a much-needed dose of energy as it goes into the third act.

The Paper Tigers is a decent family movie with a little bit of action and a lot of corny dad joke-y-ness to it. While The Paper Tigers don’t have the strongest punches, when the hits land, you definitely feel it. 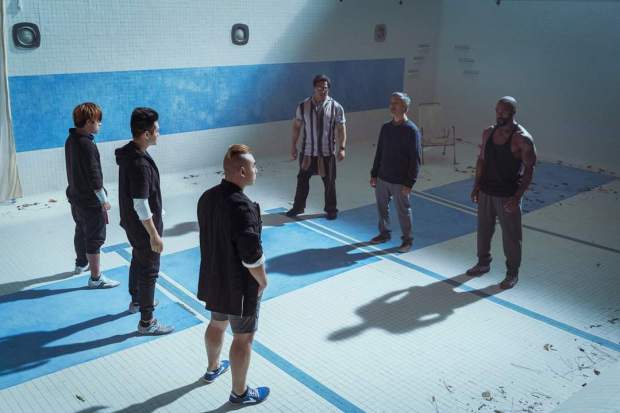 ADDITIONAL COMMENTS: The Big Comic Page was provided a preview copy of the film and the disc contains a behind the scene look at making The Paper Tigers, bloopers, and deleted scenes.

The person who suffers the most from the deleted scenes is Jenkin’s character Jim. The scenes are much more dramatic, which tonally makes a lot of sense to cut, but they really added a level of dimension to the character that isn’t in the final cut.

The Paper Tigers is available on Blu-ray and DVD June 22.