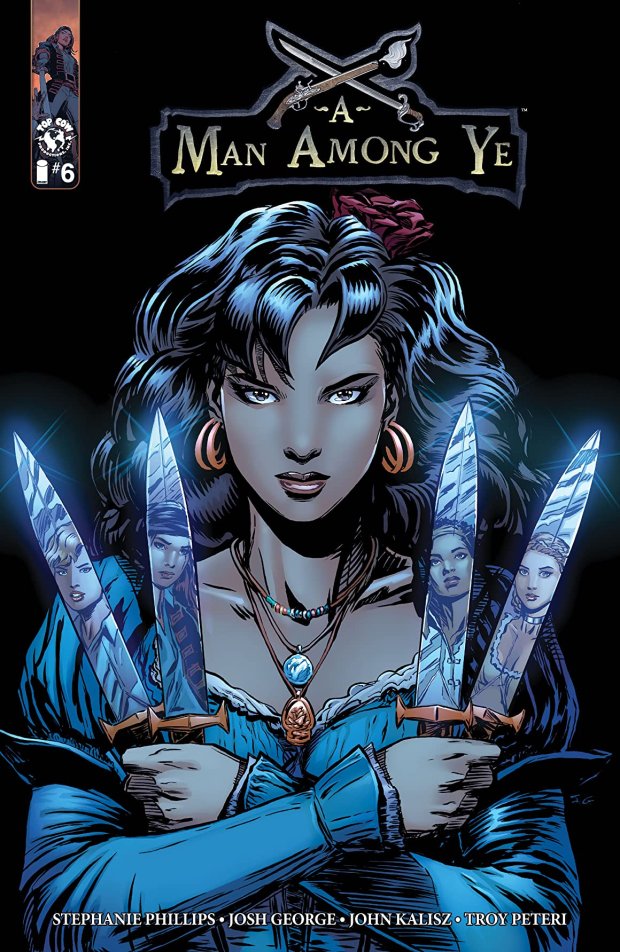 Considering that this particular issue’s narrative is largely restricted to the affairs of Anne Bonny whilst the hung-over Pirate Queen stands helplessly imprisoned inside a Caribbean gaol, Stephanie Phillips’ writing still manages to provide the audience with plenty of excitement. This excitement comes in the form of the murderous machinations of the mysterious Amira, as well aa a foul-looking, tooth-stealing vagabond who stalks this comic’s leading cast for the latter half of the book. Indeed, it’s truly impressive just how much tension Phillips and co. manage to generate from a storyline which predominantly has the likes of Mary, Iris and Jane Castor steadfastly held behind iron bars at the utter mercy of Governor Rogers’ loyal Redcoats.

Foremost of these agitating antagonists has to be the aforementioned Amira, who is soon depicted as being as deadly as she is voluptuous. It’s arguably clear straight from start, while she is flirting with a naïve prison guard, that the beautiful woman is up to no good. But even so, the poor man’s grisly poisoning still comes as something of a shock, especially when his terrible death is later made all the more brutally evident by Josh George prodigiously pencilling the still open-eyed deceased staring up at the ceiling in a pool of his own vomit and blood.

Similarly as successful is Phillip’s portrayal of another assassin presumably determined to collect the bounty upon Bonny’s flaming red head. Unlike the extremely talkative Amira, who seems truly blessed with the ‘gift of the gab’, this cold-hearted killer barely utters a syllable, and instead manages to project plenty of intimating menace simply by walking down the jail’s corridors whilst scrapping the end of his blade along one of its walls. Of course, the fact the scarred mercenary also takes the time to gleefully remove one of the dead guard’s teeth with his dagger additionally helps mark him out as one of this twenty-page periodical’s bad guys.

Enchantingly however, not everything within this publication is focussed on Anne’s somewhat suspicious rescue attempt, with the plot occasionally flittering upon the treacherous Jack Rackham and his own plans to lethally dispatch his former lover. These scenes showing the traitorous pirate being less than happy with his plight as Woodes obedient lapdog are rather satisfying, but also strongly suggest that Amira may well be motivated by more than her desire to recover the long-lost treasure of San Marcos as she claims; “And if we want to catch a woman, we have to do more than think like one. We need a woman’s touch.” 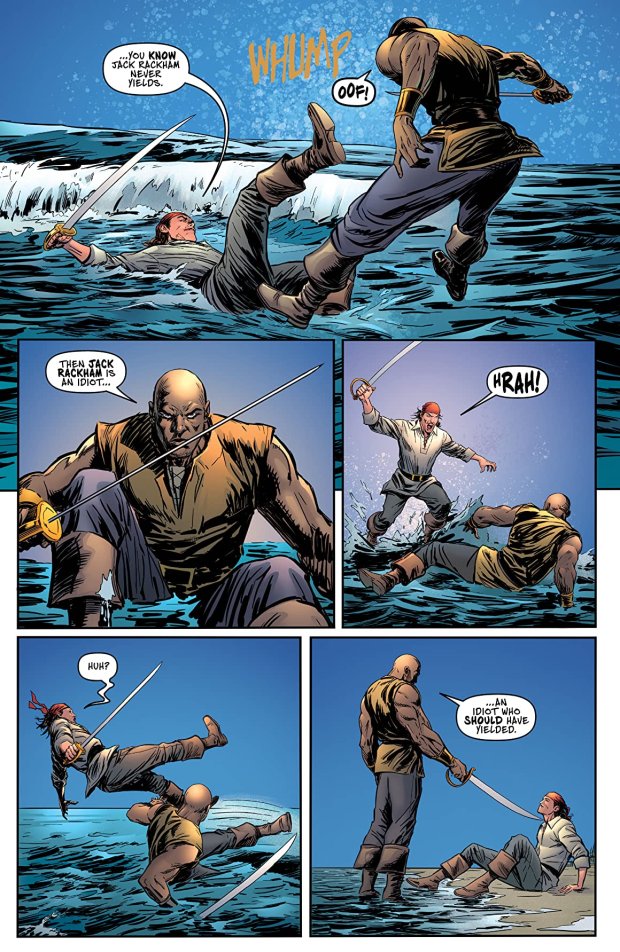