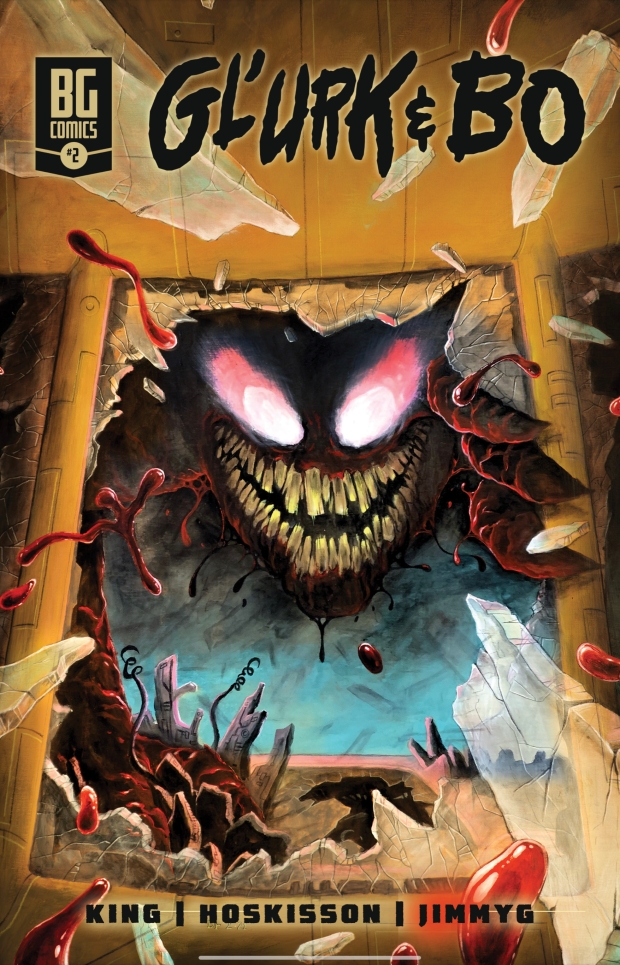 Arriving at Titan Station, Gl’urk & Bo are hoping that they can get answers to the system failures and the horrific nightmares that have plagued their trip thus far, but they soon find out that the nightmares aren’t just in their heads.

The creative team on this series have clearly gone down the “go big, or go home” route, as this issue escalates from a relatively claustrophobic sic-if horror to something between Dead Space and Event Horizon… and I love it! I really enjoyed the first issue of this series, but this second issue really opens up the story and gives us the opportunity to see the wider universe that Gl’urk & Bo inhabit; and it’s a darker place than you’d expect, even from what we saw in the first issue.

The arrival at Jupiter station is Hadley’s Hope, it’s the Event Horizon, the UAC Mars base, it’s the Sevastopol station in Alien Isolation, it’s The Sprawl from Dead Space 2. The station chief, Bob-bot, is so horrifying I actually thought he was one of the “monsters” before I realised he was meant to look the way he does. Suffice to say that the creature/character design throughout is really good. The speed with which things have gone sideways for our protagonists is well paced, as they careen from one close shave to the next, culminating in an explosive dash for freedom. And with the pace that this story is running at, it’s difficult at times to remember that this is only the second issue, and if things continue to escalate the way they are then we’re building towards a truly epic conclusion.

I also like the fact that there’s some humour in the story. This could easily become very dark, but it has some of the levity of James Cameron’s vision of Aliens mixed in with the horror that keeps things moving along nicely in the breathing spaces.

The introduction of a sinister “company” man to further dog the steps of our protagonists brings another dimension to the story, something akin to the eponymous Company plaguing the life of Ellen Ripley in the Alien franchise, and who knows, maybe there is someone out there crazy enough to want to weaponise the Shadows clinging to Gl’urk & Bo as they head for their original destination on Mars.

As is said above the character/creature design is great, but then the artwork throughout has been really good thus far, giving us all those great Carpenter/Cameron-esque moments. I even felt Bob-Bot’s tank was quite a lot like the Satan Tank in Carpenter’s Prince of Darkness, and he reminded me a lot of Dr Weir from Event Horizon. Once again, I really enjoyed seeing the advertising posters and pin-ups, and there’s some from both issues that I’d love to see produced as old fashioned posters.

This is a great series. If you aren’t already on board for the ride then you really should be, so keep your eyes pealed for the next instalment!

The first two issues of Gl’urk & Bo are available from BGComics.com 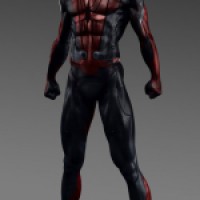