Well, it’s safe to say that the final issue of AfterShock’s Babyteeth definitely makes things interesting right from the opening page. In the wake of the shocking conclusion to issue nineteen which saw Donny Cates clear the decks of several key characters in truly dramatic fashion, there’s a certain burden of expectation here as we head into the finale.  Can the team stick the landing and deliver a truly satisfying ending to a series that has grown in scale and scope exponentially in its final arc?  Let’s find out, shall we?

Before we get to that though, a quick refresher for those of you who are completely new to the series.  Babyteeth tells the story of Sadie Ritter, a sixteen year old girl who ends up giving birth to the actual Antichrist. The story follows her and her fairly dysfunctional family (and newly acquired dysfunctional extended family) as they try to stay one step ahead of of the assassins, evil organisations and demon raccoons on their tail, all while hopefully trying to prevent the end of days.

The book’s momentum was derailed slightly by a forced hiatus between issues sixteen and seventeen of almost 20 months, caused by series writer Donny Cates’ rapidly spiraling workload.  Thankfully however, the last few issues since its return have been of a familiarly high quality, with Cates’ knack for splashy dialogue and dramatic storyline beats meshing beautifully with Scottish artist Garry Brown’s scratchy and striking artwork to deliver what has been called (and rightly so) one of the best books on the shelves.

Unfortunately, it’s difficult to delve too deeply into the events of this final chapter without spoiling its contents, and for those fans who have stuck with the series through its forced sabbatical, I wouldn’t want to ruin what has been a real rollercoaster of a journey.  Suffice to say that we have no less than two significant time jumps here, a final showdown with the devil, and a thoughtful and emotional conclusion.

Once again, Brown and colourist Mark Englert really get to cut loose here, particularly during the aforementioned showdown, with Englert in particularly clearly having an absolute blast with the vibrant hues of Clark’s dad’s new home. And while I’d perhaps question the need to have no less than three of the 26 pages of this issue being completely black (and three more being little more than white text on a black background), the pages that actually feature artwork are of the usual high standard that you’d come to expect from the series in general, and Brown in particular.

Ultimately then, it’s safe to say that Cates, Brown and co. stick the landing with style here, wrapping their hellacious teenage pregnancy story up in truly satisfying fashion and bringing the story of Sadie Ritter full circle. Hopefully the fourth and final collected trade will follow shortly (along with one of AfterShock’s suitably chunky omnibus editions, perhaps?) to give those readers who drifted away during the break a chance to experience the whole cracking narrative.  Fantastic stuff from all concerned. 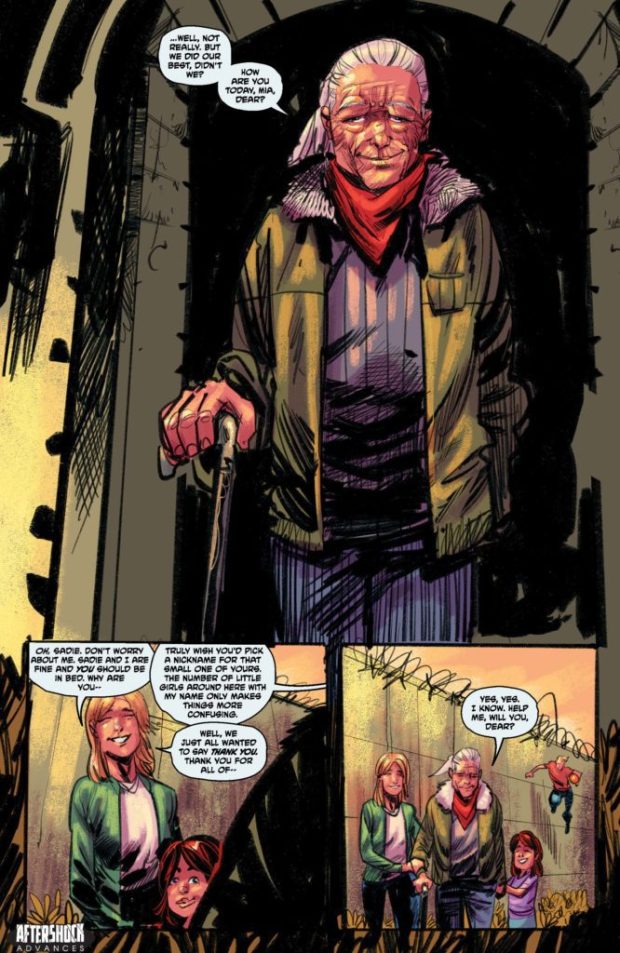 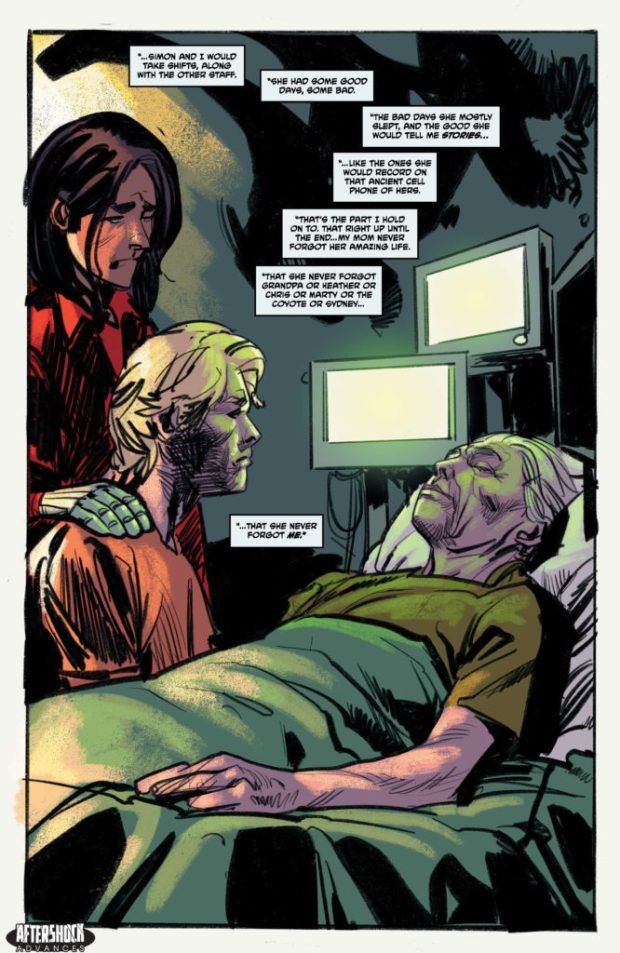