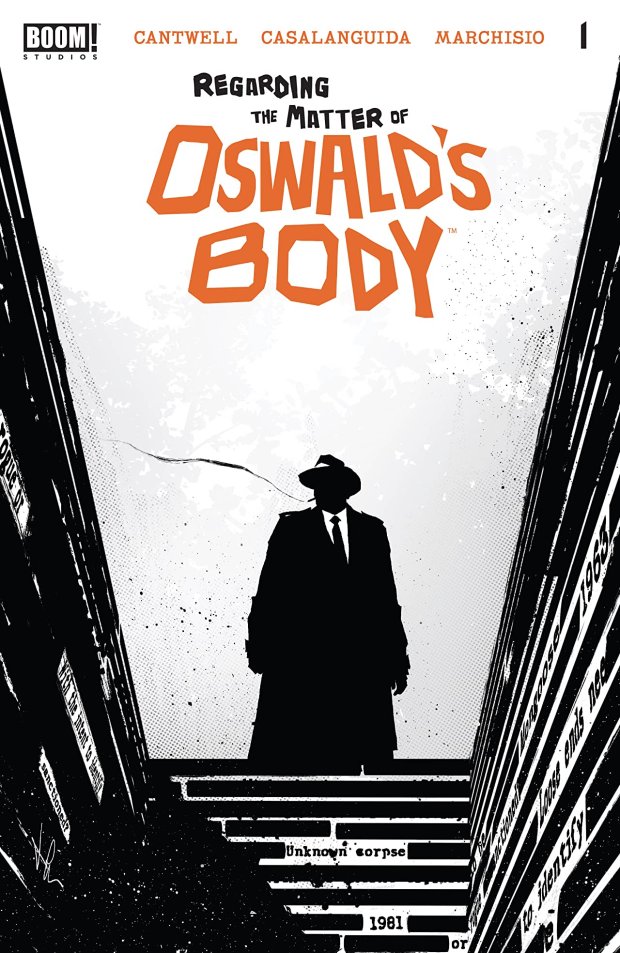 “Where is Lee Harvey Oswald’s body?”

So instead of having a read at the blurb when given this issue to review, I dove straight in. As such, and I’m using my Britishness as a partial excuse here, I didn’t click that this was in relation to the conspiracy surrounding a certain Mr Oswald; and the events leading to their exhumation. I’ll admit to having a penchant for cover-ups and many an ill-spent hour of my youth was nose deep in some conspiratorial trashy mag. So, it’s odd then that I didn’t put the two and two together here until it hit me smack in the face. But that aside, this new series doesn’t start with shadowy clandestine government types, at least not in smoky poorly lit backrooms anyway…

Regarding Oswald’s Body’s debut issue feels and reads more like the start of a heist movie. It’s the ‘getting the team together’ trope and honestly, I find these enjoyable. Plenty of well-paced scenes which introduce the characters in turn, revealing their back story and why they can be manipulated by the G-Man. It’s an eclectic mix and each has an interesting hook which will no doubt be leveraged during the arc. Instead of just ‘the driver’ or ‘the forger’, Cantwell, aided by the team’s visual characterisations gives us more nuanced human characters.

Speaking of the visuals, the art is fairly solid throughout. Opening with a cracking, if not slightly morbid, splash, I fully expected this to be a much darker comic. It’s a personal taste thing but I felt that the overall effect was a little soft around the edges and could have pushed the dingy bar scenes to contrast with those bright sunlit streets and rich estate more fully. Again, a minor gripe is that without the lettering giving us the date, I wouldn’t necessarily have followed the timings of the ’80s and ’60s here. Again, accepting my knowledge of Americana of the period being limited, I would have preferred to see more obvious nods. I have to hold my hands up though as this could be an intentional choice.

So what’s actually going on here then? Well as I say, its getting the gang together. Some suited figure is assembling a crew with promises of walking off into the sunset after delivering on one simple job. Unlike me, if you’re reading this, I’ll not insult your intelligence and let you join the dots here.

It’s not the comic I expected but it’s definitely one I enjoyed. There’s plenty of scope for this to go any number of ways and as long as the team continue to produce issues of this standard, I’ll be happy to read more. 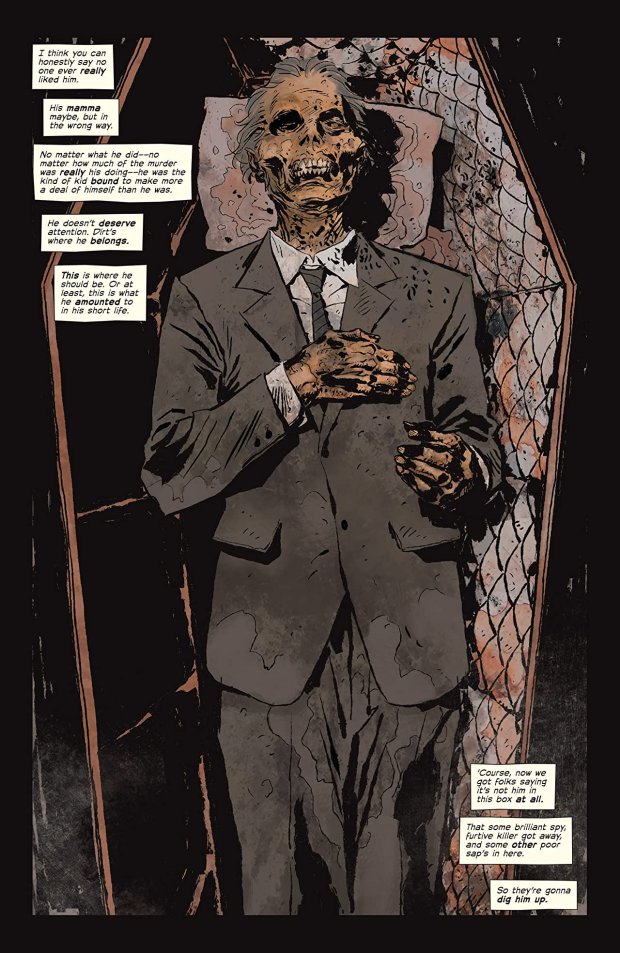 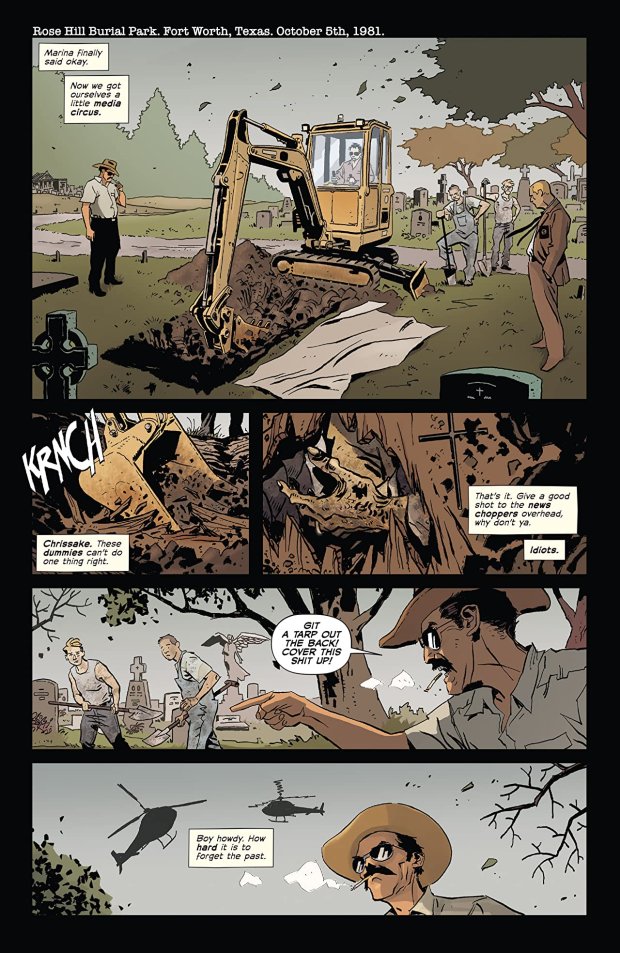