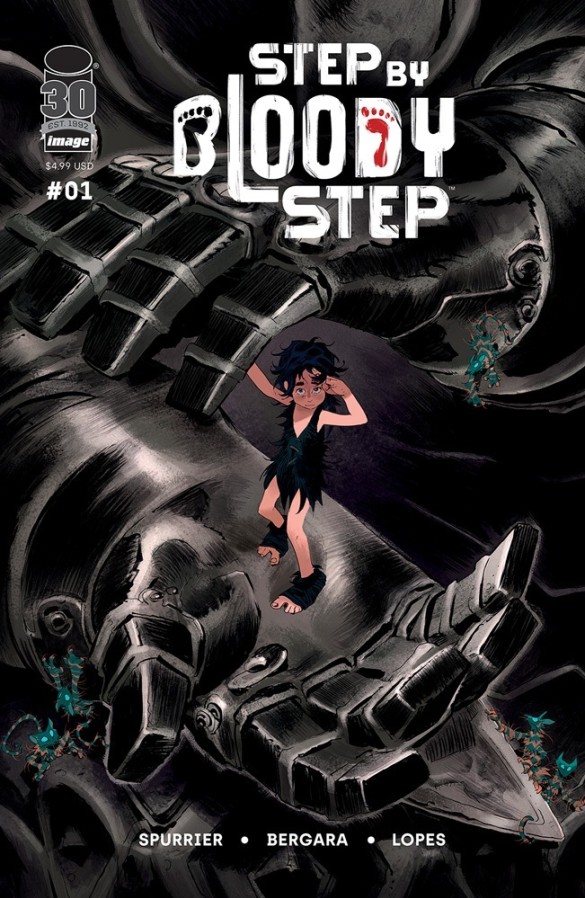 A young girl awakens in the hand of the giant metal warrior.  Together, the pair traverse a fantastical landscape filled with beautiful scenery and deadly monstrosities.  The warrior finds itself fighting every step of the way, while the girl experiences this strange world through wide, innocent eyes.  And all of this happens without a single line of dialogue or narration.

From a purely cynical perspective, Step by Bloody Step, the brand new offering from Si Spurrier and Mattias Bergara – the creative team behind the truly fantastic Coda over at BOOM! Studios – could be viewed by some as a bit of a gimmick. I mean, pretty much anything that deviates from the comic book status quo is likely to raise a few eyebrows in that respect, but believe me when I say that this new Image Comics release is about as far removed from gimmicky as is humanly possible.

The unbridled chemistry that Spurrier and Bergara displayed in Coda – a book that steamrolled its way into my ‘Best of the Year’ lists for both 2018 and 2019 – instantly resumes here as the pair, alongside talented colourist Matheus Lopes, draw the reader into this unfamiliar new world right from the very first page.  The sheer vulnerability of our unnamed protagonist instantly fosters an investment, and the rapid explosion into large-scale violence contrasts beautifully with the girl’s tentative steps into this immensely hostile environment.

As much as I loved the gloriously irreverent fantasy world of Coda (and believe me, I loved Coda), this may very well be the Eisner-nominated Bergara at his absolute best.  The creature design is absolutely on point, and the motion and impact of the effectively silent skirmishes is genuinely powerful. Perhaps it’s something to do with the lack of words on the page, but seeing Bergara’s delicate yet dynamic pencils and inks, bolstered by Lopes’ deeply evocative colours, taking the full focus on the page here is nothing short of stunning,

Far from merely serving as a violent showcase of visually pleasing ‘metal versus monster’ smackdowns however, there’s actually a deeply engrossing narrative at play here, and one which takes a wildly unexpected left turn midway through this first issue.  That Spurrier manages to make this key moment land as effectively as it does without a word being spoken is a real testament to his skill as a writer, although should come as no surprise to those who are familiar with his extensive back catalogue.

The final pages of this pleasingly oversized first issue add a new threat to the proceedings – a threat which instantly feels far more menacing and dangerous that the flurry of monstrosities that have been dispatched in the preceding forty-odd pages.  There was pretty much zero chance I wasn’t going to pick up the second issue already, but if there was, this new wrinkle would have made that decision an absolute no-brainer.

A stunning achievement of both ambition and execution, Step by Bloody Step is a near flawless offering from a creative team at the absolute top of their game.  Highest possible recommendation for this one, folks. 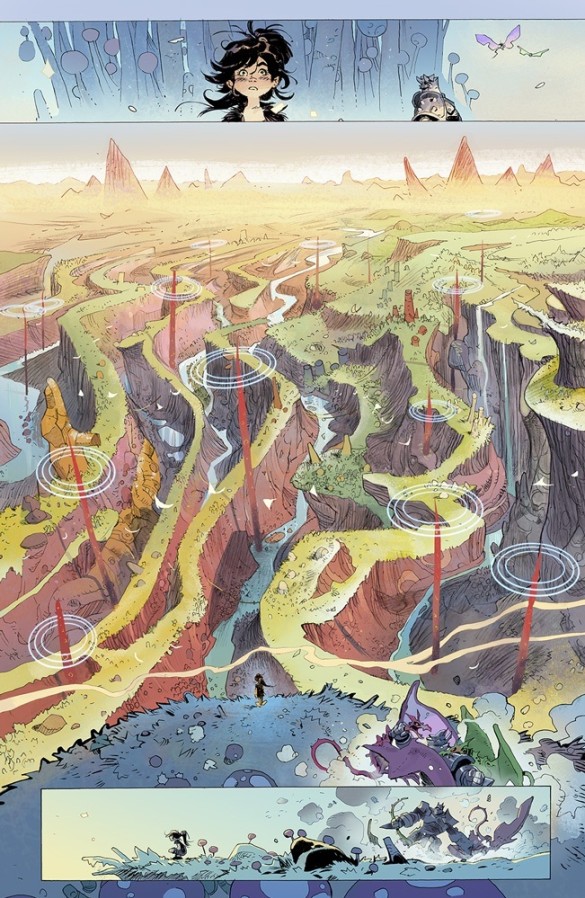 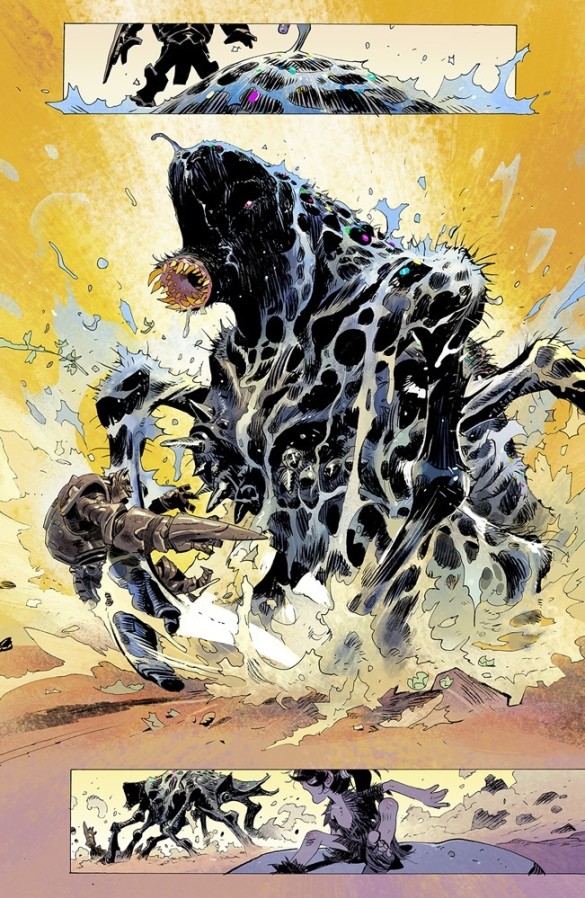