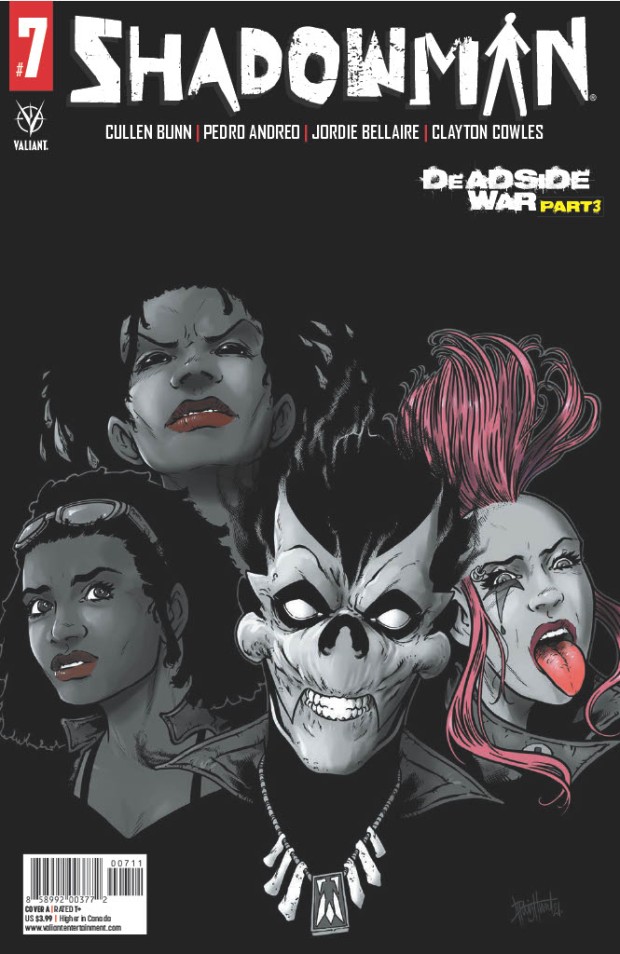 Considering the sheer scale of the invasion Cullen Bunn attempts to encapsulate within this twenty-page periodical’s storyline as literally hundreds of Blights tear through “the veil” to conquer the world of the living, the American author’s technique of having Shadowman narrate the events via a soliloquy certainly does its job. However, for those ‘Valianteers’ who enjoy a comic’s cast actually talking to one another whilst desperately fighting off numerous ghoulish horrors spilling out from several dimensional gateways, this publication-long inner monologue could potentially prove a little tiring to wade through after a while.

Happily however, the titular character’s disconcertingly defeatist, dialogue-heavy thoughts as to how wrong he was to believe he could “bring about a peaceful resolution” to the mass mêlée doesn’t interfere too much with the general spectacle of seeing some of Valiant’s greatest super-heroes going toe-to-toe with the horde of flesh-hungry skeletons. Indeed, alongside a brief cameo of Bloodshot grimly gunning down some multi-toothed monstrosity with a mass of bullets, one of the highlights of this book has to be Alyssa and the Arbettors almost getting the better of Deadside in her physical form with an entrapment spell.

Likewise, there’s plenty for fans of Punk Mambo to enjoy, courtesy of the British magic-user seemingly taking centre-stage during the sprawling conflict’s biggest moment. Armed with a mystical harpoon, Victoria Greaves-Trott dramatically demonstrates just what a kick-ass “Mohawk-sporting, voodoo priestess” she can be, even though her attempt to skewer the personification of Deadside ultimately proves unsuccessful and the feisty, pink-haired rebel is fought off by Master Darque; “Keep them at bay? Keep them busy? Wait for an opening? Pick yourself up? Stay on your feet? Brush the dust of creation off your shoulders? Move? Duck? Dodge? Keep yourself alive as long as you can?”

Ultimately though, this comic’s success largely sits upon the shoulders of Pedro Andreo, whose sublime pencilling makes the heroes’ pulse-pounding predicament a visual treat for the eyes. Absolutely crammed full of sense-shattering scuffles and dynamically-drawn disputes, the Spaniard’s panels make it super easy to imagine both the cacophony of sounds and the dour determination of the combatants, as it becomes clear to Jack Boniface’s friends that the living are fighting a losing battle… 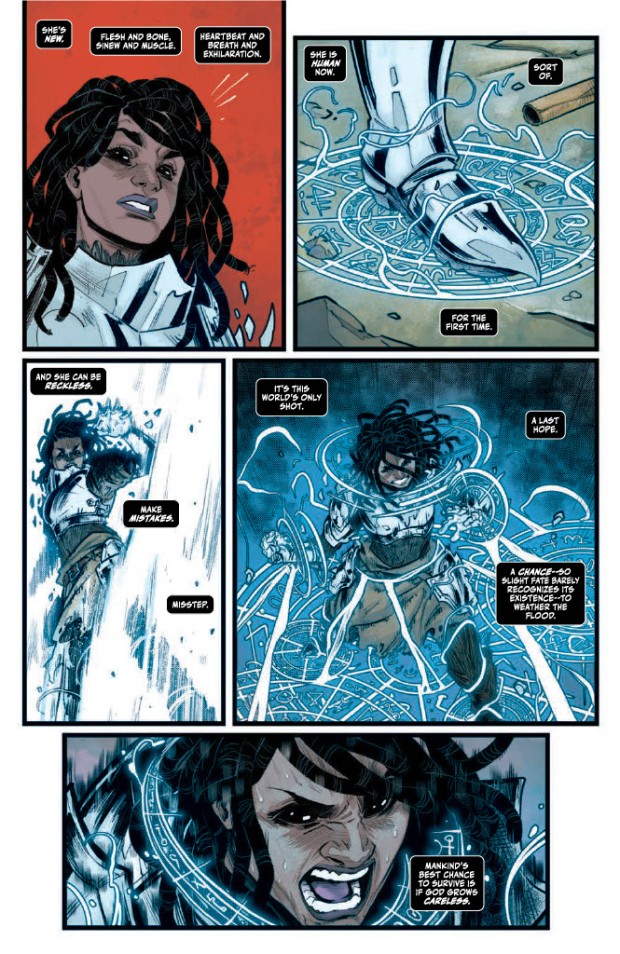 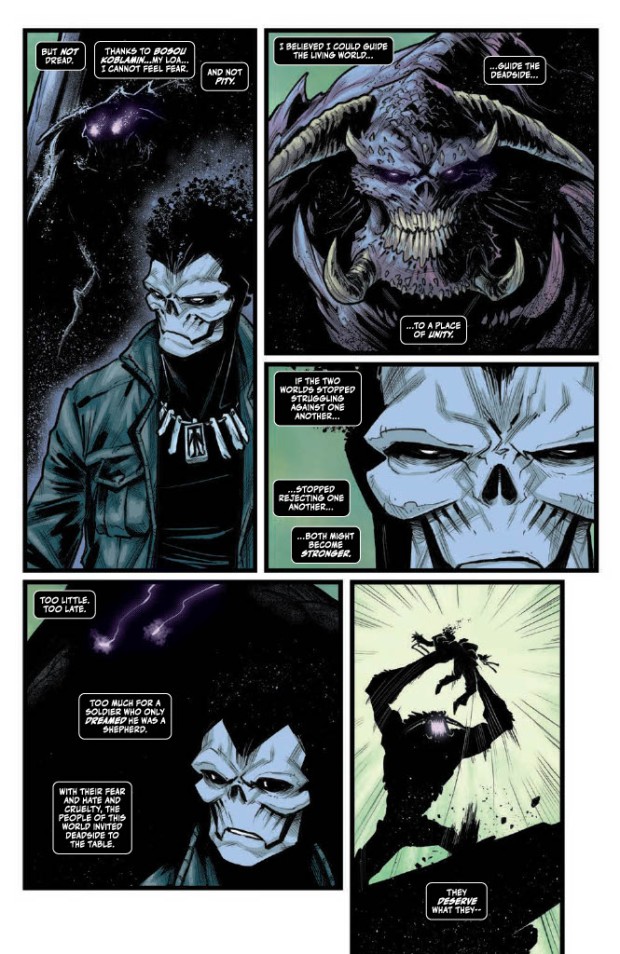