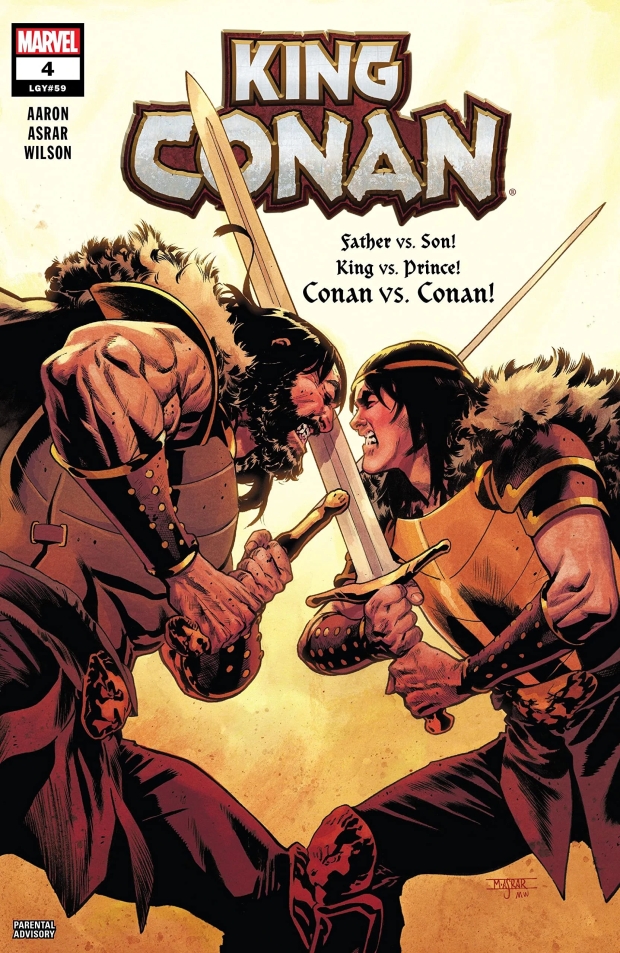 “There’s no part of me that hasn’t taken arrows, boy! All I am is scar and bone!”

As may be gleamed from the cover, the bulk of the latest issue of Marvel’s King Conan features a violent, emotional showdown between Conan and his son Conn.  The confrontation has been building as something of a backstory to the main meat of Jason Aaron and Mahmud Asrar’s island-based narrative to this point, but rightfully takes centre stage here as father and son finally come to blows.

I absolutely love the portrayal of Conan as the flawed father, and his aggressive desire to “protect” his son by exiling him to fight for his life in the far flung corners of the world makes for a truly gripping read.  It’s fascinating watching his misplaced attempt to harden his son by forcing him to endure the same horrors Conan himself endured growing up, all the while clearly conflicted about his actions and acutely concerned for young Conn’s welfare.

Asrar’s artwork is scintillating as always here, perfectly capturing every ounce of emotion and drama as father and son come to blows.  The sheer dynamism of these sequences cannot be understated, from Conan’s roaring anger to Conn’s steely resilience, resulting in a tense back and forth that builds to a blistering double-page-spread of a crescendo midway through the conflict.  Pure art, in every sense of the word.

Helping on the visual side of things are Matthew Wilson, whose colours add a deal depth and energy to the proceedings, taking us from the scarred oranges of the desert to the cold blues of the island cave, and Travis Lanham, whose stylish lettering helps every word land with a real impact.

Speaking of words, Aaron continues to deliver dialogue like this was the book he was put on this planet to write, and Conn’s rage-filled monologue in the latter stages of the issue managed to elicit genuine goosebumps in this particular reader. Powerful, emotional stuff, and the final splash page sees Aaron and Asrar come together perfectly to provide a profoundly moving image that will likely resonate with a great many fathers and sons out there.

I’ve been a massive fan of Aaron and Asrar’s run with this character since the very first issue of Conan the Barbarian back in January 2019, and seeing them reunited for this limited series has filled me with a real joy.  The island-based drama with Thoth-Amon and the malevolent Princess Prima has delivered a thrilling swords and sorcery read to this point, but the Conan versus Conan storyline has elevated this series to all-time great status.  Highest possible recommendation. 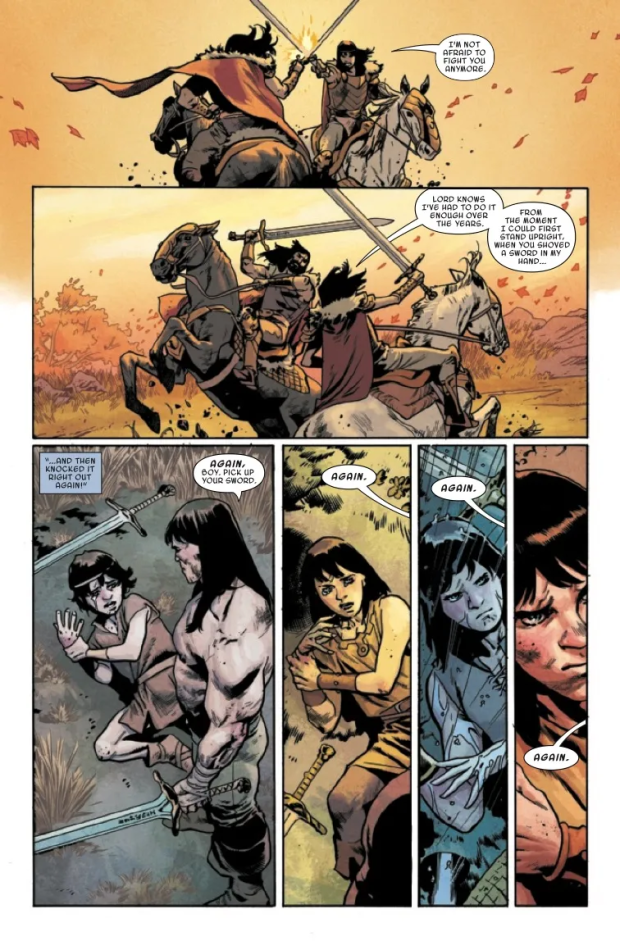