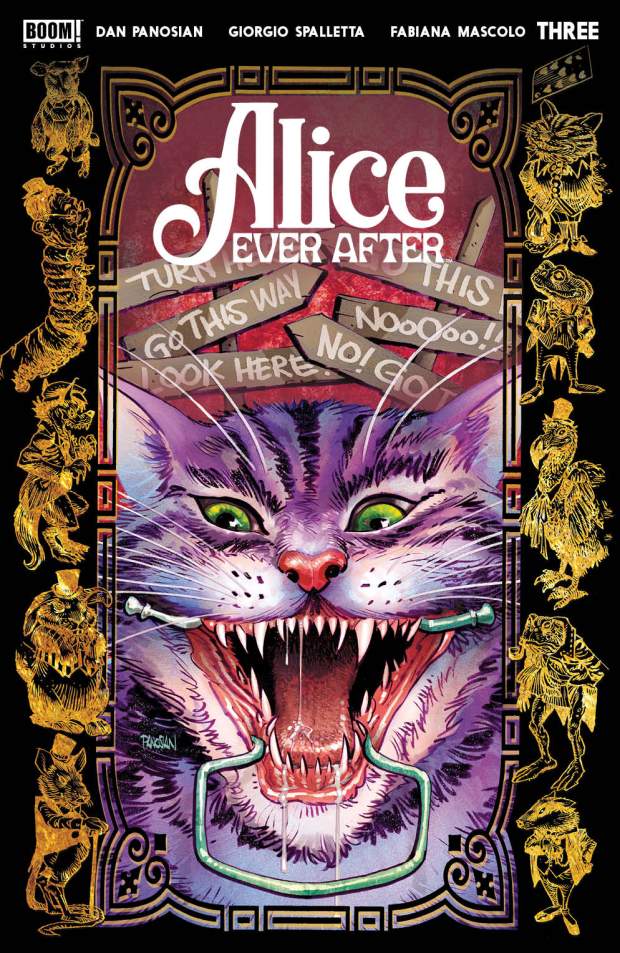 In the latest issue of this BOOM! Studios series, writer Dan Panosian finally draws back the curtain and allows us to experience firsthand the traumatic childhood memory that Alice has been forced to forget.  As expected, it does explain a lot, and sheds a decidedly sinister light on the young girl’s first trips to “Wonderland”.

In case my reviews of the previous two issues haven’t already made it clear, I’m absolutely loving both the tone and direction of this series. The Lewis Carroll classic has always been subject to a great deal of speculation and interpretation, and watching Panosian and artist Giorgio Spalletta carve out this dark, twisted reimagining has been thoroughly gripping from the very first issue.

The Alice we see here is a thoroughly endearing, if perhaps annoyingly naïve, protagonist.  We feel for her trauma, and her relentlessly optimistic outlook – even in the face of being cornered and drugged by the two menacing orderlies – only cements that level of investment. We want her to be protected from the horrors that surround her, and honestly, given the truly haunting final few pages of this issue, it’s difficult not to think that a return to the sweet deception of Wonderland might actually be the best thing for her at this point.

On the visual side of things, the clash of styles between Spalletta and Panosian continues to work incredibly well, with the former’s bleak, stark and slightly sterile approach contrasting beautifully with the rich, picturebook-esque style of the latter.  Colourist Fabian Mascolo works seamlessly with both artists to help emphasise the tone, from the washed-out greens and yellows of the hospital basement to the pale blues and purples of Alice’s interactions with the “Cheshire Cat.”

Definitely the strongest issue of the series so far, and one which pushes the narrative – as well as the level of peril that our unfortunate protagonist finds herself in – to a whole new level.  I can only hope that poor Alice finally gets some sort of reprieve from her seemingly endless torment, one way or another, during the upcoming finale.  Dark, gripping and packed with visual and narrative flair, this series comes highly recommended. 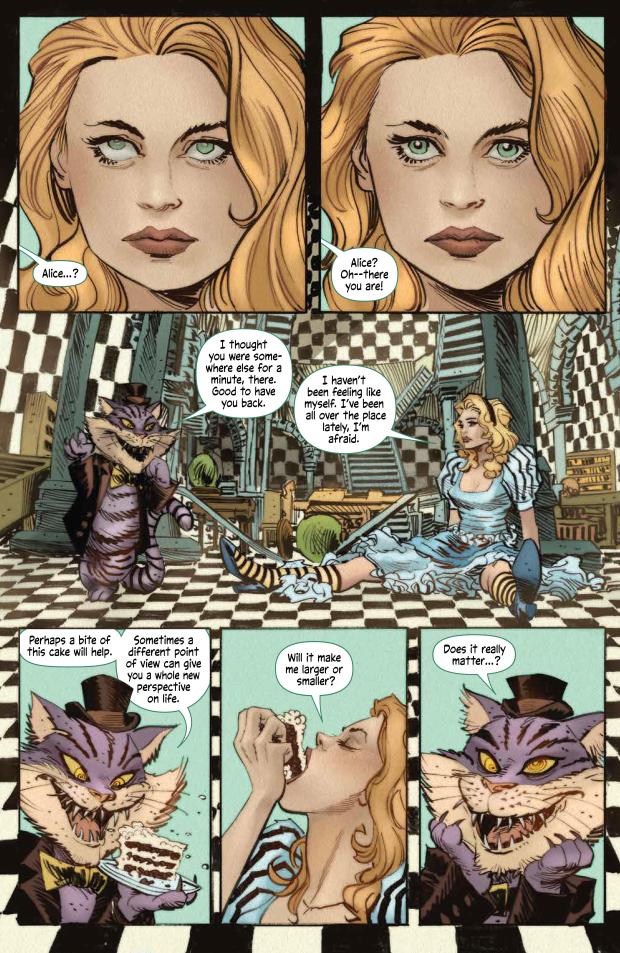