This October, writer Si Spurrier (Hellblazer, Coda) and artist Charlie Adlard (The Walking Dead) will be teaming up with colorist Sofie Dodgson and letterer Jim Campbell on DAMN THEM ALL, a brand new original horror series that promises to introduce readers to their favorite new occult antihero.

Meet Ellie “Bloody El” Hawthorne: occultist-for-hire. Following the death of Ellie’s uncle, an infamous magician and occult detective, the 72 devils of the Ars Goetia are mysteriously freed from their infernal realm.

Now it’s up to Ellie to track down each of these exiled demons and damn them right back to Hell by any means necessary… holy water, conjuration, or just her trusty, rusty claw hammer.

“DAMN THEM ALL is the right project at the right time. A series mixing crime and occultism, it’s the perfect fusion of Charlie’s peerless storytelling and my own ghastly preoccupations,” said Spurrier. “It’s hard boiled, it’s clever, it’s bleakly funny, but above all it’s angry to its core. Angry at the world, at the injustice, at the £$%#s who run the show, and ultimately at the creator responsible for this utterly imperfect creation. This is a book about demons, in which—spoilers—the demons aren’t the bad guys.” 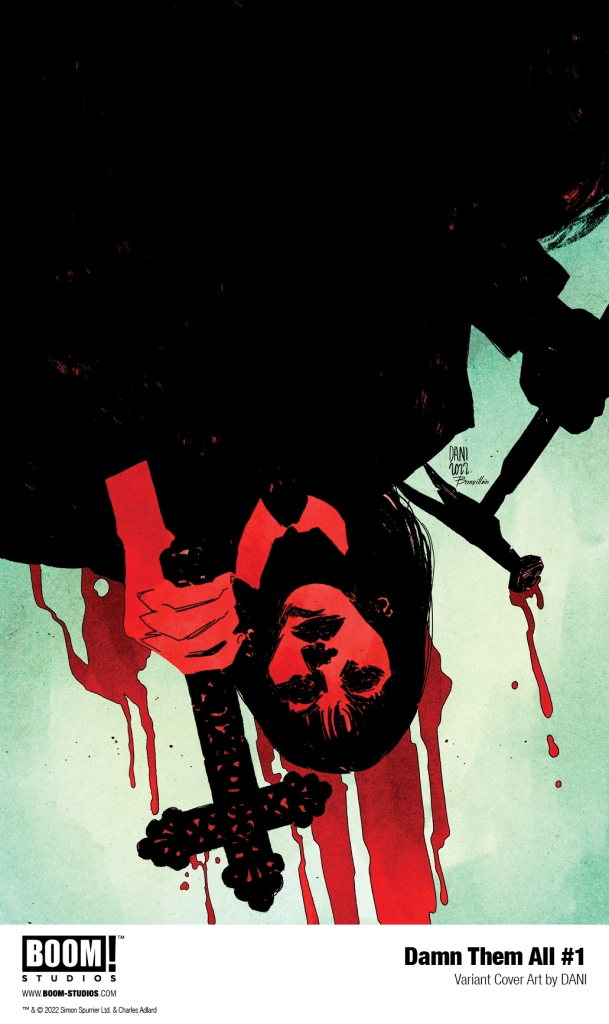 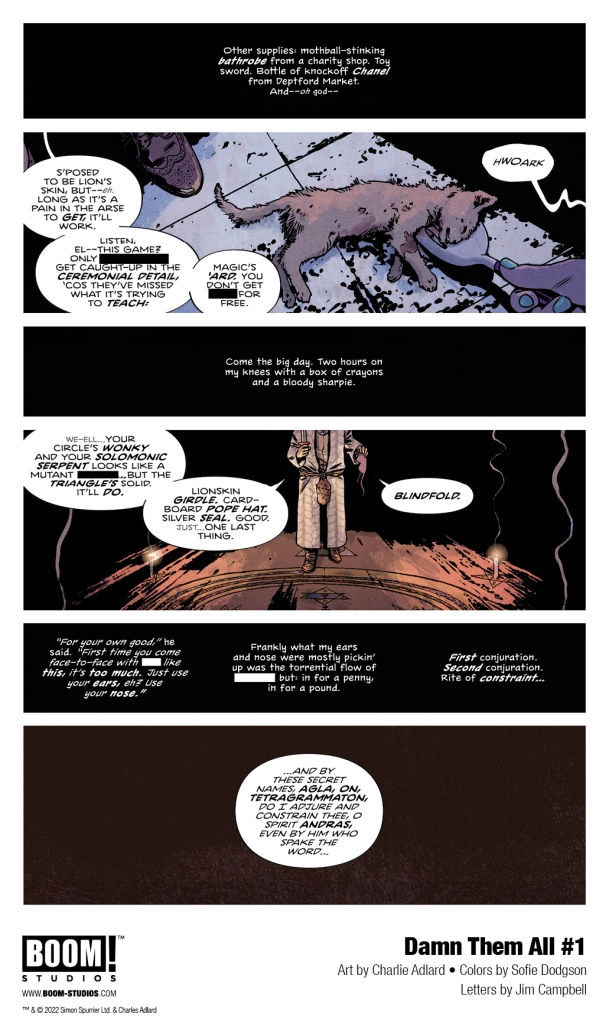