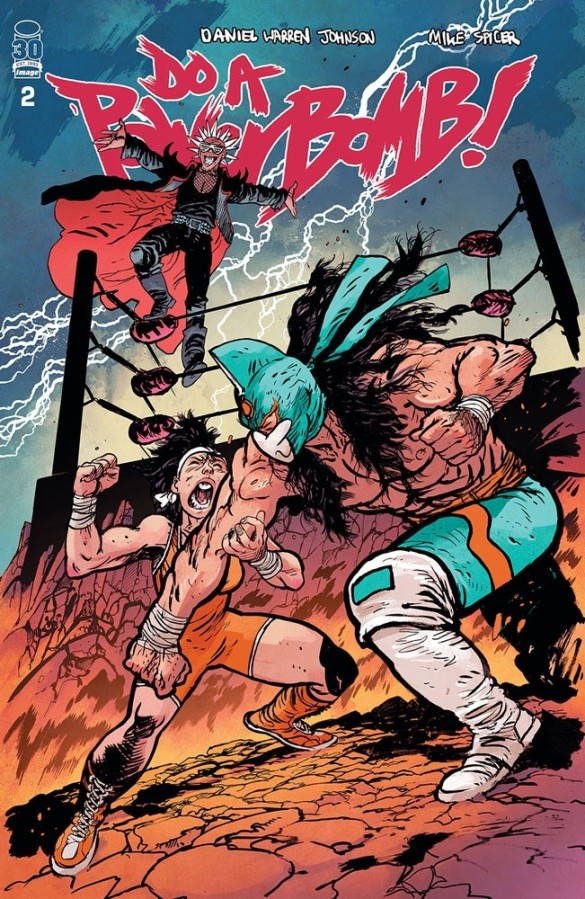 The first issue of Daniel Warren Johnson’s Do A Powerbomb! introduced us to Luna Steelrose, an aspiring young professional wrestler who is doing whatever she can to step out of the shadow of her legendary mother, Yua Steelrose, who tragically died in the ring when Luna was just a child.  Packed with drama, emotion and plenty of the classic DWJ visual flair, the first issue thoroughly impressed from start to finish, but it was the final pages which took the story in a completely unexpected direction, promising that this series was going to be a lot more than a straight-laced love letter to pro wrestling.

This second chapter sees DWJ ramping up the more supernatural aspects of his story by having young Luna invited to compete in a tag team tournament by a mysterious necromancer named Willard Necroton. The prize? Why, just the chance to bring one person of the winner’s choice back to life! Sure, it’s a bit of a wild concept, but in the hands of Johnson – the mastermind behind the gloriously over-the-top Murder Falcon – it flat-out works.

The wrestling sequences themselves are pure gold, with Johnson’s clear (and well-documented) love for grappling shining through in every bone-crunching panel. Everything is ramped up to the extreme, and every move and impact can practically be felt through the pages. Seriously, there’s a depiction of a chop here that would make Kobashi himself blush. This latest issue also features a bit of a dabble into the world of Deathmatch wrestling, with barbed wire chairs, forks and light tubes all being introduced to the bout in truly sickening fashion.

Colourist extraordinaire Mike Spicer really helps to round out the visual package, giving everything a wonderful solidity and dynamism, particularly during the aforementioned squared circle scenes.  It’s a truly gorgeous book, and as I mentioned in my review of the first issue, is likely to appeal to people who don’t already have a love of pro wrestling purely based on how damn good it looks.

The issue whips along at a brisk pace, with Lona trying to seek out a tag partner for herself ahead of the tournament, and ends with a jaw-dropper of a final page that I don’t think anyone will have seen coming. Another gripping issue then, and with the stage well and truly set for the series to come, I can’t wait to see what sort of teeth-clenching insanity awaits once the Tag Tournament itself begins.  Pure unadulterated enthusiasm and creativity crammed into lycra and unleashed onto the printed page for your viewing pleasure. 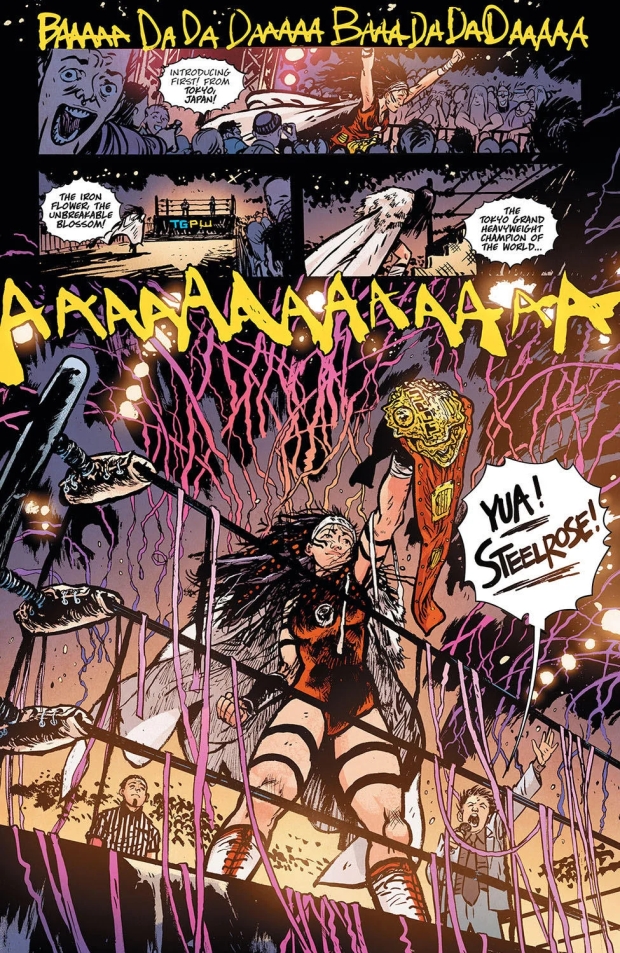 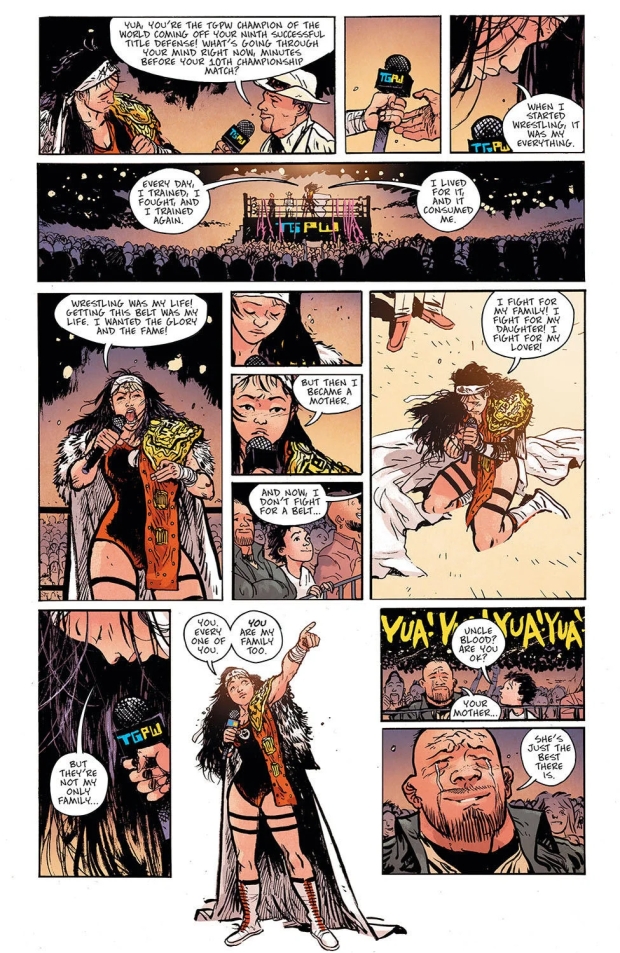 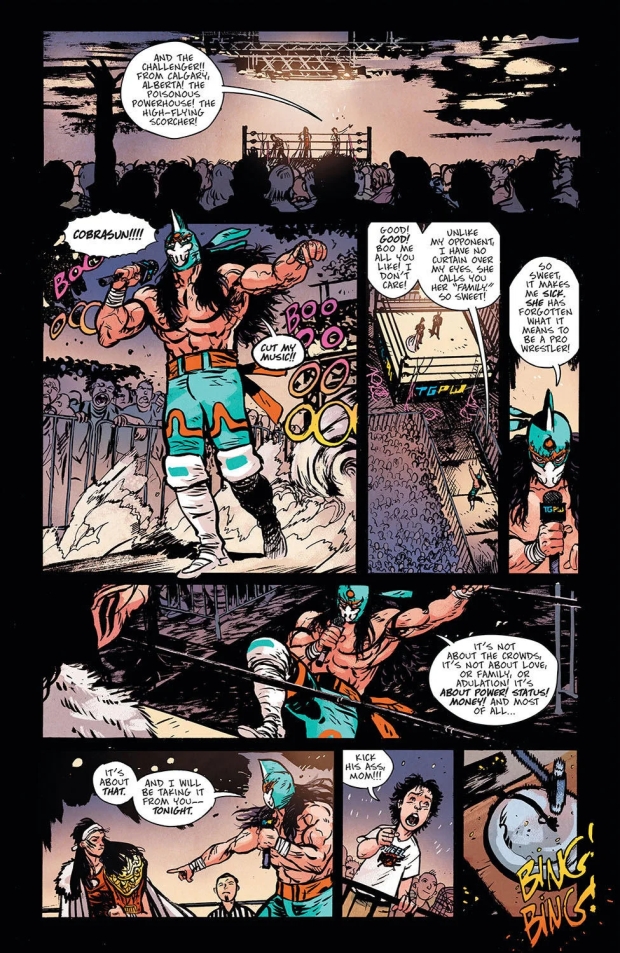 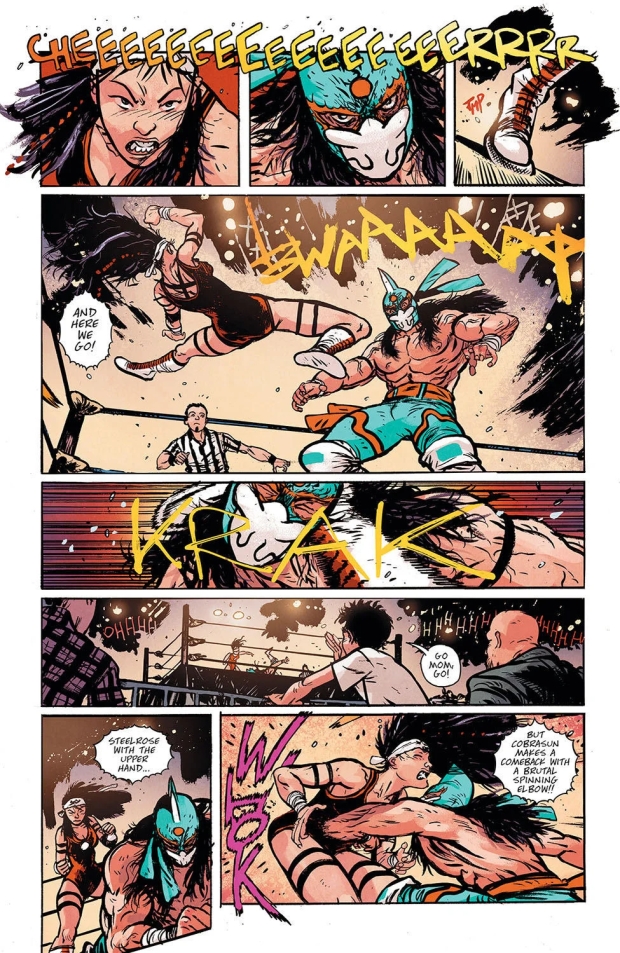 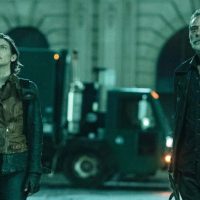 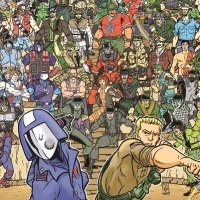 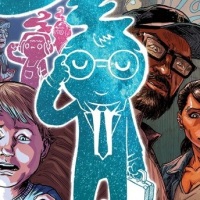