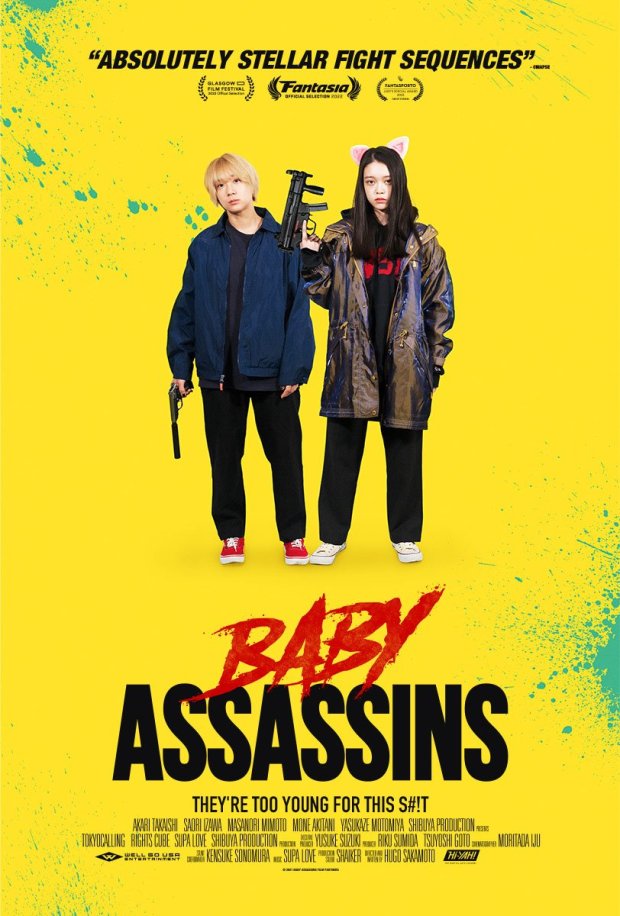 In the action/drama Baby Assassins, two highly trained assassins are forced to room together and get part-time jobs as part of their cover story. However, a shootout with one of the heads of the Yakuza ends up with targets on the two assassins’ backs.

The premise is interesting enough, but the execution fails to explore the concept to its fullest. Seeing as the two killers are constantly in close quarters, one would think that the two would annoy each other to the point that they might consider using their “particular set of skills” on one another.  Sadly not, however.

Despite the movie’s action-packed story, it surprisingly doesn’t actually have all that much in the way of action. The choreography is fine, although it’s brought down by the digital blood and editing/sped-up effects throughout. Also, it’s worth pointing out that the movie’s pacing is shocking slow.

“Baby Assassins” also has a bad habit of constantly resetting the action. The movie opens with an imaginative fight sequence that quickly gets walked back. Events continue in the present day only to revert to an extensive flashback. The movie continues with this back-and-forth pattern slowing down the story, stakes, and any kinetic energy it may have built to that point.

There is also an issue with the balance of dramatic elements and action set pieces. The two genres cancel each other out, which is similar to the chemistry between leads Akari Takaishi and Saori Izawa. Takashi’s Chisato has a little more personality than Izawa’s Mahiro, but Izawa is much more capable of handling the stunt work.

The trailer for “Baby Assassins” is like a music video. There is an energy, wit and snappiness to it that is completely and utterly lost when stretched into a full-length feature film. This movie has a lot of potential if remade, but as it stands down, is probably going to be a tough watch.