In the second issue of Titan’s latest foray into the world of FromSoftware’s Bloodborne, we follow the story of a disillusioned priest trying to tend to his desperate flock on the streets of Yharnam.  As you might expect, faith is a hard commodity to come by with The Hunt in full swing, and our leading man rapidly finds himself lured into troubling dreams by a familiar, haunting lullaby.

After a strong opening issue, Cullen Bunn and Piotr Kowalski deliver a similarly solid second chapter, giving us a look at life in a different part of Yarnham and a fresh, horrifying perspective on the Lady of the Lanterns.  There are several callbacks and easter eggs thrown in for fans of the game, but for the most part this story stands on its own, focusing sharply on the somewhat inevitable fate of our priest and his flock.

Visually, Kowalski delivers another typically impressive performance here, bringing the familiar horrors of the video game to the page with an understated flair.  There’s a real grit to Kowalski’s thin-lined inking style which really works well for this property, and colourist Brad Simpson works seamlessly alongside him to underscore the key storyline beats – such as the red flashes of madness which assault our aforementioned priest, and the fiery conclusion to the issue.

My only minor niggle is the fact that, unless I’m missing something obvious, there isn’t really much of a narrative link – other than the broad focus on the Lady of the Lanterns – to the previous issue, making this  series feel more like an anthology at this point than an actual series. The arrival of a pair of Hunters near the end left me feeling like I was missing something entirely, and while both issues so far have been enjoyable slices of horror in their own right, I’d love to feel more of an actual storyline at play here.

In terms of capturing the bleak, unsettling tone of the source material, Bunn and Kowalski do a stellar job.  And aside from a few minor niggles, this is still a series I’m fully planning on sticking with until its no doubt tragic and upsetting end. 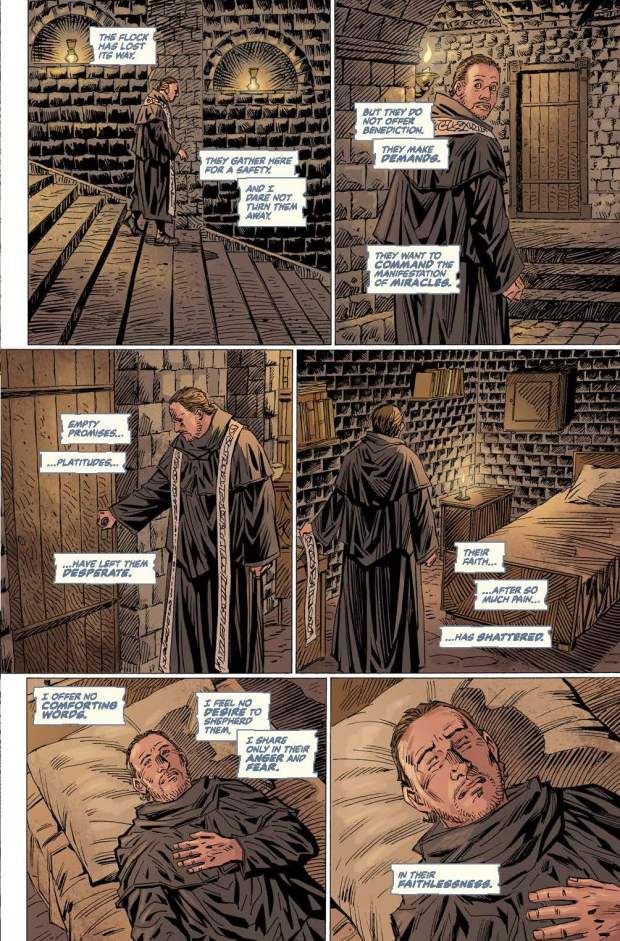