This time we’re looking at a couple of not-quite reskins: Z-Man Games’ new Pandemic-system outing, Star Wars – The Clone Wars, and Stupefy – the Harry Potter duelling game (which is based on Repos Production’s CA$H ‘n Gun$).

As always, big shout-out to Asmodee UK for providing us with the product to review! 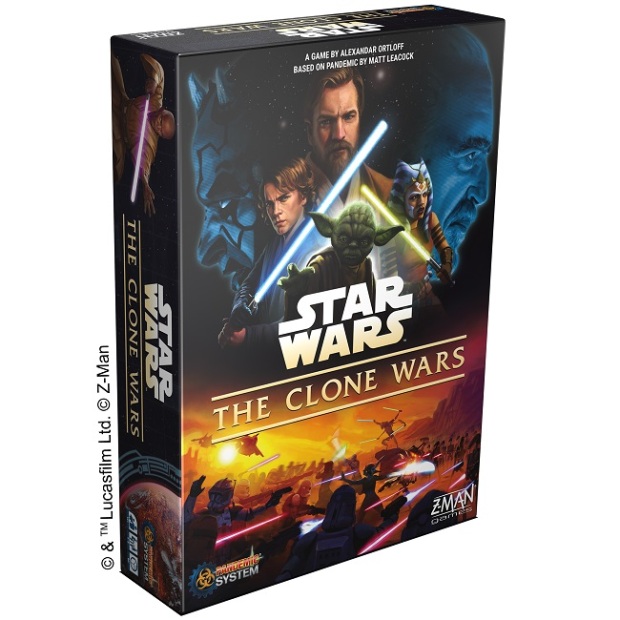 First and foremost, it’s important to say that this manages to be both a satisfying game for Star Wars fans AND Pandemic fans. It’s pretty close to the World of Warcraft version (you can read our review HERE), but playing as one of the Jedi, with droids spawning on planets, blockades to run and iconic villains from the show to take down, it feels like a very different beast.

Your missions are the key here: go to planets, clear out droids, but also complete a specific goal; these missions require to use Scout cards from your hand, which feels much like standard Pandemic EXCEPT your cards act as your Hit Points also, so there’s a balance to be struck which is really interesting.

The actions you can take each turn are very similar: Fly (move one system), Attack (roll a die – and you can be lent support from other players), Reinforce (draw a card), or Attempt Mission. Once you’ve dealt with all the missions, the Villain flips over and begins a Finale battle, which feels suitably epic and adds a real cinematic feel to the game. It should be mentioned that Villains all behave very differently, so each time you play the game it feels like a radically different experience – for example, Asajj’s impatience means she tends to come to you, making it relatively easy to tackle her – which helps capture the feel of playing “seasons” of the show. 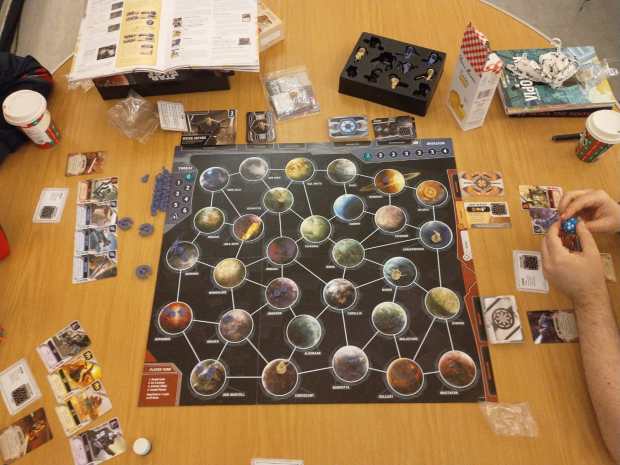 After a Hero acts, the Villain reveals a card (each Villain has a different deck) and then droids invade worlds like spreading Contagion – although there’s no Outbreaks, Threat level increases quickly and as soon as it reaches the end of the track (advancing two spaces if ever a resource, such as droids, runs out), the players lose. It feels at once less hopeless than regular Pandemic can (my persistent problem with the classic) and more desperate – you’re less at the whim of a random outbreak, more racing against time as the threat track creeps up.

I will say that the villain decks are relatively small, so at higher player counts (4/5) you’re cycling through the decks very quickly, limiting the surprise factor. Playing against Grevious, one of the tougher villains, is genuinely nightmarish; sometimes, co-op games can feel a bit too easy to win, but this certainly not the case here: Order 66 was most definitely carried out, and the General got a new set of toys. 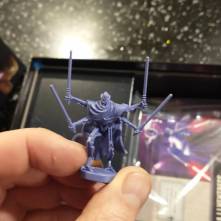 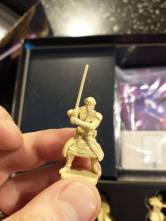 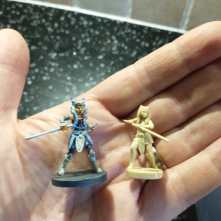 The physical product is really rather lovely. The board is good, heavy cardstock – maybe a wee bit generic when compared to the like of Rebellion or Outer Rim, but still fine – and the cards are of similarly good quality. Where it shines, though, are the miniatures. The face sculpts are fantastic, despite being 25mm, with the proportions spot on – definitely better than Imperial Assault (28mm) and at least as good quality as Legion (32mm). No bent lightsabers, dynamic sculpts, minimal flash – a really first-rate product. My only issue is that the droids (roger-roger) are closer to 18mm – it’s so you can have hordes of them in a space on the board, which is great, but it still feels a bit off to my eye. Even then, you do get a variety of poses, so it feels like a high-end product.

This is a great game that ticks so many boxes it’s remarkable. I can understand that some may still find it a bit too Pandemic-y, but it’s more than just a reskin: it’s a properly new game built on solid, pre-existing engine. An excellent product and a sure-fire hit, whether as a gift or for yourself. 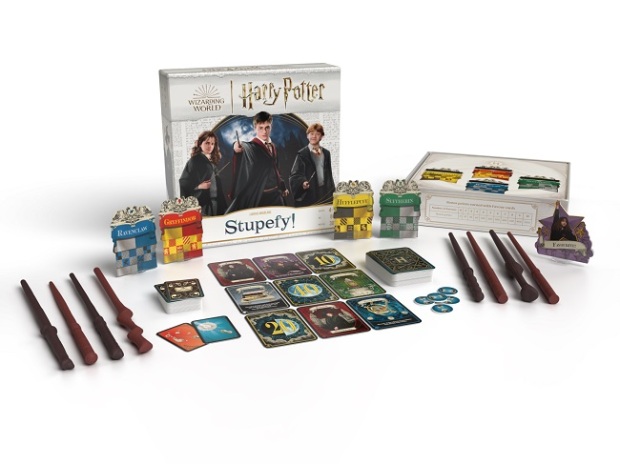 Now if you’re looking for a game for the whole family, gamers or not, and you don’t want to take things too seriously (or just really like shouting and pointing wands at people), this quick-fire game of duelling and bluffing is ridiculous (or is that Riddikulus?), raucous fun.

This Potter party game, for 4 to 8 players, has you casting a spells over the course of 8 rounds to win points for the house cup. You have a hand of cards, a mix of Stupefy! and Misspells (young wizards haven’t quite mastered the art of Duelling, you see). You choose one, and everyone points their wands at the same time; you either play the card (Stupefying an opponent, or Misspelling) or may choose to put up your wand and protect yourself with Protego (which effectively puts you out). If you survived the turn, you draw from the rewards which include new lessons (so you are less likely to Misspell), potions, Favours, bonus House points and even a Time-Turner! At the end of the 8th round, the house with most points wins. 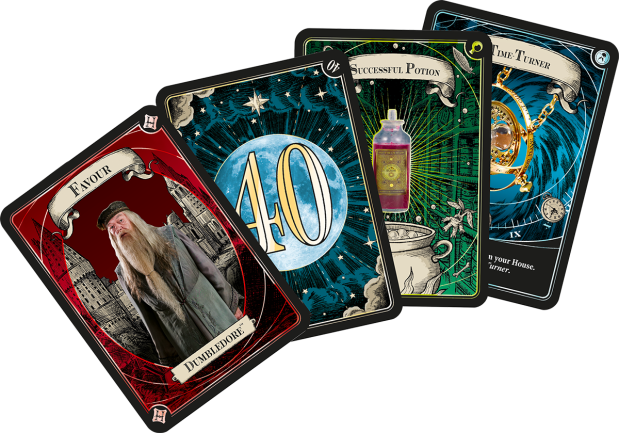 There’s a lot to like here. The gameplay is fairly simple, even for under the recommended age of 8+ (though they may need help with some of the card text, they quickly get the hang of it from the art), and the components – especially the wands – are great. It slightly irks me that you can’t have two players from the same house in a 4-player game, but it’s easy enough to reconcile (you just use a different score tracker). I do, however, love the twins mechanic, so that where you have an odd number of players two of you can team up, Fred & George style. So grab those wands, put on your house colours and win the cup! Expeliarmus!

As always, don’t forget to head over to our November Giveaway Post and comment there, BUT if you would like an extra entry you can comment below with your favourite Star Wars, Harry Potter or Pandemic system game, OR which one you’d most like to add to your collection from the review above!

And remember to Like, Comment and Share across your socials (FB, Insta and/or Twitter) tagging us @bigcomicpage & @games_with_graven to bag yourself a bonus entry! UK only unless you’re willing to fork out the postage, alas.

The winner will be announced on the monthly giveaway post on the first Monday in December, which will be part of our annual Xmas Geeky Gifting Special, featuring books, toys, and games galore! Till then, my lovely nerdlings!

4 Comments on Geeking Out – A War of Clones and Wizards! 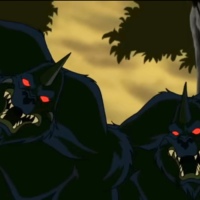 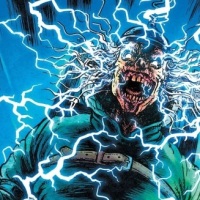 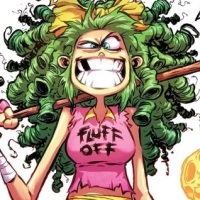 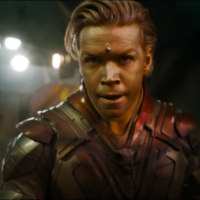