Is it Tuesday again already?  Well, there’s a lot of exciting releases set to hit the shelves tomorrow, and simple comic fans like ourselves can sometimes end up feeling a little overwhelmed with just what to spent their hard-earned pennies on.  Fortunately though, I’m here to give you guys a little nudge in the right direction.

So without any further ado, let’s get this show on the road with…

Marvel’s Infinity Crossover has been absolutely stunning thus far, and the benefits of having one of the better writers going at the moment (Jonathan Hickman) handling pretty much the entire event have been pretty easy to see thus far.  Everything flows extremely well, and with this issue promising to feature Illuminati defending Earth from Thanos’ invasion, I can’t see a single reason why anyone would even consider not picking this up.

A title that’s managed to put a fresh slant on what could easily have become a re-hashed storyline, this book has been a complete revelation by virtue of Grek Pak’s incredibly creative writing and Jae Lee’s jaw-dropping artwork.  This issue continues the Earth-2 goodness, and – perhaps most importantly-  features JAE LEE DRAWING DARKSEID!  So yeah, you have no excuse now.

Even if you’re not already an American Vampire fan (although I can’t for the life of me think why you wouldn’t be), the sheer level of talent assembled for this anthology of “lost tales”, old favourites and new characters simply cannot be missed.  Snyder? Albuquerque? Lemire? Rucka? Simone? Cloonan? Francavilla? Seriously… you guys need to pick this up.  I’ll be personally offended if you don’t.

DC’s Trinity War has actually been pretty solid to this point, and seems to be building to an undeniably epic conclusion.  This is the issue where everything finally kicks off leading into Villains Month and Forever Evil, so you really owe it to yourself to pick it up and see what the Geoff Johns has in store, and what the secret behind Pandora’s Box really is!

Featuring the first five issues of one of the most (if not the most) innovative, creative and just plain cool comics right now, this is a bandwagon you guys need to get jumping on if you’re not there already.  Gillen and McKelvie are putting something extremely accessible and gloriously awesome together, and you really owe it to yourself to at least take a look.

And that’s all for this week.  Let us know what title you recommend, and whether you decided to pick up any of the titles I suggested.

I’ll see you back here next week for another look at the comic week’s comics. 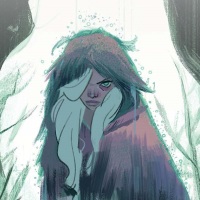